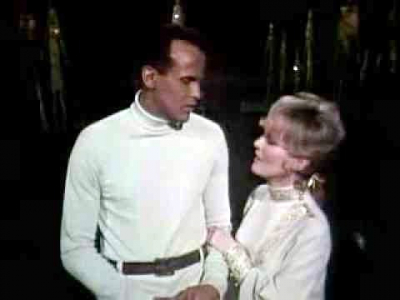 1967: NBC airs Petula Clark’s first and only TV special, Petula. During her duet with Harry Belafonte, she spontaneously reaches out and touches him on his arm. Sponsor Chrysler Motors wants the moment cut from the show, fearing a backlash from Southern viewers. Clark refuses and the show airs with the touch intact, becoming the first interracial contact to air on American television.

The nation, somehow, endures the shock. (Yes, that was sarcasm.)