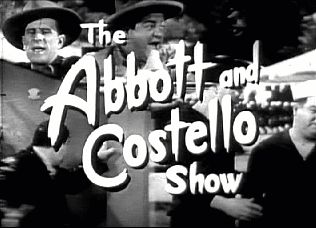 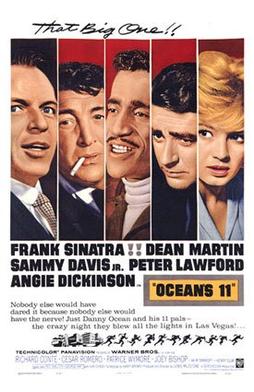 On paper, this TV series couldn’t miss. It was created by the two guys (Bill Persky & Sam Denoff) who had been head writers on The Dick Van Dyke Show and had launched Marlo Thomas to stardom by creating That Girl for her just a year earlier. It had TV series geniuses, Sheldon Leonard and Carl Reiner, calling the shots behind the scenes. 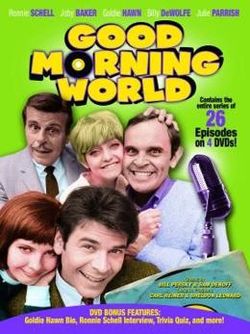 Unfortunately, Good Morning, World crashed and burned after only a single season.

The show’s premise was original. It starred Ronnie Schell and Joby Baker as a pair of zany morning DJs named Lewis & Clarke at a struggling L.A. radio station owned by Billy DeWolfe. Baker was married to a cute, sexy wife (Julie Parrish) while Schell was dating a ditzy blonde, played by a newcomer named Goldie Hawn.

What went wrong? It seems the show’s writers chose to focus the show on the wrong characters. The series began as a starring vehicle for Schell, who had become a breakout character as Jim Nabors’ best buddy on Gomer Pyle. But the writers treated the show like another Dick Van Dyke, revolving most of the plots around Baker and Parrish as the young married couple. 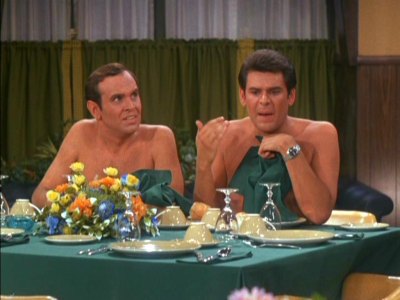 The problem was that Baker was no Dick Van Dyke and Parrish was no Mary Tyler Moore. Apparently, Baker had real trouble memorizing his lines while Parrish was battling some real-life medical issues. So, the characters with the real comedic chops, Schell, DeWolfe and of course, Hawn, were relegated to supporting character status. In fact, Hawn only appeared in a handful of the series’ 26 episodes.

According to Schell, there was talk of a second season, recasting the Baker & Parrish roles, but CBS decided instead to simply throw in the towel.

There was a silver lining. Schell was welcomed back onto Gomer Pyle while a producer named George Schlatter had caught the show and thought the ditzy blonde actress might have potential. He called Goldie and asked her if she might want to continue playing basically the same character on a new variety show he was putting together. That show was called Laugh-In.

Hawn said yes and the rest is show biz history. 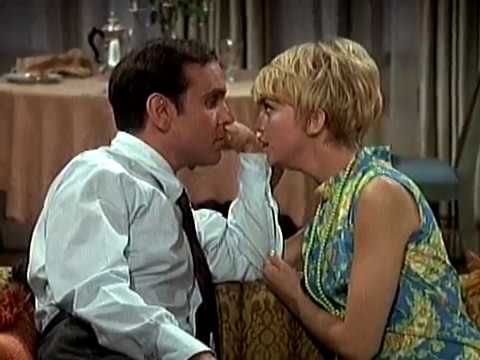 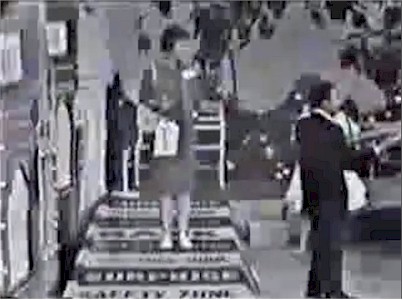 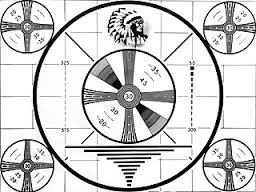 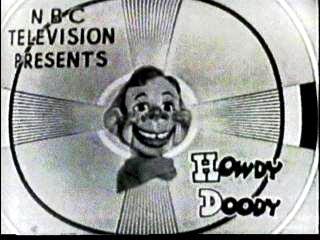