For a show that lasted only a single season, a surprising number of Baby Boomers remember the situation comedy My Living Doll. Perhaps that’s because once seen, Julie Newmar cannot easily be forgotten.

The situation was simple. Newmar was a sophisticated robot (who would still be sophisticated by today’s standards). Originally label "AF 760," she was supposed to be a secret Air Force Project. But her creator decided he was not going to turn her over to themilitary. Instead, she was placed in the care of his friend, a psychiatrist (Bob Cummings) when her creator was transferred overseas. The doctor then tried to teach the robot, who he named Rhoda, how to emulate a human female while also keeping her true nature a secret. Along for the ride were the psychiatrist’s sister (Doris Dowling), who lived with the pair so the neighbors wouldn’t gossip (those were the days) and a horny neighbor and co-worker named Peter Robinson (Jack Mullaney) who had the hots for the robot without knowing she was just a machine. 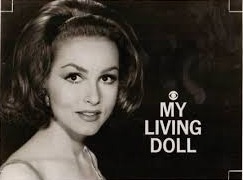 Each week, Newmar’s robot was placed in situations like a blind date, a wedding proposal, a beauty pageant, etc. that threatened to expose her decidedly unhuman nature.

Julie's training as a dancer (and her 6-foot, leggy figure) helped audience believe she was the mechanical marvel she was portraying. Her acting ability turned a character who was supposed to be devoid of emotion into someone the audience rooted for.

(What was really unbelievable about the show was the fact that her caretaker was so much of a wolf in public, yet never even allowed the robot to strip naked in private.)

But with My Living Doll, the real drama was taking place off camera.

Before They Were Stars 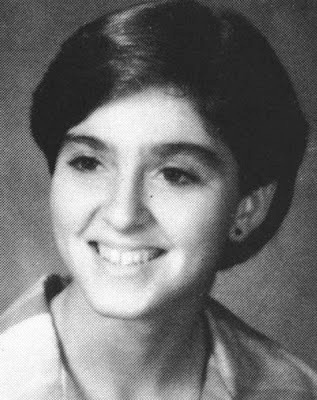 Even the biggest of American pop stars were nerdy teenagers at one time and had to pose for yearbook photos.

And so this is what Madonna looked like in her pre-Material Girl days.

Maybe it was just slightly ahead of its time, but Occasional Wife deserved more than the single season on NBC that it got.

Michael Callen starred as skirt-chasing junior executive Peter Christopher. He loved his job at a baby food company, but the big boss Max Brahms (Jack Collins) believed in only married executives, preferably married execs that planned on having plenty of babies. Unwilling to give up the bachelor life or his career goals, Christopher hired cocktail waitress Gretta Patterson (Patricia Harty) to pretend to be his wife… occasionally. (You see where the title comes from).

What Gretta got out of it was a free apartment (two floors directly above Peter’s) and a generous allowance that allowed her to leave cocktail waitressing behind.

Much of the physical comedy involved the couple having to perpetually scramble up and down the fire escape between their apartments to either appear to be married (if the boss was around) or unmarried (if one of Peter’s many girlfriends happened to drop by). The series had a running gag involving the neighbor (Bryan O’Byrne) who lived between their two floors observing their comings and goings without ever uttering a line. 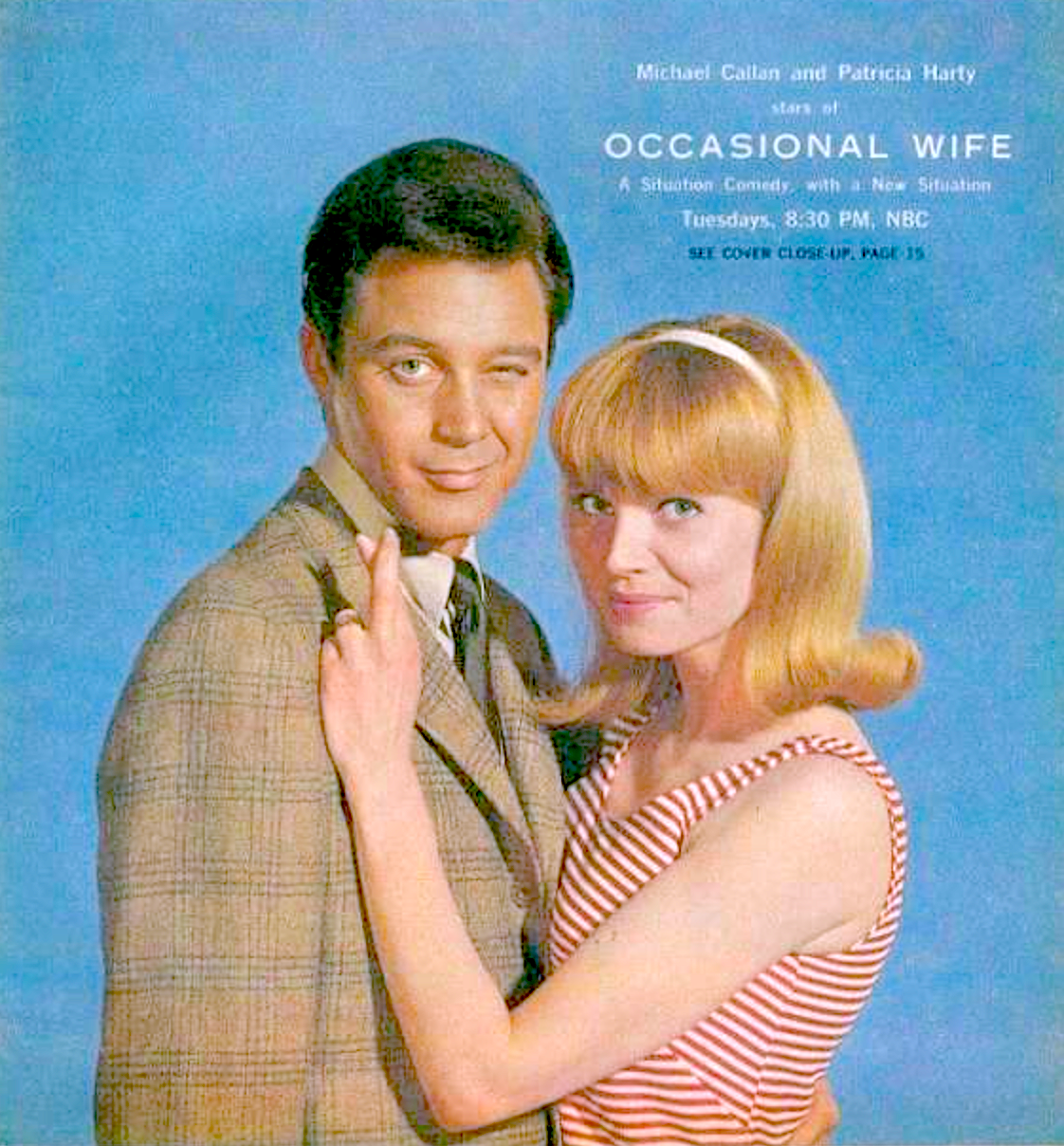 The show also gave early work to Stuart Margolin (who gained fame as Angel on The Rockford Files) and Jack Riley (who became Mr. Carlin on The Bob Newhart Show).

There was real chemistry between Callan and Harty. So much so that the two eventually became a real husband and wife two years after the show left the air.

The show debuted to solid ratings, but as the season wore on and ABC’s The Invaders gained viewers, Occasional Wife slowly sank in the ratings and was cancelled after its first season.

As there were only 30 episodes, it never really went into syndication and has not had an official release on home video. It’s a shame because it was a comedy that was funny – more than occasionally! 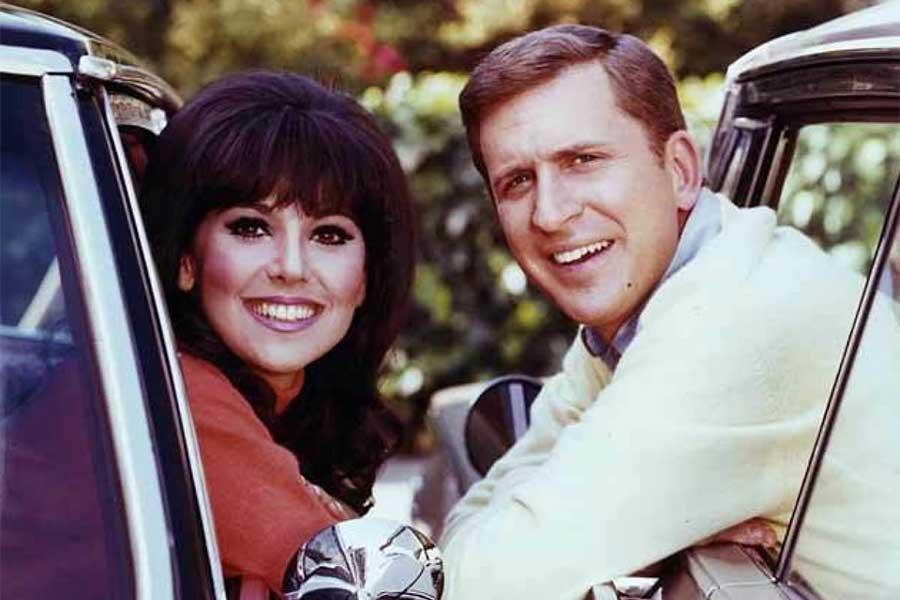 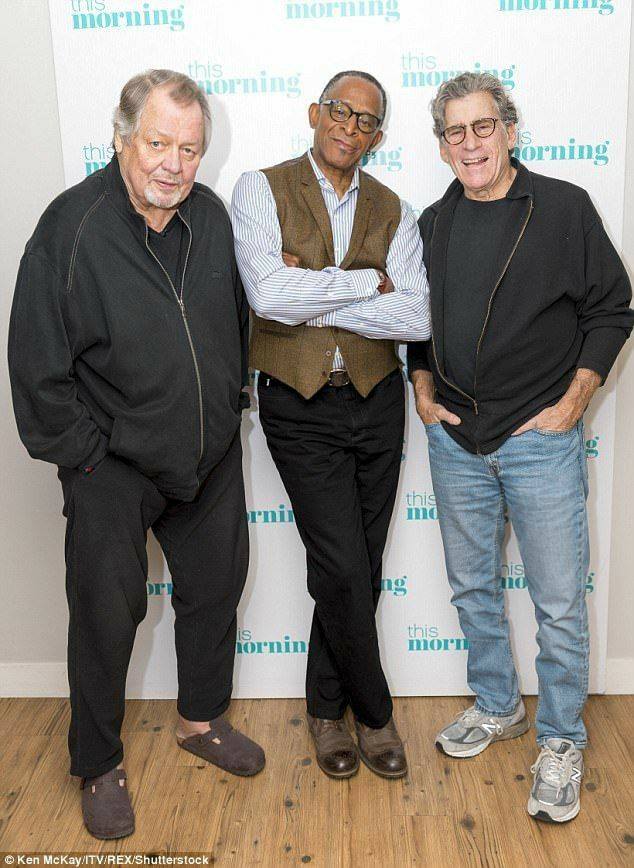