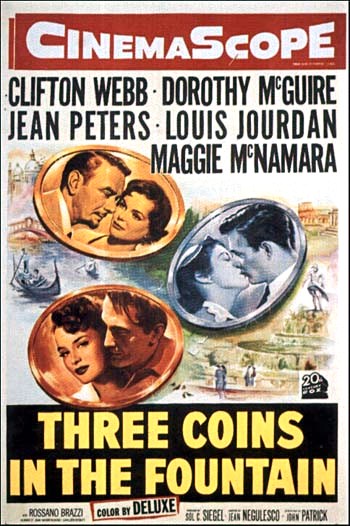 The girls live in an impossibly huge, luxuriously furnished apartment and Peters and McGuire also seem to own extensive designer wardrobes, indicating secretaries must have earned fantastic salaries in those times. 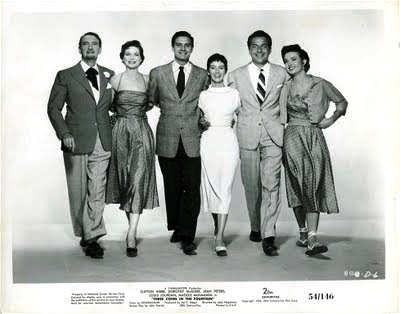 The scenery is fantastic, but one begins to notice that this is an Italy devoid of Italians. Only Peters' love interest, Rossano Brazzi, and his family in the country are authentically Italian. McNamara’s love interest is an Italian prince, played by Louis Jordan. The other cast members courteously refrain from asking the prince why he has an English mother (Cathleen Nesbitt) and speaks with a French accent. Whenever these characters visit famous landmarks, there are no tourists or locals to be seen anywhere.

The film is billed as a romantic comedy. It’s very long on romance and very short on comedy. The title is also something of a cheat as only two of the American girls actually toss a coin into the legendary Trevi Fountain.

Curiously, the film does not open with credits. It opens with an uncredited Frank Sinatra singing the now-classic title tune (which did win the Best Song Oscar) to a montage of breath-taking footage of fountains all around Rome. When the song finishes, there is a brief dip to black and then we fade up on the film’s opening titles. Apparently, movie audiences had a lot more patience back in 1954.

Still, it does make for the most interesting travelogue on Rome ever filmed. 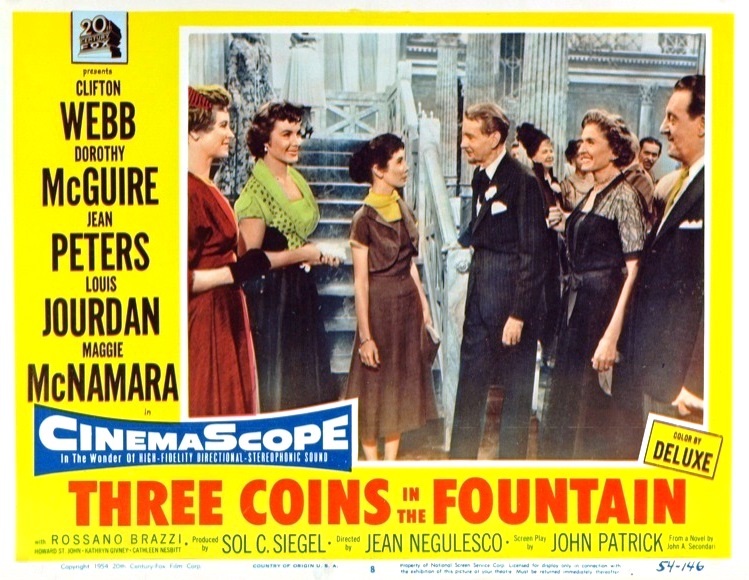