Boston Blackie began life as a jewel thief and safecracker in a series f pulp stories written by Jack Boyle. He reached his greatest fame in a series of mystery movies produced in the 1940s by Columbia Pictures. In the movies, Blackie was now a reformed jewel thief, who nonetheless is always suspected by police inspector Farraday of being the guilty party in the mystery of the moment. 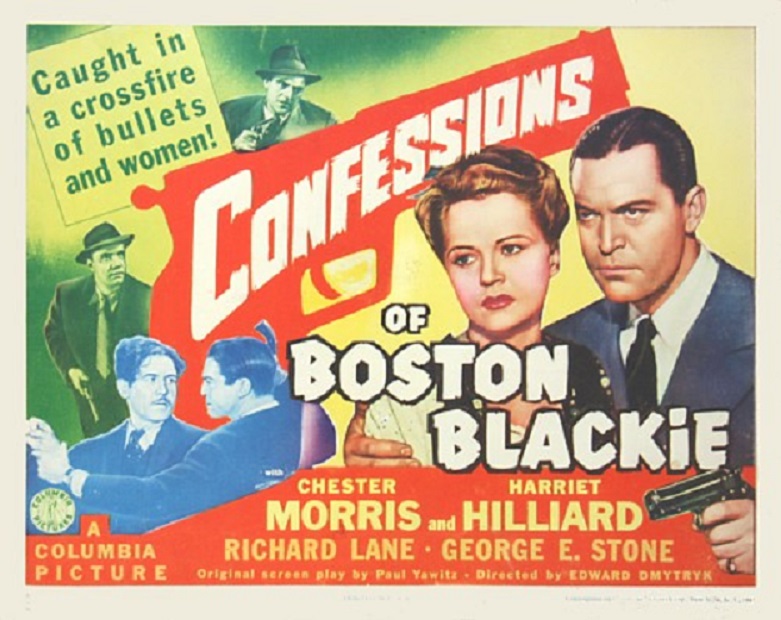 Portrayed on the screen by Chester Morris, Blackie was the engaging, witty rascal, always one step ahead of the police. He was drawn into solving these crimes in order to clear his name and get the cops off his back. A strong undercurrent of comedy ran through the popular series.

The film series (14 in all) led to a concurrent radio series beginning in 1944, initially also starring Morris.

It was inevitable, then, that Boston Blackie would get the call in the early days of TV. However, several changes were made that probably doomed the character to a short run. Blackie’s criminal past was hardly ever mentioned. Exactly what he did for a living was never explained, but he definitely was not a private eye. So, why he spent all his time solving other people’s mysteries was the biggest mystery of all. He wasn’t a cop. He wasn’t getting paid. And he wasn’t suspected by the police. He was just a buttinsky. 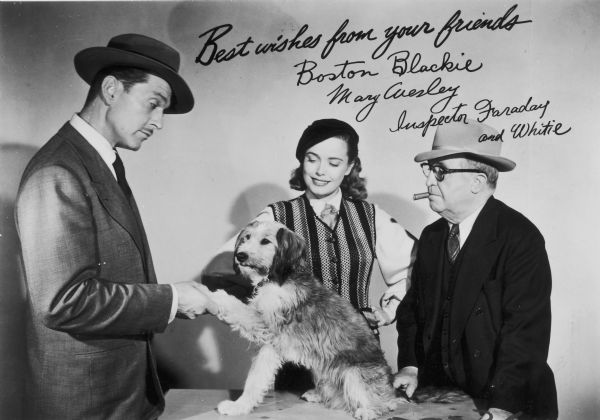 Blackie was portrayed by Kent Taylor on the TV series. Lois Collier was cast as Blackie’s ever-present girlfriend, Mary with Frank Orth playing Inspector Farraday as an even bigger blockhead than he was the movies.

Produced by Ziv Television (who also gave us Bat Matterson, Sea Hunt & Highway Patrol among others), the series was only in production for 2 seasons (1951-1952) and was sold directly to local stations through syndication. Despite the low umber of episodes, many stations continued to rerun the series until color really took hold and series with far more episodes made Blackie a thing of the past.

The series is remembered to day only because its lead gave Jimmy Buffet the inspiration for his song “Pencil-Thin Mustache” – an ode to several long-gone shows from TV’s earliest days.
As the series has passed into the public domain, there are several video collections of various episodes available for the home video market. 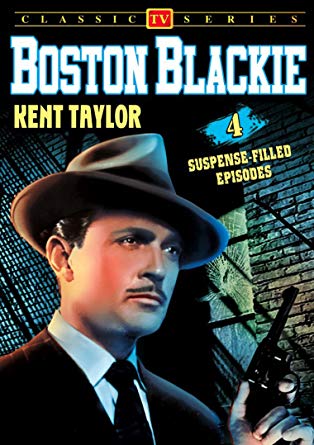