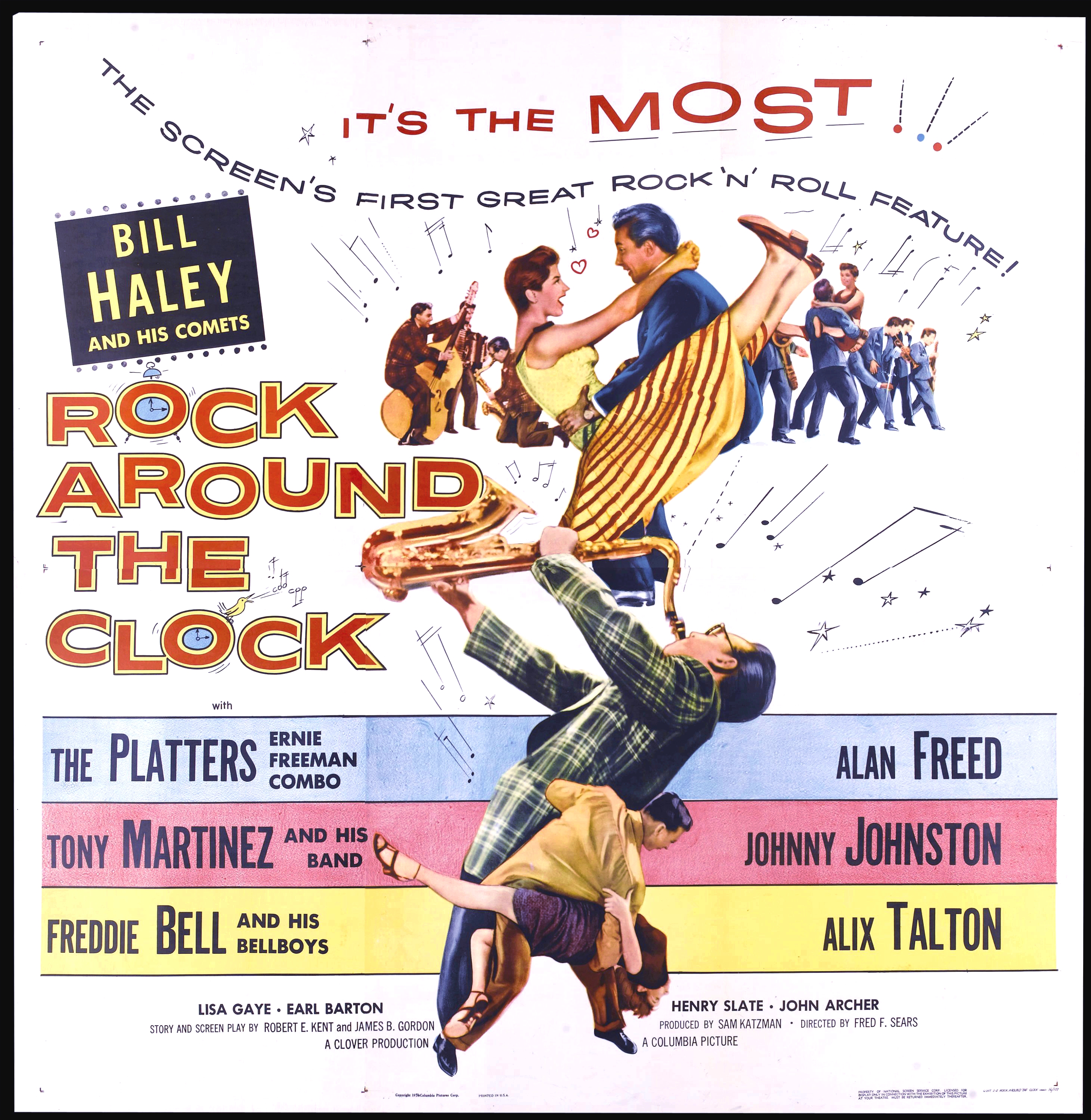 The very first “rock & roll” film is also one of the best. Rock Around the Clock was rushed into production to capitalize on the success of its title song. That song had been released by Bill Haley & His Comets in 1954 to almost total apathy. It was forgotten until it became the song that played behind the opening credits of the definitive film about 1950s’ juvenile delinquency, Blackboard Jungle, in 1955. Overnight, rock & roll went from a small following of teenagers in a few cities to a nationwide phenomenon.

Columbia Pictures, always one of Hollywood’s lesser studios, decided to jump on the craze and quickly threw together a film that would showcase the music industry’s newest stars. The film was shot in one month (January, 1956) and rushed into theaters in March. Apparently, the studio was taking no chances that the “fad” for rock would die before they got make some money off of it.

In addition to Haley, the film also featured the Platters (performing what turned out to be their two biggest hits, “Only You” and “The Great Pretender) and a never-was rock ensemble that billed themselves as Freddie Bell and His Bellboys for the kids. The also an act aimed at a little older demographic, Tony Martinez and His Band. 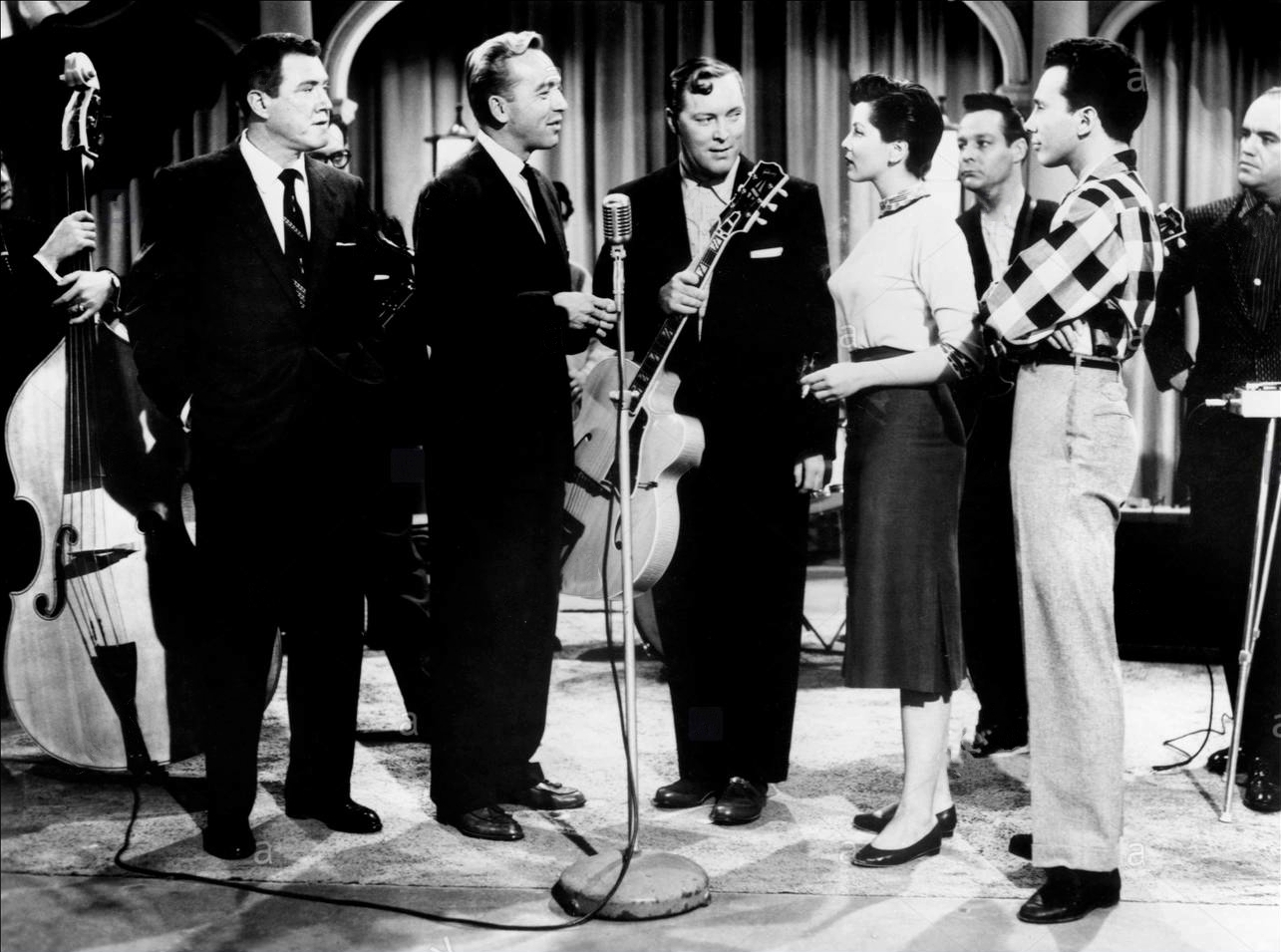 The plot (or what passes for a plot) involves band manager Steve Hollis (Johnny Johnston) tiring of big bands stumbling on Haley and his Comets in a little backwater town. Convinced rock is going to be the next big thing, he signs the band and two local dancers, a brother and sister. The only snag is that all the booking for the big nightclubs are controlled by a scheming booking agent named Corrine Talbot (Alix Talton). She won’t book the Comets until she can get Hollis to agree to marry her. Hollis only has eyes for Lisa Johns (Linda Gayle), the sister half of the jitterbugging couple who dance while Haley plays.

Unlike many of the rock & roll exploitation films that came later, Rock Around the Clock actually has some decent production values and Gayle & Johnston are talented enough performers to keep you somewhat interested in the plot.

The film features 9 songs by Haley and his band, including “See You Later Alligator, which was recorded and released only a month before the movie. 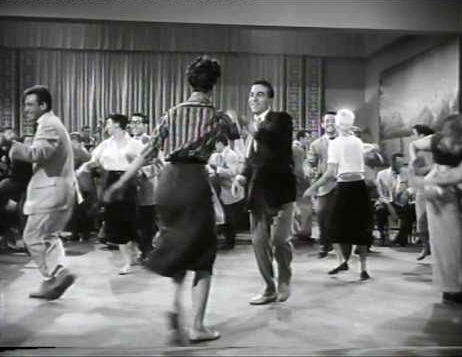 It’s worth a watch if only because the initial jitterbug sock hop at which Haley’s group is discovered appears to have been one of the inspirations for the high school dance scene in Grease.

A couple of interesting tidbits about Rock Around the Clock: 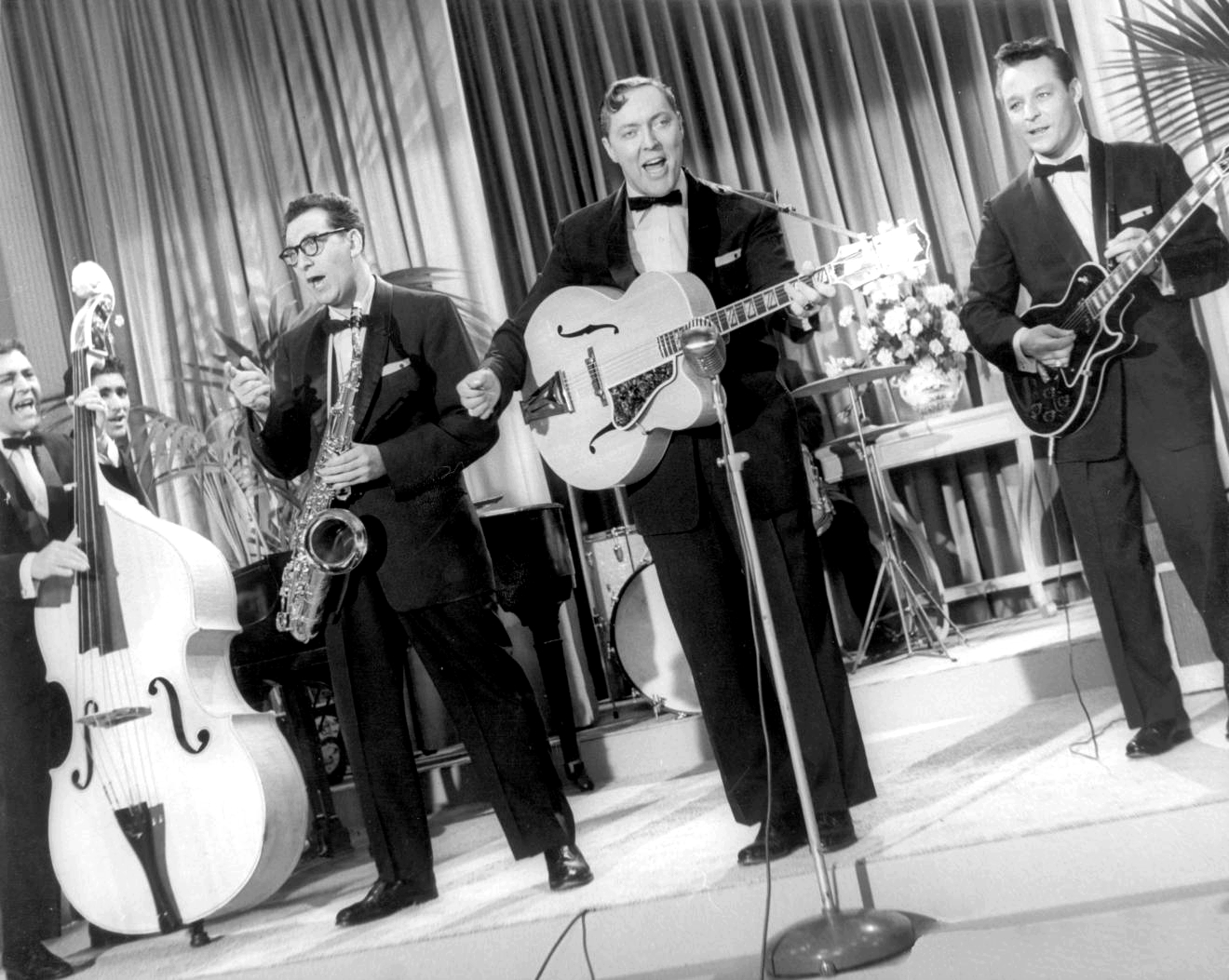 •  It would be remade only a few years later as Twist Around the Clock with Chubby Checker (as well as a remake sequel, Don’t Knock the Twist).

•  Something most audiences were not used to at that time, white, black and Hispanic acts perform at the same venues in the film – and in the finale, perform together – signaling the beginning of a shift in popular conceptions about race relations.

•  Curiously, a soundtrack album for this movie has never been released in the U.S. 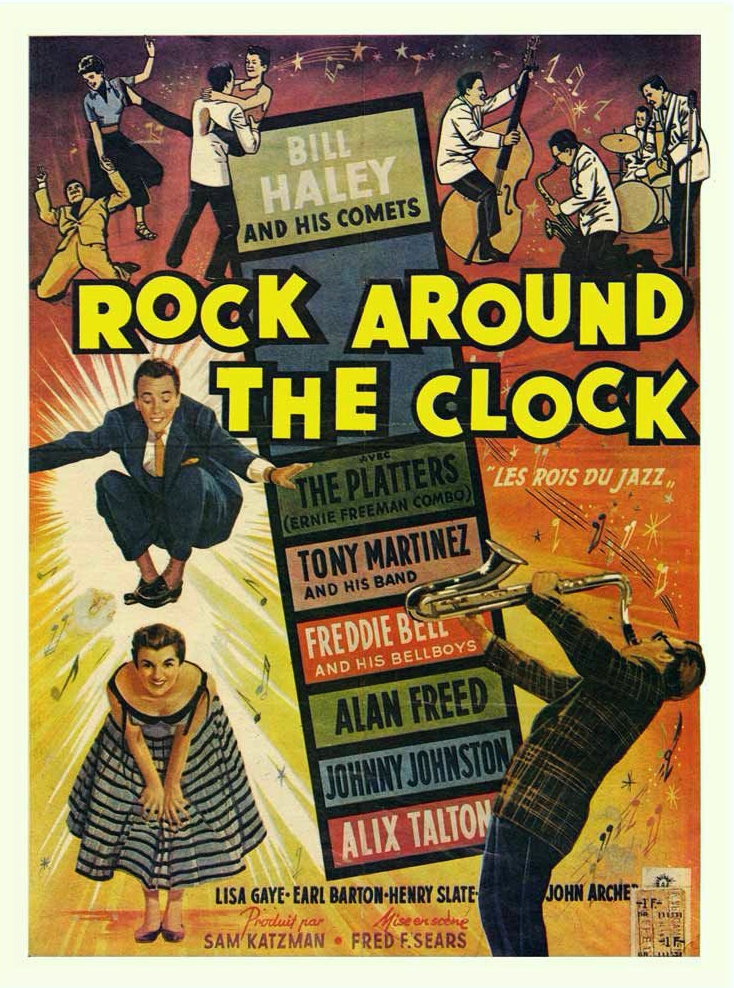