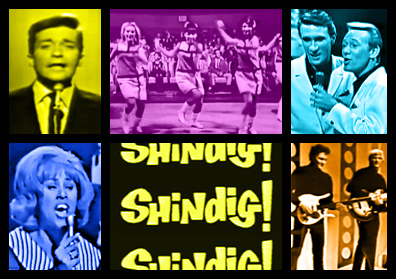 Rock & Roll had only gotten a toe-hold on American television until the debut of Shindig, the first prime-show dedicated solely to rock music and Baby Boomers!

Prior to this, the only time you’d see a rock act in prime time was on The Ed Sullivan Show, but Ed would keep rock quarantined to a single act per show – and always intermingling with opera singers, plate spinners, Borscht Belt comics and singers who appealed to your mom and dad.

Yes, we had American Bandstand, but that aired in the late afternoon along with other “kid shows” like Huckleberry Hound. Shindig was the first time an entire 30-minute block was given over to appealing to the Baby Boom generation on a weekly basis.

Read on to discover more fascinating facts about this ground-breaking TV series! 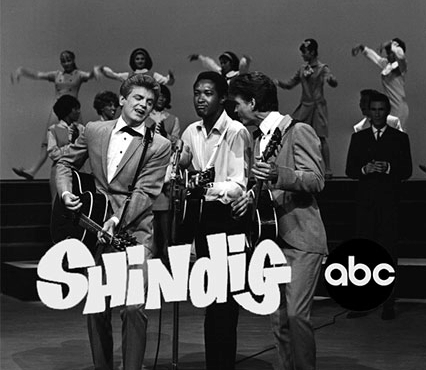 Put together by British entrepreneur, Jack Good and L.A. deejay, Jimmy O’Neill, the show was launched on September 4, 1964. It was an immediate hit. By January, the program expanded to 60 minutes. The show never took a break or aired a rerun. They cranked out 52 editions of the show in that first year!

The style of the show came as close to Top 40 radio as they could get. Songs slammed into each other at a breakneck pace without any announcing in between – the name of each act simply appearing on screen. The end of the show generally featured all the artists from that episode joining together – creating some once-in-a-lifetime pairings (like Sam Cooke and the Everly Brothers as you can see in the picture to the left).

When the second season started in the fall of 1965, they made their first mistake. They broke the show into two editions, running for 30 minutes on Thursday and Saturdays. The big problem was – there were damn few teenagers who were staying home on Saturday nights. That edition of the show had terrible ratings.

Shindig also got almost immediate competition when NBC launched Hullabaloo in January of 1965. 90 minutes of rock music a week proved to be too much of a good thing. Shindig was cancelled in the middle of its second season – ironically replaced with another 2-night-a-week show, Batman! Hullabaloo held out for a few more months but was also cancelled at the end of the 1965-66 television season.

While Shindig featured incredible performances by legendary singers and musicians, the show had only a few “best of” VHS tapes released and, to date, no DVDs – although there are some grainy bootleg sets floating around, if you know where to look.

Here are some more interesting facts about Shindig:

The show simply couldn’t book enough big-name talent each week to fill up each show. Instead, they relied on a stable of “house artists” who contributed to every show by singing covers of other people’s hits. Pulled from the ranks of L.A.’s top session singers and musicians, they included several performers who found fame a little later:

Because rock was so new, while the British Invasion acts were the show's main focus, Shindig featured lots of the Founding Fathers of Rock, even though most were already past their peak in teen appeal. These included: 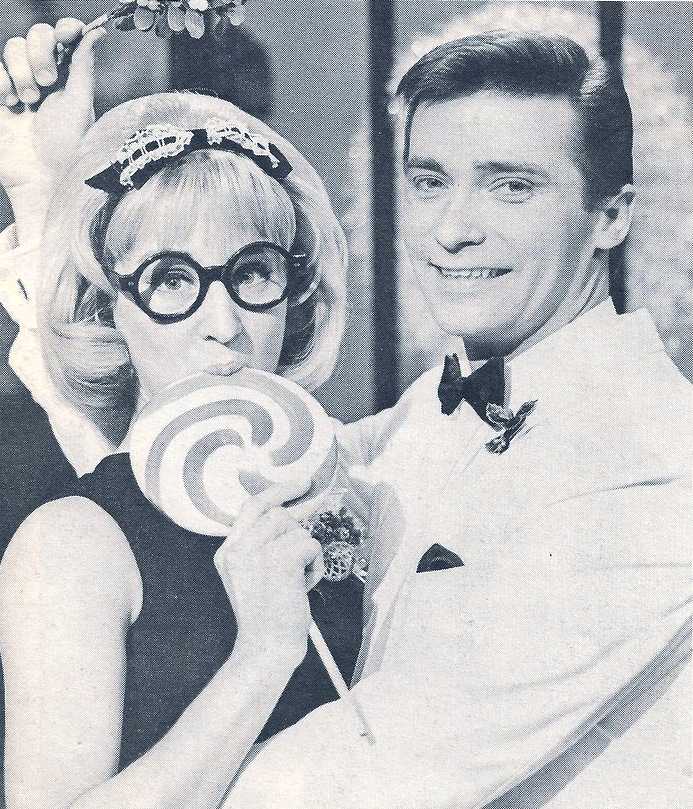 There was a pilot episode filmed but never aired that featured Little Richard. Little Richard never appeared on the show was it went to broadcast.

The Shindig Dancers became almost as popular as some of the house singers. Terri Garr and Toni Basil danced in some of the early episodes and one dancer, Carole Shelyne, became extremely popular when she was given a pair of horned rim glasses to wear while performing (she didn't really wear glasses). Her popularity was so great that she recorded a song “The Girl with the Horned Rim Glasses” to capitalize of her noteriety. She went on to a very successful acting career after the show ended, changing her name to Carolyne Barry and including a memorable role on the first Star Trek series. 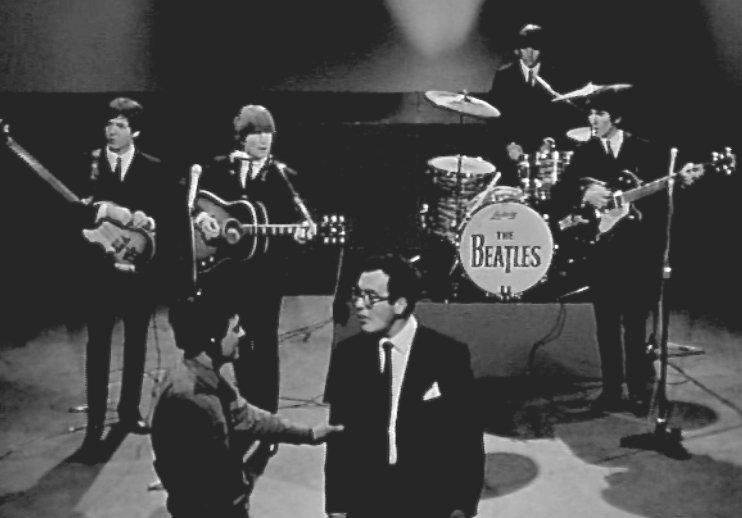 The show really took off when the Beatles appeared on the 4th episode. Although their manager, Brian Epstein, appeared on Shindig’s competitor, Hullabaloo, the Beatles never did.

We all remember the Stridex pimple cream commercials that Jimmy O’Neill did. What we didn’t know then was that those “typical teenagers” all came from central casting. In fact, a young Tim Matheson (still a few years away from Animal House) was one of the kids who discovered that his pancake make-up would indeed wipe off on the Stridex pad, making it look like it could really do a job on zits!

Because the show ran on ABC, the network used it to try and promote the singing careers of young performers who were appearing on other network shows: like Patty Duke, Paul Petersen and Shelly Fabares.

Especially in its early episodes, the show would often mix in undiluted gospel and country music next to the rock acts.