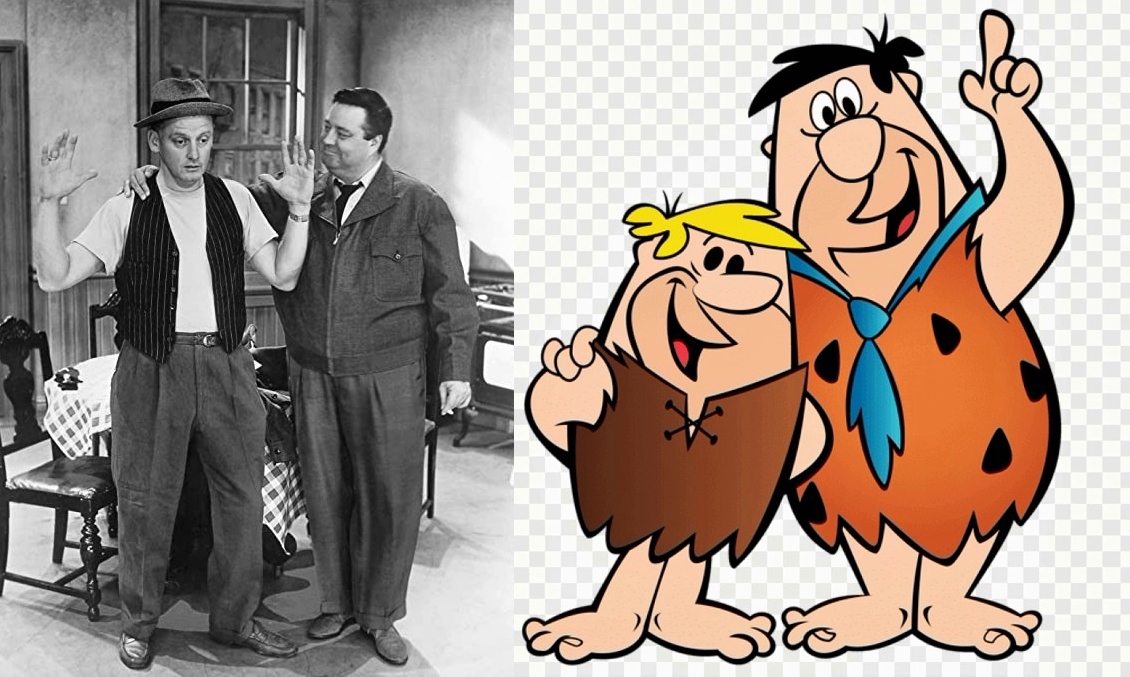 The popular 1960s cartoon The Flintstones became a hit around the world but was not well received by one of television’s most iconic actors of all time, Jackie Gleason. According to Alan Reed Jr. (son of Alan Reed, who voiced Fred Flintstone), The Flintstones was inspired by The Honeymooners, Fred taking on the short-tempered and overbearing characteristics of Gleason’s vociferous Ralph Kramden while Barney’s rather goofy nature was modeled on Art Carney’s Ed Norton.

Gleason was none too pleased that the modern stone-age family was patterned after his beloved show and contemplated suing the creators of the cartoon. Although Gleason’s lawyers informed the actor that he could have The Flintstones canceled, they cautioned him that he would be known as “the guy who yanked Fred Flintstone off the air.” Understanding that many children and parents would be saddened, Gleason ultimately decided to let bygones be bygones.