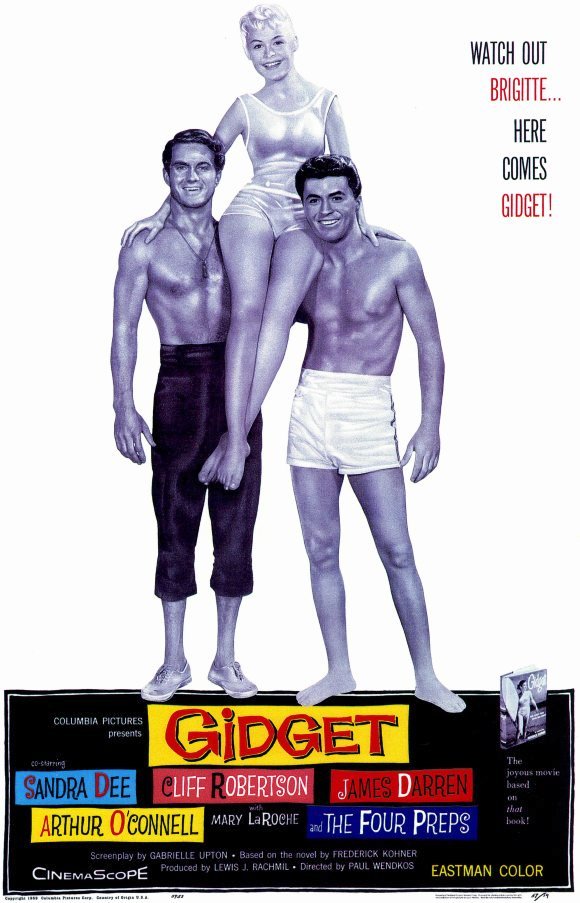 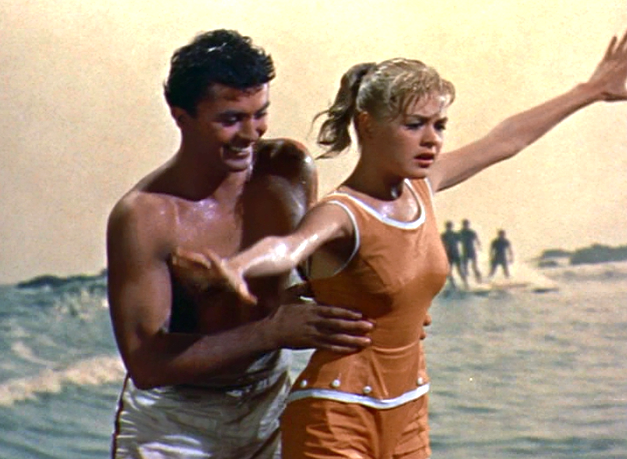 The movie was based on a book written in 1957 by Frederick Kohner. The book was based on the real life adventures of the author’s daughter, Kathy who was the first female to successfully infiltrate the small California sub-culture of surfers a few years before that. The males really did call her “Gidget” (a contraction of “girl” and “midget”).

In addition to Ms. Dee in the title role, Columbia Pictures cast future Oscar-winner Cliff Robertson as the head of the surfers (the Big Kahuna) and actor-singer James Darren as Gidget’s would-be boyfriend Moondoggie. While Gidget would change from film to film, Darren is, was and always will be Moondoggie.

The film was actually shot in the winter at Leo Carillo State Park in California. Sandra Dee reports that she had a major crush on Darren during filming and would have gladly surrendered her real virginity to him (mirroring one of the film’s plot threads), but Darren was married at the time and says he did all he could not to give into temptation (sort of  like what ultimately happened in the film)! 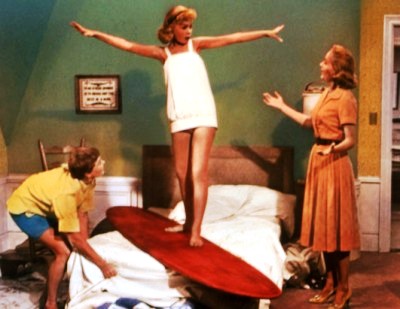 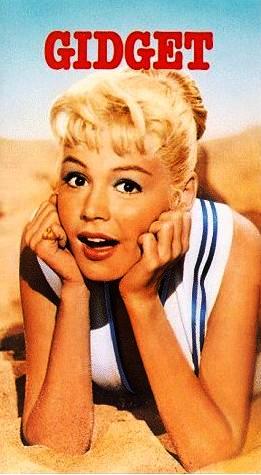 If you watch it today, Gidget is a cut above the Frankie & Annette movies with much better production values and much less gratuitous footage of young girls shaking their bikini bottoms for the camera.

BTW the real Gidget is still around. We’ll have more on her soon!