Imagine a TV series where Miss Hathaway from Beverly Hillbillies, Alice from The Brady Bunch and Dobie Gillis all hung out together. There was such a series in the 1950’s, originally called The Bob Cummings Show, but better remembered due to the name it adopted for its far longer tenure in syndication, Love That Bob! 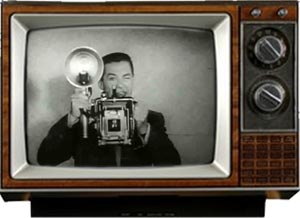 Cummings played a glamour photographer who was always surrounded by stunningly gorgeous models, many of whom he loved and left. Back then, he was a rakish playboy. Today, we’d call him commitment-phobic. Bob’s character was also interested in aviation.

In real life, photography and flying private planes were two of Cummings’ major interests. We suspect dating beautiful women was also an interest as he was married five times.

On Love That Bob, Cummings lived with his widowed sister, played by Rosemary DeCamp and her son, Chuck (played by Dwayne Hickman). Chuck idolized Bob to constant worry of his sister. 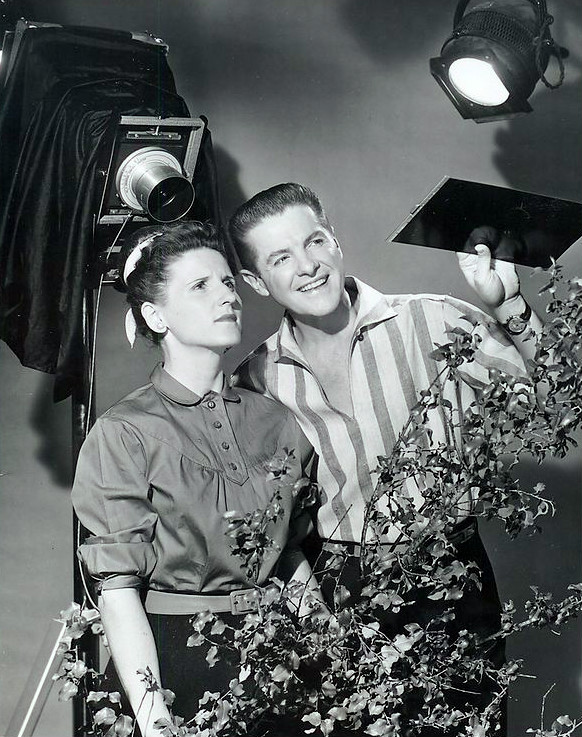 The real breakout character on the show was Bob’s lovelorn secretary, Schultzy, played by the immortal Ann B. Davis. Schultzy made no secret of her love for Bob, but she was hopelessly outclassed by the drop-dead gorgeous models who filled Bob’s studio. Ann B. Davis fared somewhat better. She received two Emmys for her work as Schultzy and eventually gained TV immortality when she was cast as the housekeeper on The Brady Bunch.

(Davis actually returned to the Schultzy character in The Brady Bunch Movie made in 1995!)

Also occasionally dropping around the office to moon over Bob was Nancy Kulp as Pamela Livingstone, an avid bird watcher. And on several episodes, Cummings played dual roles, appearing as his own grandfather, Josh Collins. 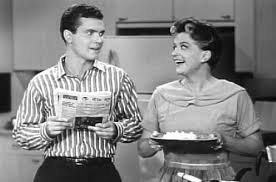 The creator, producer and head writer for the show was a guy named Paul Henning. He would go on to greater fame and much greater fortune as the creator of The Beverly Hillbillies (where he cast Kulp as Miss Hathaway), Petticoat Junction (where CBS actually let him name a town Hooterville) and Green Acres (still one of the most surrealistic shows ever on network television).

Love That Bob started out on NBC in 1955, then moved to CBS for two years and then back to NBC for another two years.

Stan Lee said he initially based the Pepper Potts character in Iron Man on Davis’ Schultzy, although he quickly moved the character in another direction. 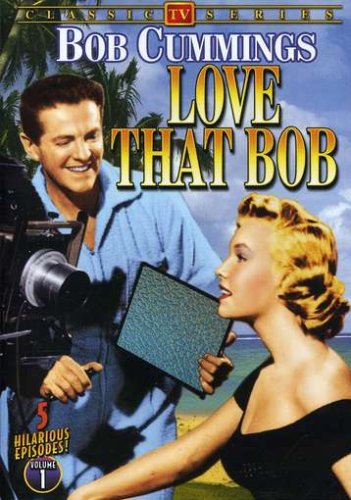 Many of the shows episodes have lapsed into public domain and can be found on a variety of budget DVDs.

BTW – the show was bankrolled by none other than George Burns, who knew a thing or two about good comedy.