This week’s featured presentation is the film that signaled the end of Beach Party movies. Frankie and Annette traded their swimsuits for stock cars in FIREBALL 500.

Released in 1966, the film was co-written and directed by William Asher, the same guy who first teamed Avalon and Funicello in the original Beach Party a few years earlier. 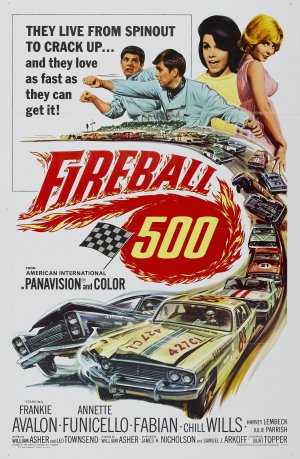 It’s worth a look not just to see the Beach Party gang try something different (and pretty much fail), but as a glimpse at the fledgling organization known as N.A.S.C.A.R. According to the film, stock car racing was such small potatoes (mainly popular with kids from California and Southern good ol’ boys) that a guy like Frankie had to augment his income as a stock car driver by hauling moonshine!

Better still, Annette works in a carny where she tries to attract male customers for the hoochie coochie show. (No, I am not making that up.)

Thank goodness Eric Von Zipper (Harvey Lembeck) is still around. Only he seems to have changed his name to Charlie Bigg and no longer runs around with the least threatening bikers in movie history. 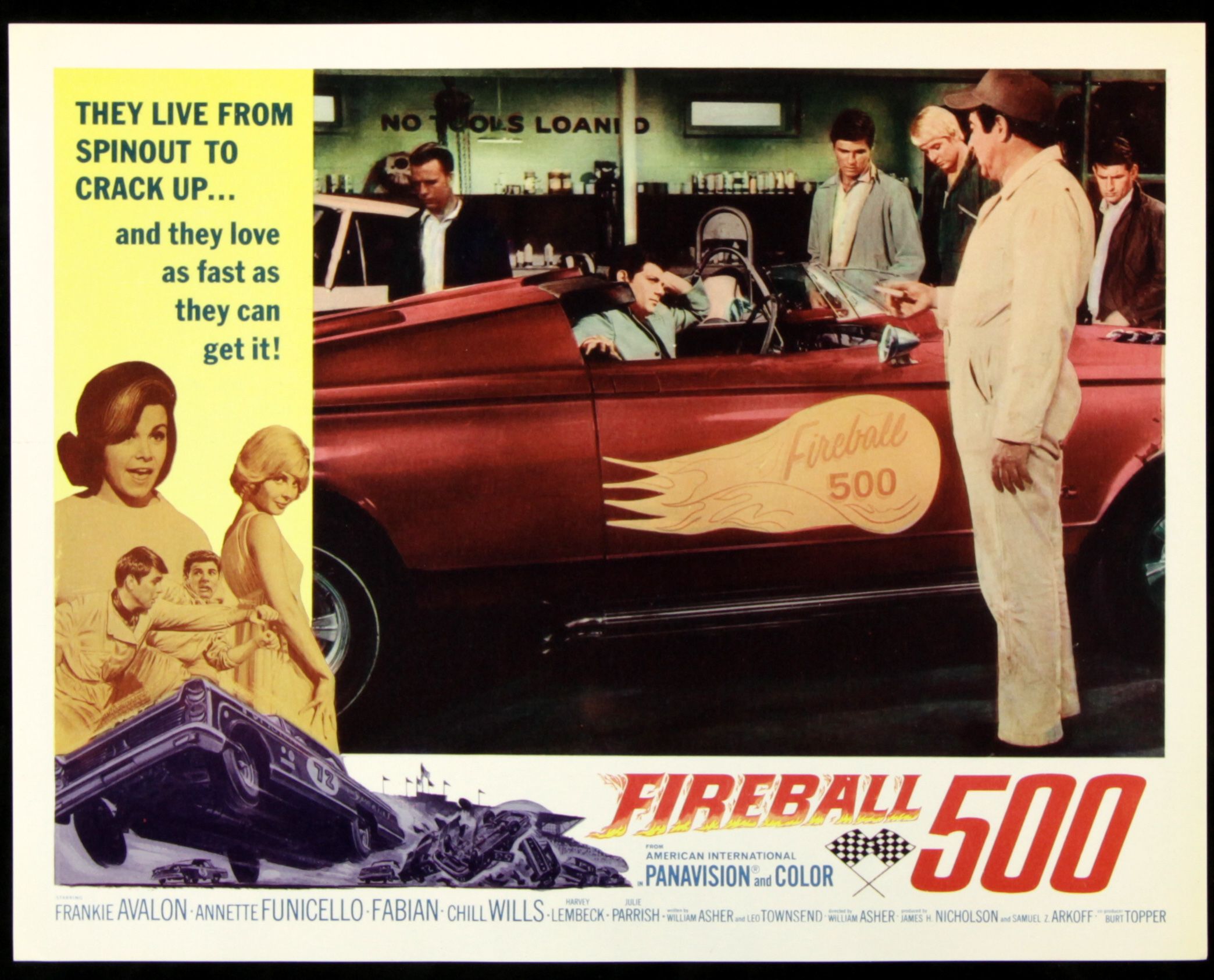 The film also features Fabian, Chill Wills and Julie Parrish. But it’s all to no avail. No gilrs in bikinis shaking their behinds at the camera meant very tepid box office. The film spawned only one sequel (Thunder Alley) and marked the last time Frankie and Annette would avoid having sex with each other.

By the time the duo were finally reunited for 1987’s Back to the Beach, they would be a married couple with a growing kid, giving them a whole new excuse for avoiding sex.