Unfortunately, due to the COVID-19 pandemic, Dick Pillar and His Polka Posse have had to cancel this year's Polkabration. Refunds available where you bought your tickets. 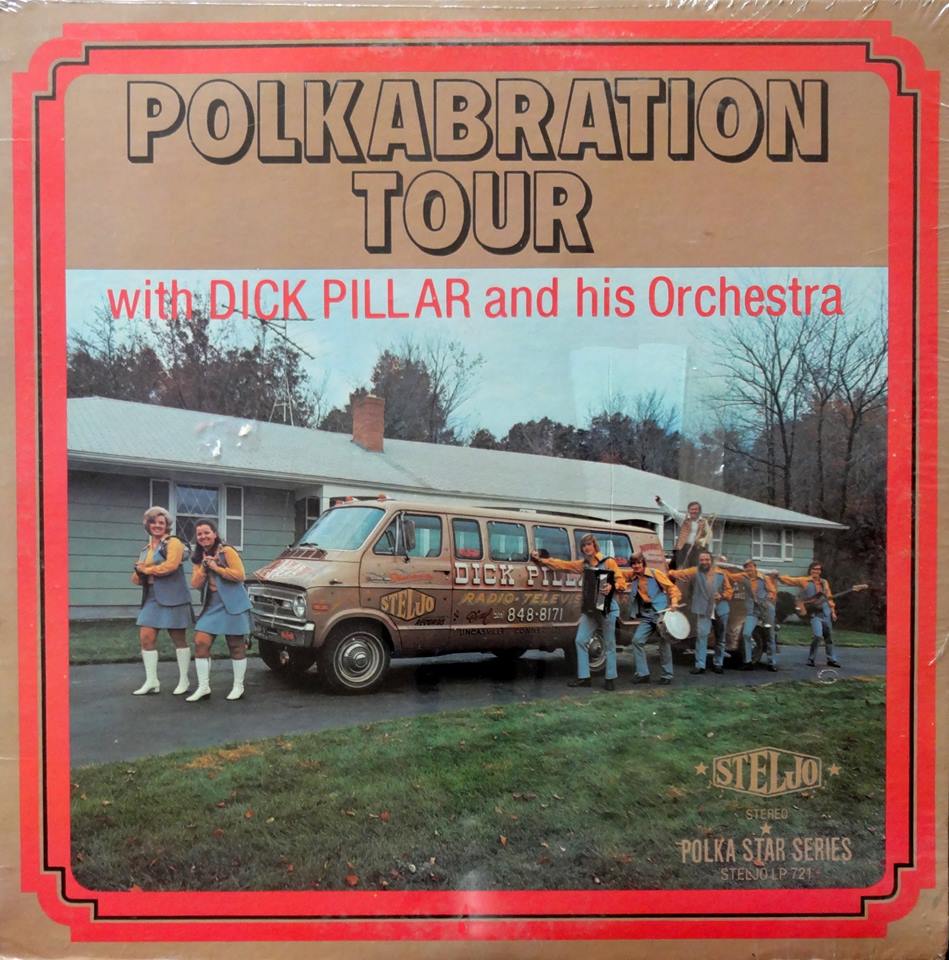 How The Kinks Got Their First Hit

The Kinks needed a hit. Their first two records had both stiffed. Leader Ray Davies knew they weren’t going to get that many chances. So, for their third attempt he tried something completely different.

The song the band and their producer, American Shel Talmy, picked was one Davies had written 2 years before. He had been smitten by a girl he saw dancing in club where the band was performing. After their set, Ray went looking for her but came up empty. He put his frustration in the lyrics of the song.

Finally having recorded the song, the band was not happy with the way it sounded. Ray and his brother Dave Davies thought it sounded too slow and too polished. They wanted a rawer sound, one that came closer to the way the band sounded live playing the poorly lit, overheated rock clubs around London. So, the record label let the band try again – but only if the group paid for the recording time themselves. Borrowing the money from their managers, the Kinks returned to the studios. They used amplifiers they had cut themselves with razor blades to create a more distorted, fuzzy sound. They picked up the tempo. In a final touch, producer Talmy had the band record two layers of backing vocals to make the finished product sound denser.
The result of all that effort was their first #1 in the UK and first top 10 hit in the U.S. – “You Really Got Me.”
That raw, power chord-based sound would be used on a string of hit records and influence other bands from the Beatles all the way through Van Halen.

Davies never did locate the girl who inspired the song, but “You Really Got Me” probably inspired more American bands to start rehearsing in their parents’ garage than any other song.

Story Behind the Song: "Come Softly to Me" 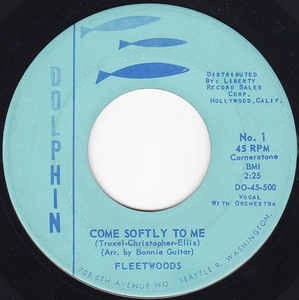 “Come Softly to Me” is a rock & roll classic. It’s been covered by a multitude of artists including Fleetwood Mac’s Bob Welch & Christine McVie.

The original was recorded in the fall of 1958 by the three kids that wrote it: Barbara Ellis, Gretchen Christopher and Gary Troxel – better known as the Fleetwoods.

The group got its start at Olympia High School where all three were students. Ellis and Christopher began as a duo, but felt something was missing. So, they asked their friend, Gary Troxel, to join them. At one of their first rehearsals, the girls sang Gary a song the two of them had composed. They called it “Come Softly.” Troxel then improvised a part for himself, softly singing “Um-doobee-doo down-down down-doo-down…” Troxel’s improvisation gave the song what it need – a hook! He also improvised some lyrics to go between the girls harmonizing on “Come softly, darling, etc.” 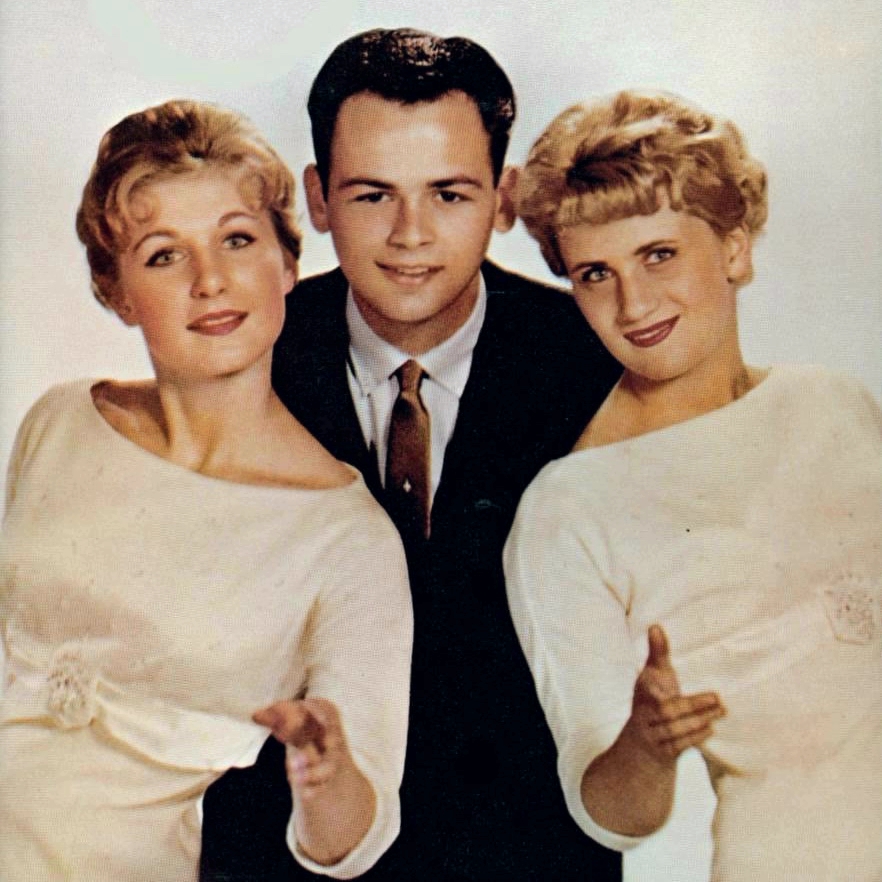 What happened next sounds so corny you wouldn’t believe it if you saw it in a movie. The trio recorded an acapella version of the song in Gretchen's living room and sent the tape to the tiny independent Dolphin Records label. Bob Reisdorf, head of the label, was so impressed, he not only signed the group to a recording contract, he went ahead and used the home recording as the basis for the single that was finally released. Reisdorf added an acoustic guitar, bass and mild percussion to the already existing vocals. What sounds like a tambourine in the song is actually Gary Troxel shaking his car keys. Reisdorf also added the words “to Me” to the title, feeling “Come Softly” was a little too suggestive for 1958 (although that exact phrase appears nowhere in the song). Again, just like in the movies, their virtually homemade record went all the way to #1

The group went on to place 11 more songs in the top 40, including another #1 (“Mr. Blue”). Unfortunately, Troxel, who had joined the Naval Reserve in 1956, was called up to active duty just as the group’s career was peaking. That meant less time in the recording studio and another young, unknown singer named Vic Dana occasionally taking Troxel’s place when the group performed live.

By the time Troxel was out of the Navy and ready to resume his singing career, the British Invasion had changed the musical taste of American teenagers overnight.

The group hung on for a few more years, but eventually disbanded. When the rock & roll revival kicked in during the 1970s, the Fleetwoods did not reform. Instead, both Christopher and Troxel formed separate groups. Although legal rights to the name The Fleetwoods belong to Christopher, it was Troxel’s thin, whispery voice that gave the group its identifiable sound. It was Troxel and two new ladies that PBS called on to appear as the Fleetwoods when they were making their “Doo-Wop Revival” fund-raising shows. All three original members of the group are still with us today. 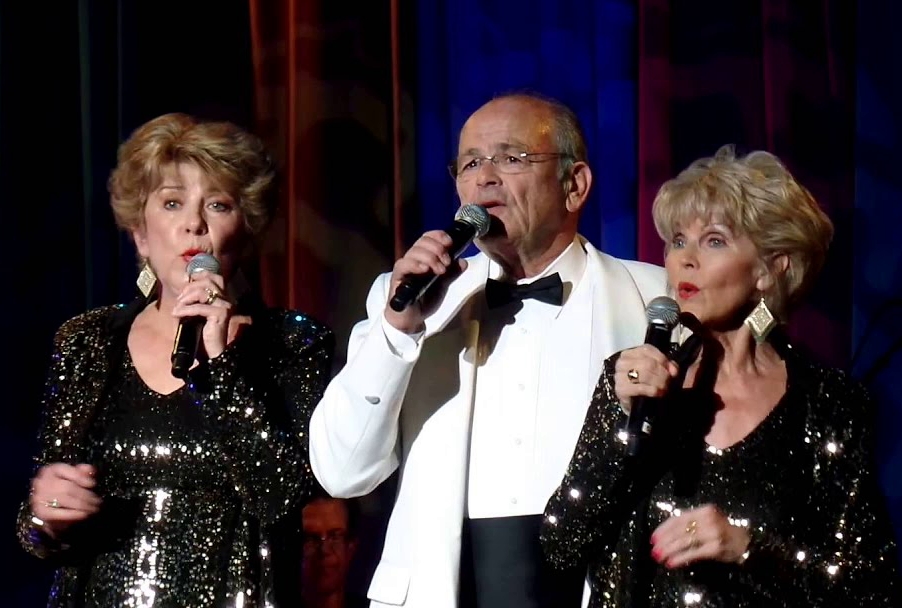 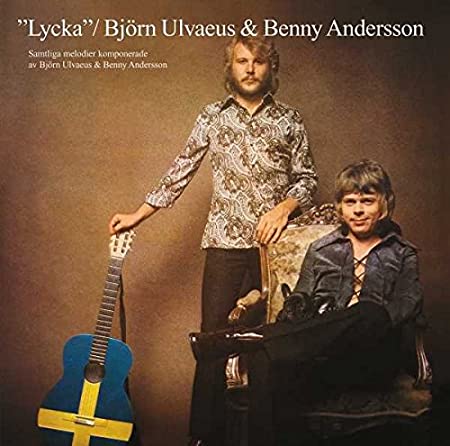 When ABBA stopped recoding in 1982 (they never officially broke up – they just stopped working together), it left many people hungry for any new ABBA material.

As the years have passed, much like the Beatles, the group has gone into the vaults and released a small smattering of previously unreleased material on “Deluxe Editions” and box sets of their classic power pop. But there is one ABBA-related item that may have flown under the radar.

When the two decided to start composing and recording together, they let their girlfriends join the sessions as background singers. Both guys had fallen for women who also had recording careers, albeit not quite as successful as the men. Benny was dating Anni-Frid Lyngstad, while Björn’s main squeeze was Agnetha Fältskog.

Björn & Benny released one album as a duo, Lycka, in 1970. While all of the lyrics are in their native Swedish, you can hear the very beginnings of the sound that would become ABBA because the girls join the boys on most of the album’s tracks. One of the album’s tracks, "Hej, Gamle Man" (“Hello, Old Man”), even became a hit in Sweden. 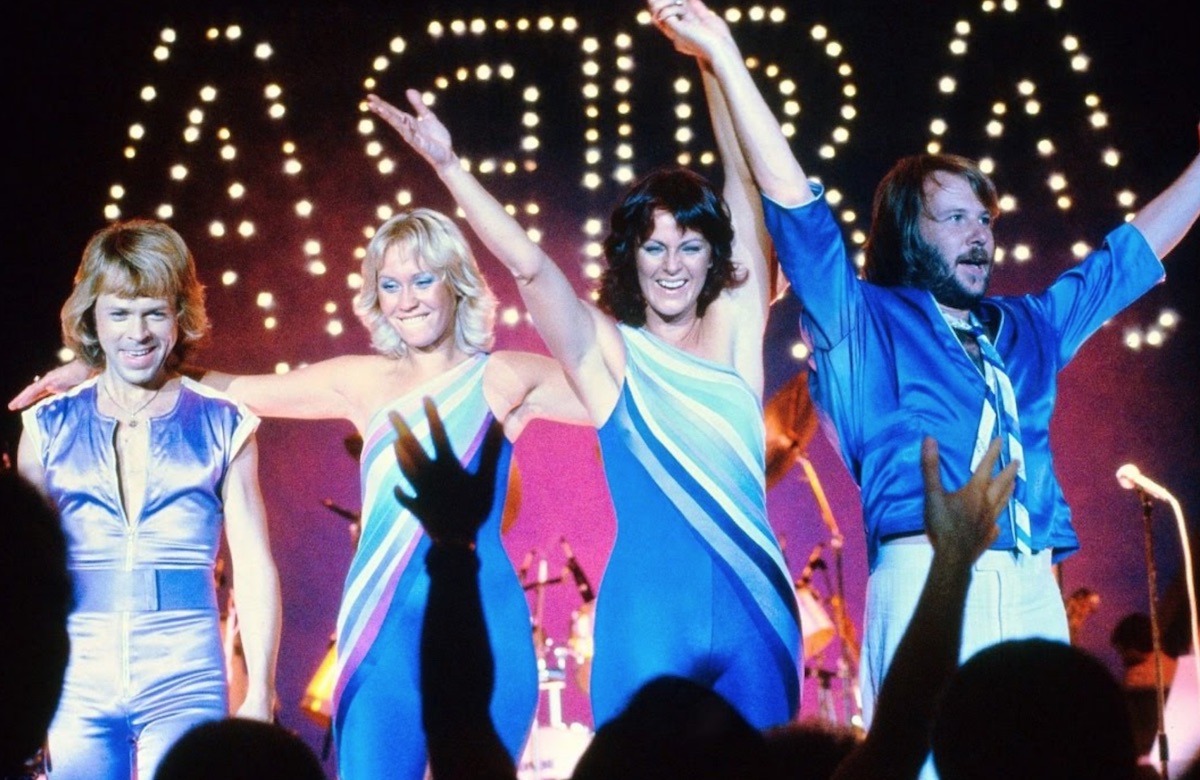 Following this, the four began working together on more of their individual recording projects. Finally, in 1972, someone (Benny, Björn or their manager Stig Anderson) had the bright idea to let the girls take the spotlight and have the boys handle songwriting (with occasional help from Stig and Agnetha), production and backing vocals. And so, ABBA was born, going on to become one of the most successful recording acts in history with nearly 400 million records/CDs/downloads and counting.

If you’re a hard core fan, check out their beginnings on Lycka, still available on Amazon and other music sellers.

And keep the faith! Björn and Benny have confirmed that ABBA recorded two new tunes in 2018, “I Still Have Faith in You” and “Don’t Shut Me Down.” While the release date has been pushed back more than once, Andersson says the group is now aiming for fall of 2020. There are also rumors the group has been back in the studio this year and an entire new ABBA album may be forthcoming. Keep your fingers crossed. 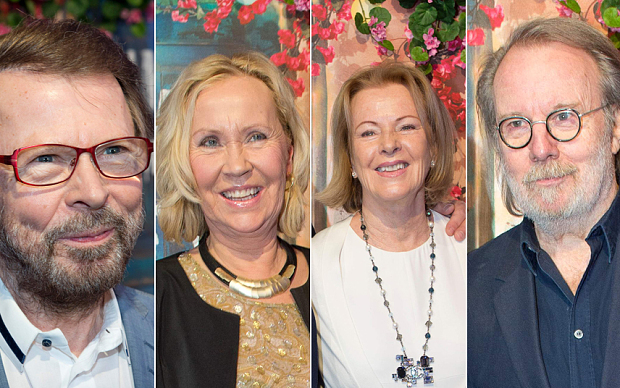 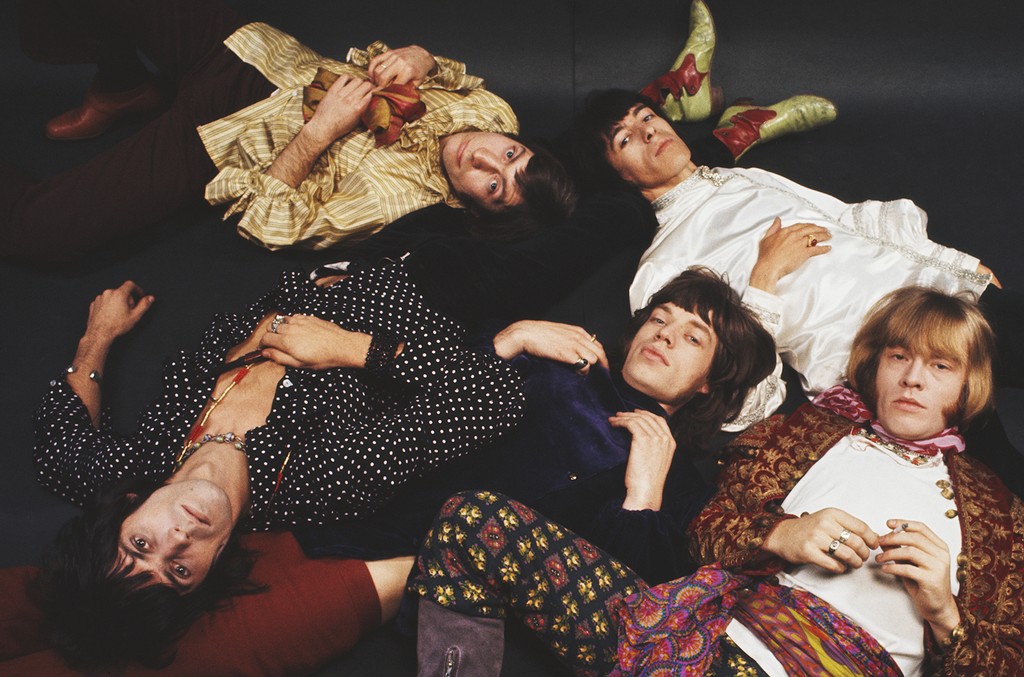 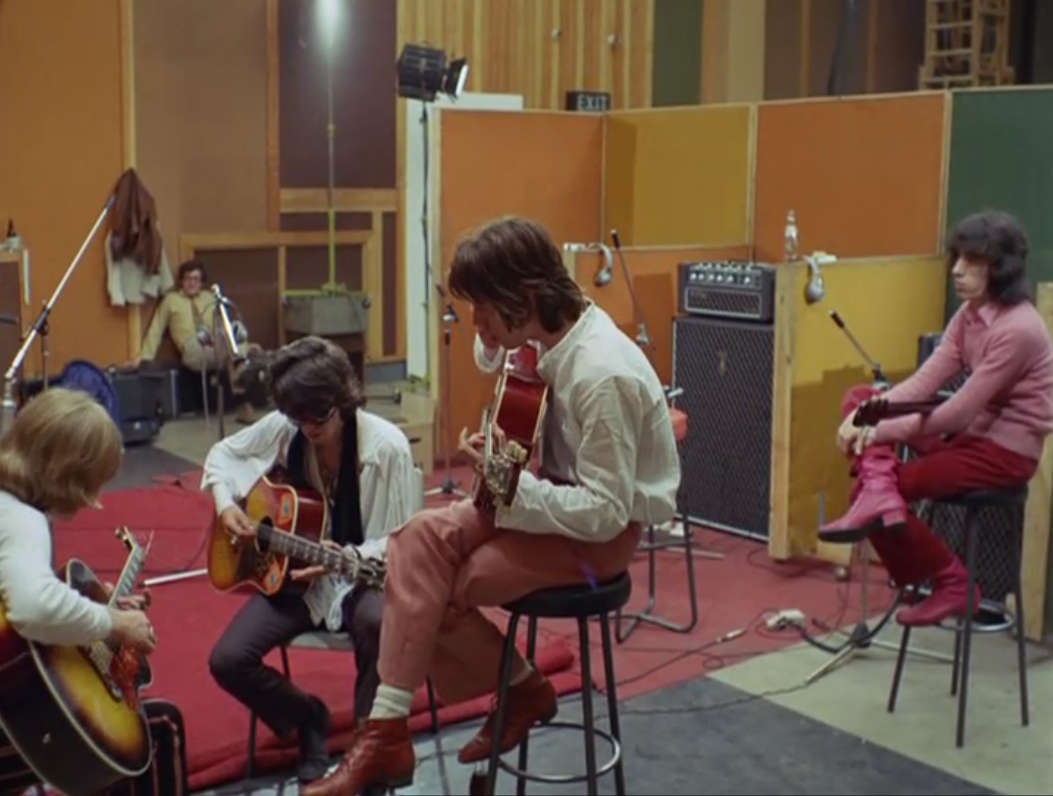 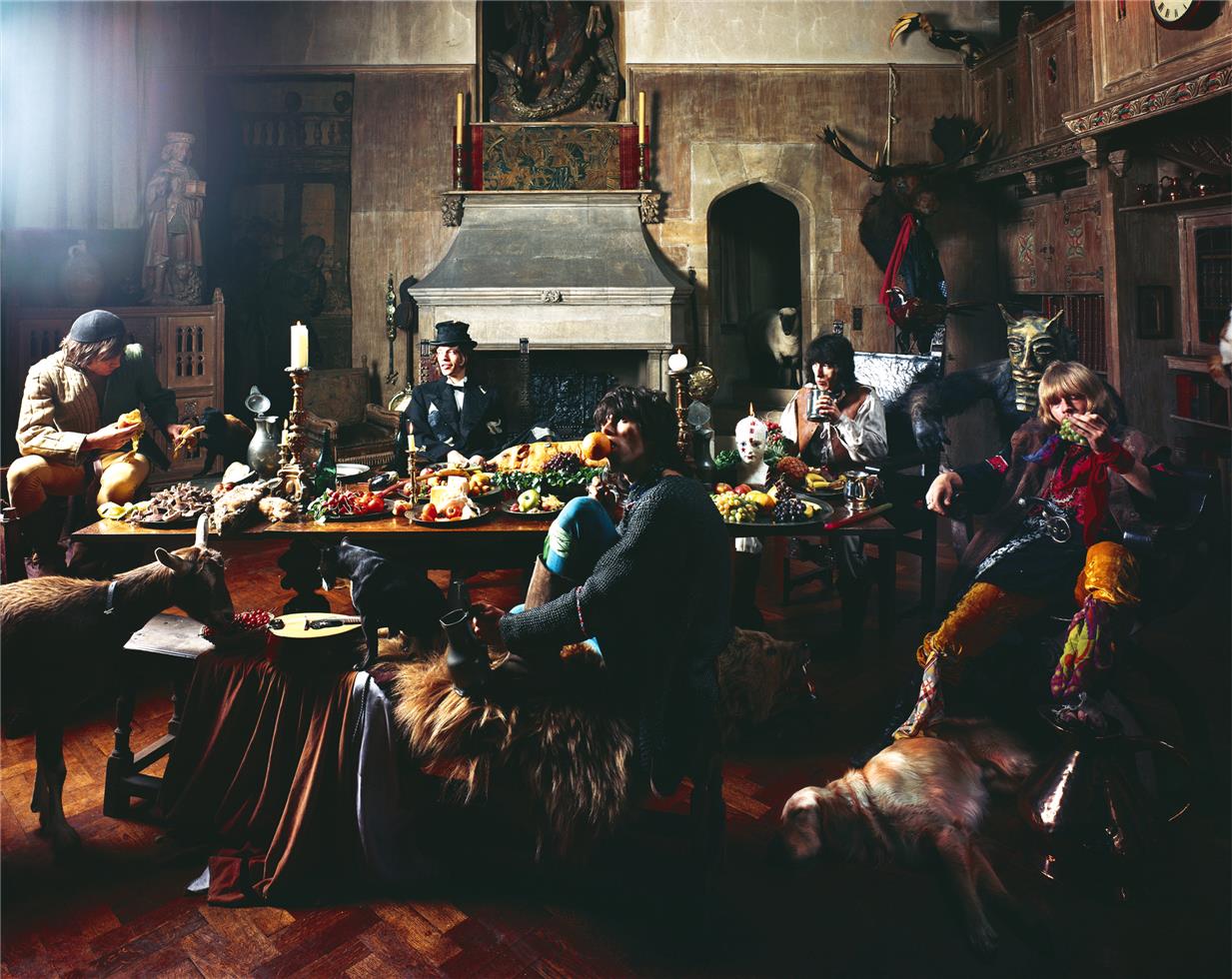