Supergroups of the 60's: Chad & Jeremy 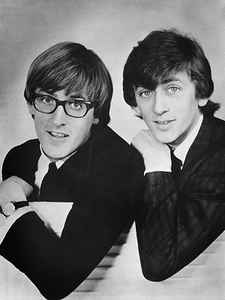 Part of the initial British invasion, the folk-influenced pop duo of Chad Stuart and Jeremy Clyde went on to rack up 7 Top 40 hits in the U.S. before the shift to progressive rock made their brand of soft standards passé.

As popular as the boys were on this side of the pond, it’s surprising they had very little success in their native England, managing only one hit record (their very first, “Yesterday’s Gone”)!

David Stuart Chadwick and Michael Thomas Jeremy Clyde met while attending school in the UK. It was the future Chad Stuart who taught Clyde how to play the guitar. They performed as a folk duo, then formed a rock band called the Jerks, before finally settling into the musical identity they would hold for the rest of their careers. 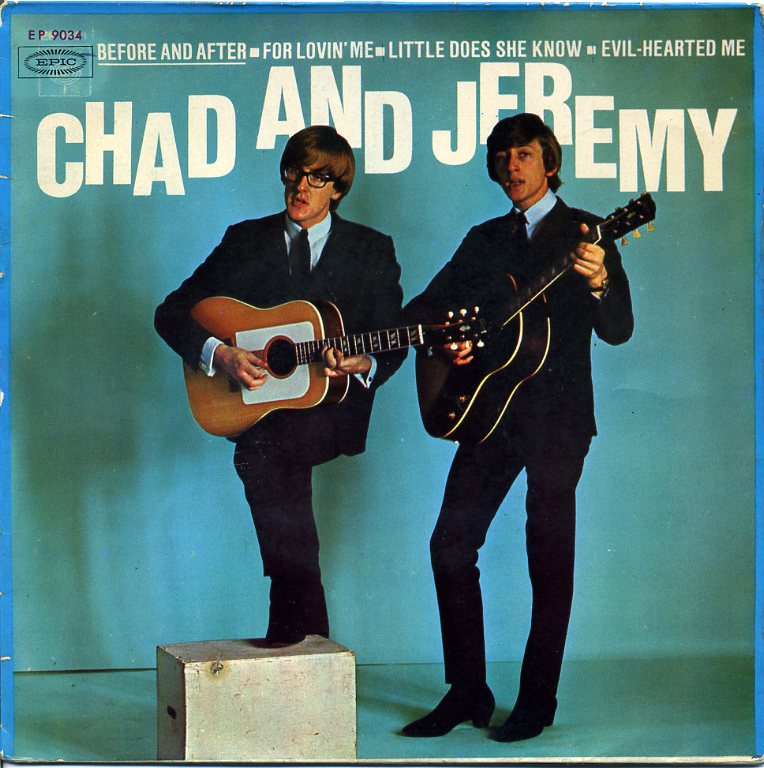 As Chad & Jeremy, they landed a contract with the British Ember Records and were assigned to legendary composer-producer John Barry (among his vast repertoire, Barry wrote the soundtrack for Goldfinger). He had them record a song Chad Stuart had written called “Yesterday’s Gone.”

Their trademark “whisper” style of vocals came about because Barry kept telling the boys they were too loud. Take after take, they crept closer to the mikes and dropped the volume of their voices until Barry was satisfied.

The song raced up the UK charts, peaking at #6. They would never land another record in those charts. 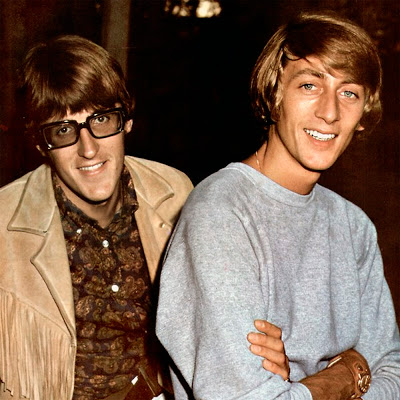 In America, they had far more success. “Yesterday’s Gone” was followed by another Stuart composition and the song for which they are best remembered, “Summer Song.” From 1964 to 1966, there was usually a Chad & Jeremy record on most Top 40 stations’ playlists.

While Stuart was obviously a talented songwriter, he wasn’t terribly prolific. So the duo turned to old pop standards (“Willow Weep for Me”) and Broadway (“If I Loved You”) for material.

As their success seemed limited to North America (they were also popular in Canada), the pair spent most of their time in the States. Hassles with their green cards even led the boys to apply for U.S. citizenship, a process they did not complete. 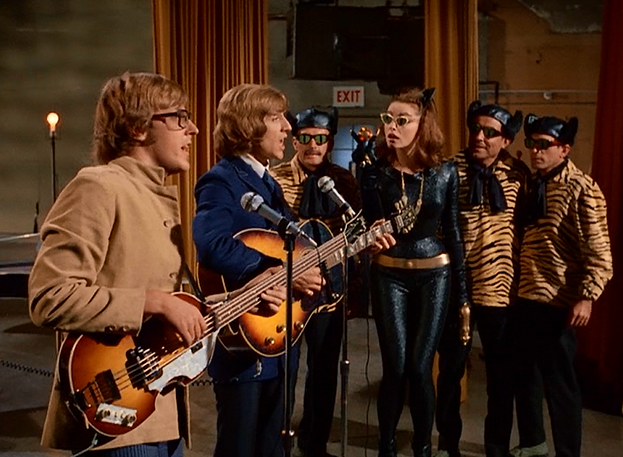 During the mid-60’s, they were also the go-to guys any time an American TV show wanted a generic “British pop group” in that week’s episode. Chad & Jeremy appeared under their own names or various aliases on The Dick Van Dyke Show, The Patty Duke Show, Batman, and even the Western, Laredo.

When “psychedelic rock” became the newest trend in 1967, Chad & Jeremy tried to keep pace with their own concept album, Of Cabbages and Kings. While favorably reviewed, the album’s sales were anemic. They followed that with The Ark (1968) and the soundtrack to Three in the Attic. Then, they threw in the towel and disbanded.

But not forever. They reunited in 1983 and have toured and recorded off and on again since then.

You can find out more about the group at their official website: chadandjeremy.net. 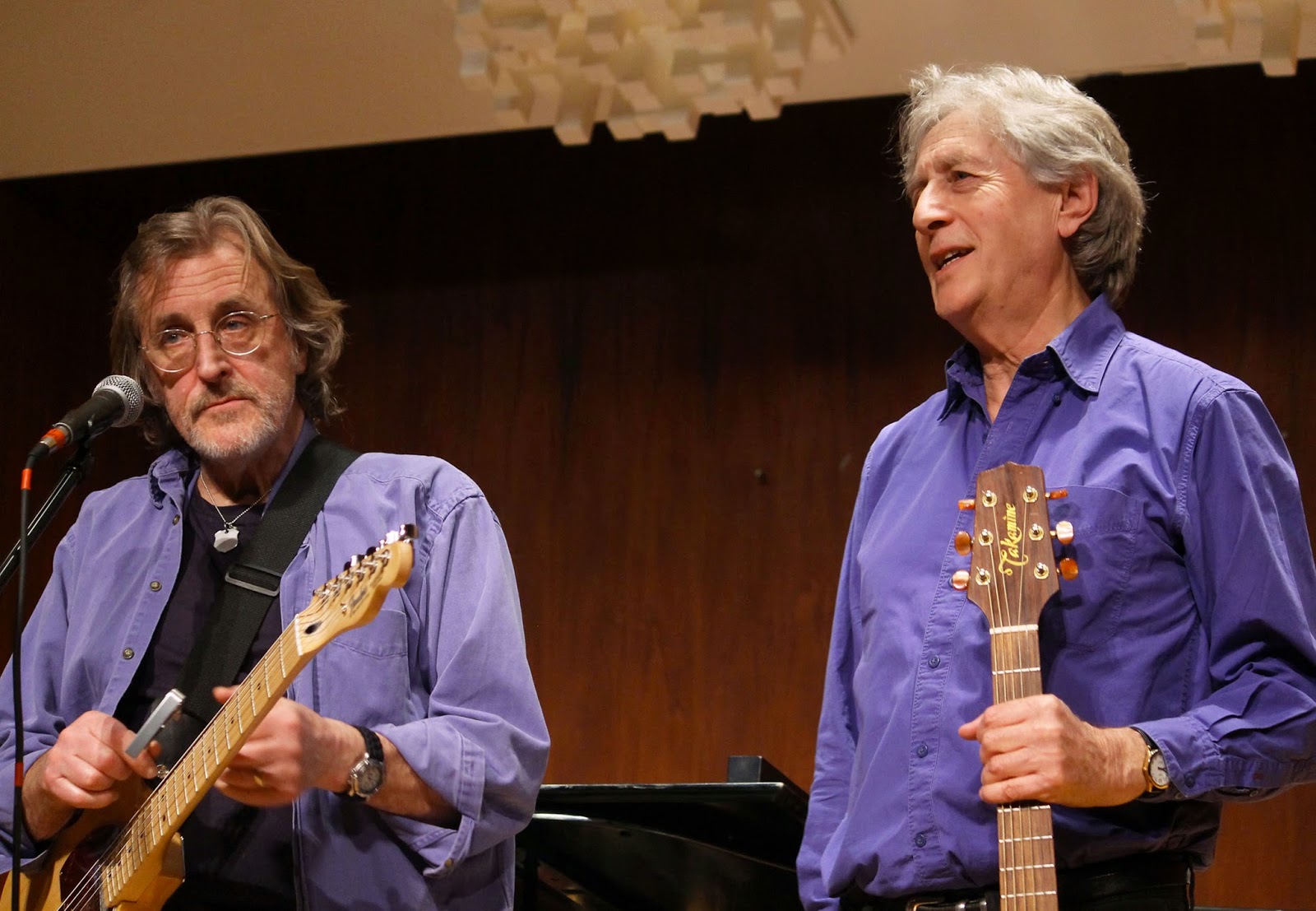 If you get in a Chad & Jeremy mood from reading this little piece, here’s Boomtown America’s suggested “Greatest Hits” playlist for Chad & Jeremy: