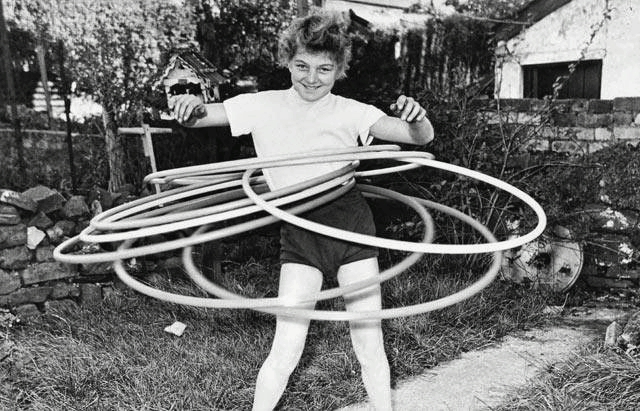 The Hudsucker Proxy notwithstanding, the modern hula hoop was really invented by two guys named “Spud” Mellin and Richard Kerr. They got the idea from “exercise 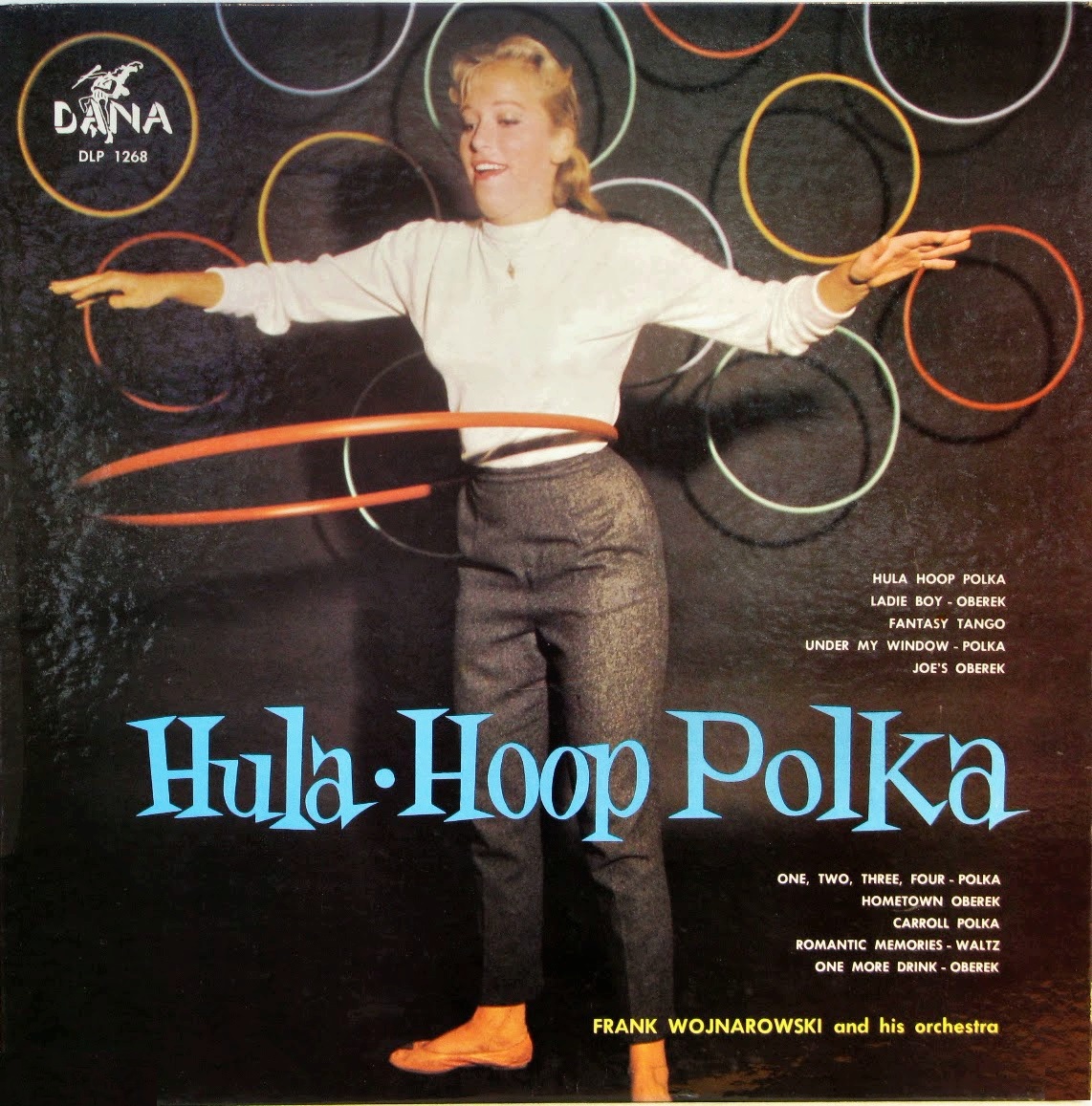 hoops” that were being successfully marketed in Australia. Only Kerr and Mellin designed their plastic hoop as a children’s toy.

Back in 1948, the two Californians had started a company they called Wham-O  to market a power slingshot they invented. A few years after that, they bought an idea from Fred Morrison for a flying disc. Fred had been inspired by construction workers who were tossing pie tins during their lunch hour. The pies (and the tins) came from the Frisbee Pie Company (but that’s a story for another day).

By 1958, sales of the slingshot were flat and the Frisbee just wasn’t taking off (no pun intended). So the boys took their hoop and joined it with the word “hula” (important as Hawaii was in the news often as it embarked on a campaign to become an official state of the union).

Within the first four months the Hula Hoop was on the market, sales had exploded! Twenty-five million hoops were sold in that short time frame. In two years, 100,000,000 had been sold and Wham-O was on its way to becoming a permanent part of American pop culture.

By 1967, sales of the hoops had fallen off. What did Wham-O do? They put 6 small ball bearings inside and faster than you could say “wham-o,” the Shoop Shoop Hula Hoop reignited the fad all over again. 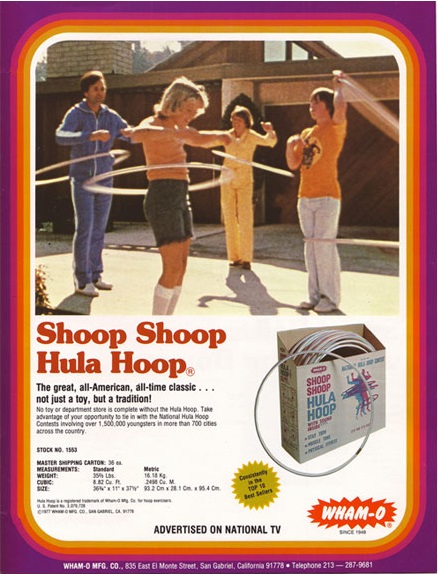 Since then, the hoops have remained a consistent part of our pop culture scene, being used by kids, exercising adults, dancers at rock concerts, circus performers and more!