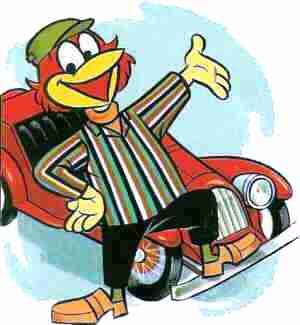 We must never forget the contributions made to American pop culture by our animated brothers and sisters.

Fresh-Up Freddie got his big show biz break in 1957 when he was selected as the spokesbird for 7-Up. Exactly what kind of bird was never made clear. 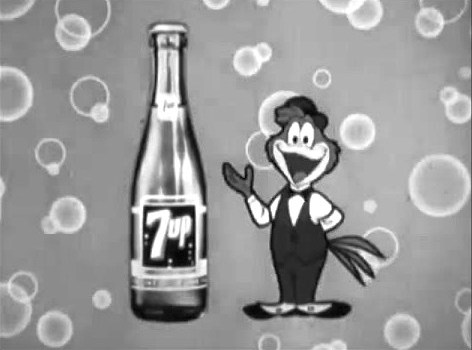 The campaign was hatched by the Leo Burnett advertising agency and the design of the character as well as the animation was done by the Walt Disney Studios. Freddie made his debut on Walt Disney’s Zorro TV series, which also debuted in 1957.  His voice was provided by veteran voice artist Paul Frees (best remembered as the voice of Boris Badenov as well as the narrator for “The Haunted Mansion” at the Disney theme parks).

The formula for nearly all of Freddie’s commercials began with Freddie asking a hypothetical question that began, “Right now, you’re probably asking yourself…” Of course, the answer to every one of the questions somehow involved using 7-Up. The commercials all ended with Freddie singing a sort of nonsensical jingle that sure sounded like “Beet-en, Beet-en, Beet-en/Nothing does it like 7-Up!” (You can watch one here.)

Alas, as we moved into the 1960’s, 7-Up morphed into “the Un-Cola” and Freddie’s contract was not renewed.

But there was a time when there were actually Fresh-Up Freddie toys, buttons and of course, lots of magazine ads!

Boomtown America is proud to salute this plucky animation icon! 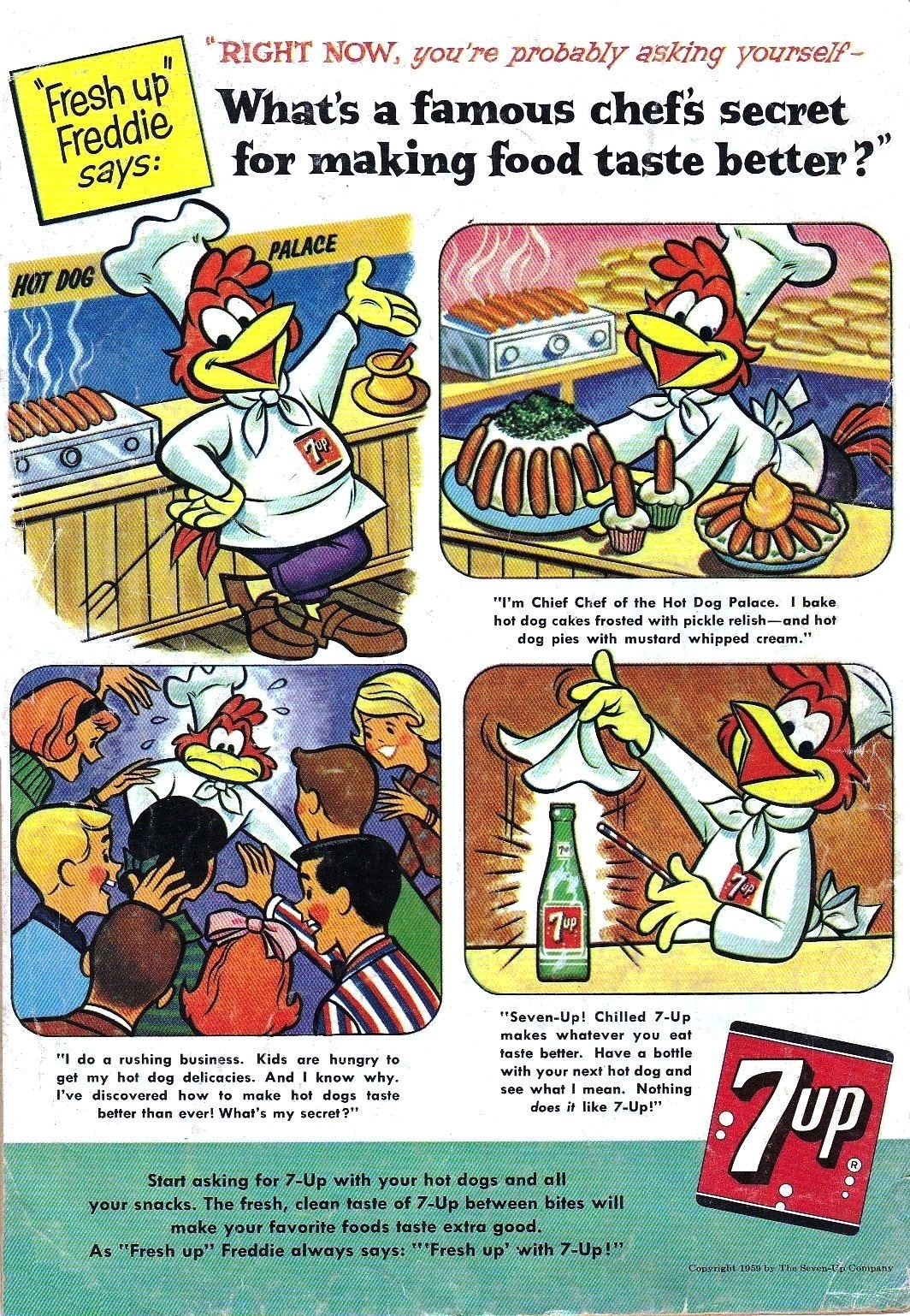