Whatever Happened to Burger Chef? 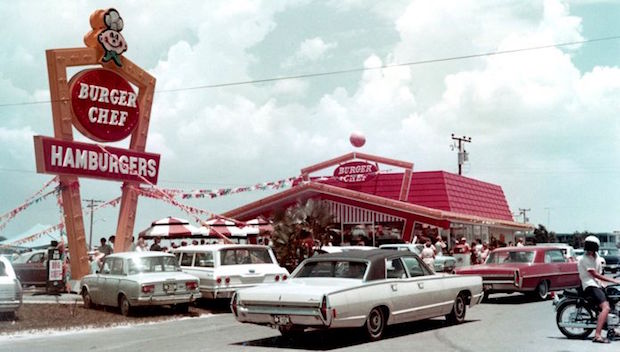 Ask anyone under 40 about a fast-food chain named Burger Chef and you’re likely to get a puzzled expression. Or maybe, if they’re a fan of the TV series Mad Men, they might recognize the name as an account Don Draper and Peggy Olsen were pitching in one of that series’ episodes.

But Baby Boomers should remember Burger Chef as the chain that was challenging McDonald’s for fast-food supremacy in the 1960’s!

The chain started in 1954 in Indianapolis, IN. Two brothers, Dave and Frank Thomas were working on a flame broil system for Burger King (another franchise that had recently started). The brothers decided not to sell their flame broiler, instead opting to go into business for themselves.

Besides flame broiling, the chain also created a couple of other innovations: 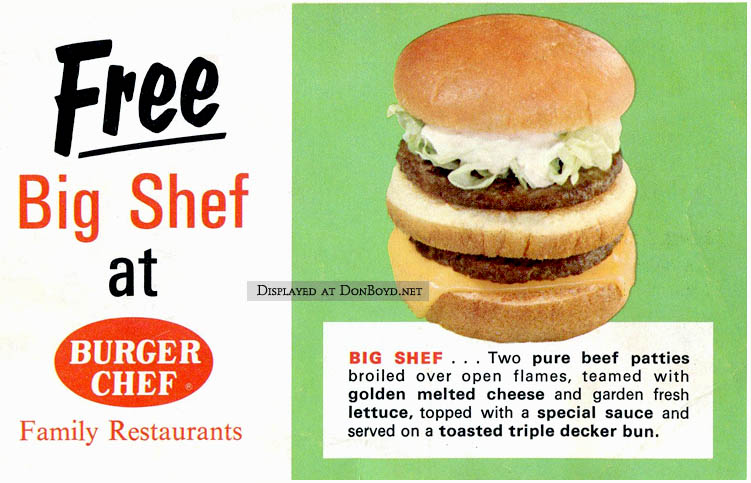 At their peak, Burger Chef had 2,400 locations across the country. So, what happened?

In 1971, the chain was sold to General Foods and that proved to be their undoing. While General Foods knew the grocery business, they didn’t really know the burger business.

General Foods actually charged their franchisees too little in royalties. That left them underfunded when it came to national advertising, marketing and developing new items for their menu.

McDonald's began adding things like salads, breakfast sandwiches and more to their menu. Burger King used their “Have It Your Way” advertising campaign to stress their ability to deliver a custom-ordered burger quickly. That helped establish them as the main alternative to Mickey D’s. So, Burger Chef moved from second to third place in most consumers’ minds.

Eventually, General Foods decided they’d had enough of the fast-food business and sold the chain to Hardee’s.

And that’s the way the burger flips!