Revenge of the One-Hit Wonders: "Angle of the Morning" by Merilee Rush 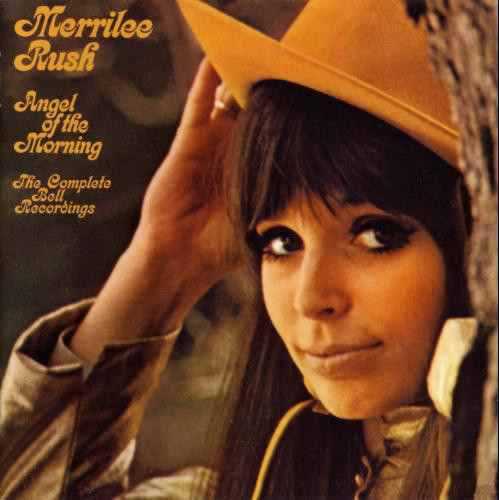 As is often the case with 1-Hit Wonders, the composer and producers of “Angel of the Morning” actually had long, successful careers, even if the Turnabouts did not.

The song was written by Chip Taylor, the same many who gave us “Wild Thing,” “I Can’t Let Go” and others. He has said the line “There be no strings to bind your hands, not if my love can’t bind your heart” came to him out of the blue one morning. Within ten minutes, he had written the entire song.

He hoped the song would be the breakout single for a young lady named Evie Sands. But Evie would have a career filled with near misses. The small label that produced her version of “Angel of the Morning” went belly-up shortly after they released it. With no push from the label, the song died a swift death.

At this point, Paul Revere of “and the Raiders” fame enters the story. Revere had been pushing a Seattle band he believed in, Merilee Rush and the Turnabouts.  Revere secured them a recording deal with hitmakers Tommy Cogbill and Chips Moman. They gave “Angel of the Morning” to Merilee and her band and that version quickly became a million-selling hit.

Sadly, Merilee never cracked the Top 40 again although she continued to perform for many years.

One other interesting note, the Turnabouts guitarist Carl Wilson (no, not the Carl Wilson of the Beach Boys) eventually hooked up with two sisters named Anne & Nancy Wilson and helped them form a band called Heart.