Jailhouse Rock (1957), Elvis Presley’s 3rd feature and the first to really offer Elvis’ brand of rock ‘n’ roll undiluted, is probably his most famous and best-regarded film. The production number where the King sings and dances to the title track has been showcased in dozens of “Best of Hollywood Musicals” retrospectives, but how many have actually watched the entire film from which it comes? 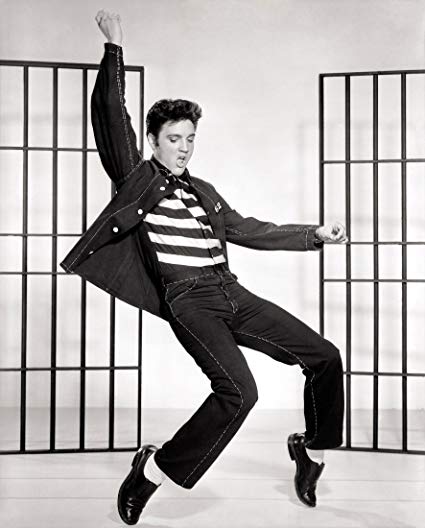 Let’s take a deep dive into this milestone in the history of rock & roll movies.

You might be surprised because Elvis’ character in the film, convict-turned-crooner Vince Everett is not a very likable fellow. When we first meet him, he beats a guy to death in a bar (that’s what sends him to the “jailhouse”). The beating he administers is excessive, even as he’s supposedly defending a woman at the bar from mistreatment by her man. Throughout the picture, Everett displays an extremely volatile temper that, today, would get him arrested and sentenced to anger management classes.

Elvis remains pretty sullen, egocentric and greedy (his only motivation for singing is his lust for wealth)) all through the picture. It is hard to find any reason to root for the guy outside of the fact that he’s being played by Elvis. 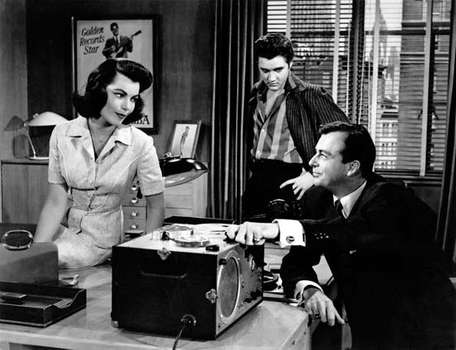 His love interest is a young record promoter played by Judy Tyler (best remembered as Princess Summerfallwinterspring on the old Howdy Doody Show). Tyler is sweet, attractive and really does help Elvis' character get his career launched. But he treats her so badly, you also have to wonder what her issues are. And you may not be rooting for them to wind up together at the final fadeout.

What redeems the picture are 4 songs written by one of rock’s great composing teams, Jerry Lieber and Mike Stoller. In addition to the title tune, they also wrote “I Want to Be Free” and two more all-time Presley classics for this picture: “Treat Me Nice” and “(You’re So Square) Baby, I Don’t Care.”

Nevertheless, as repellent as his on-screen persona was, Presley’s real-life star power made this a big moneymaker for MGM Studios. It finished as the 14th highest grossing film the year it was released. 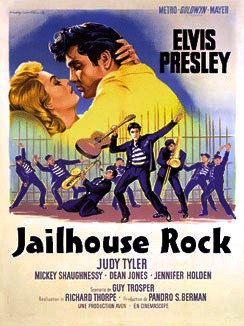 Here are a couple of facts about the film you may not know:

You might want to give this a watch soon to see Elvis at the absolute peak of his career. If you can’t find a partner, use a wooden chair. 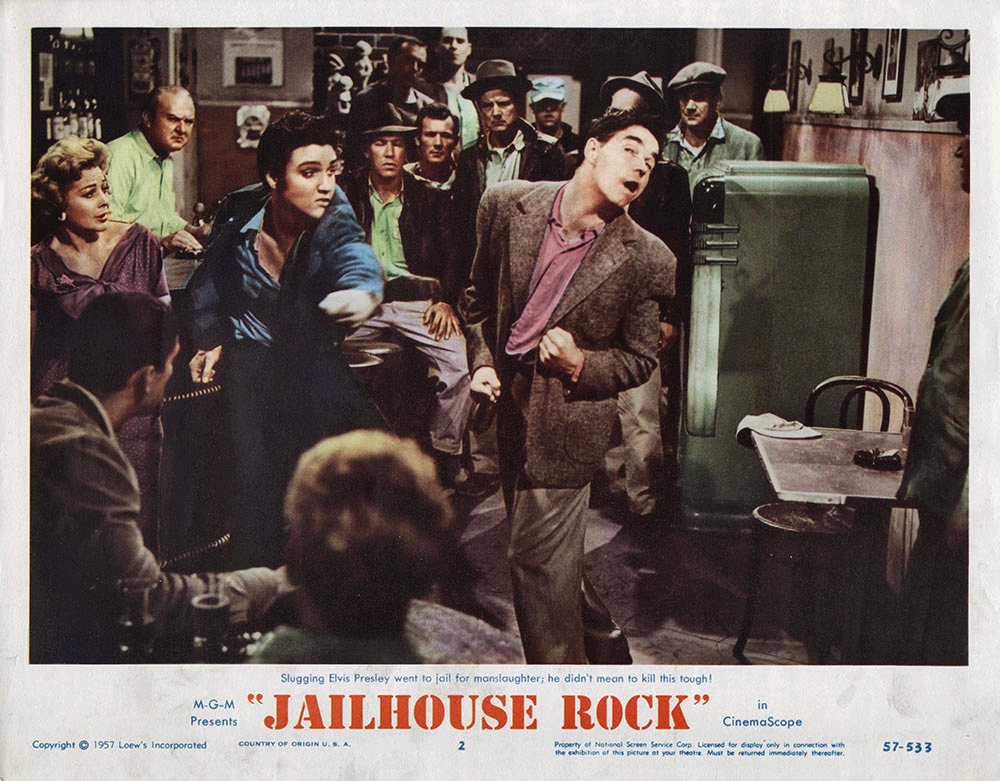