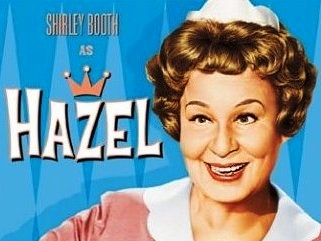 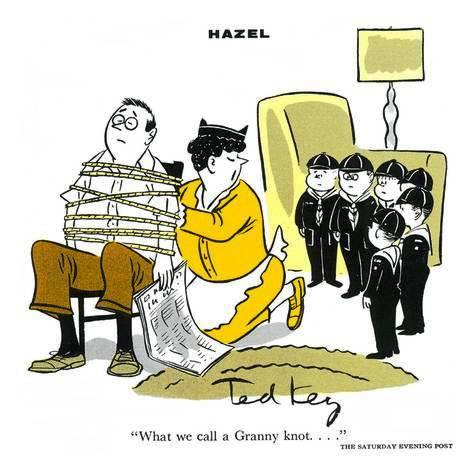 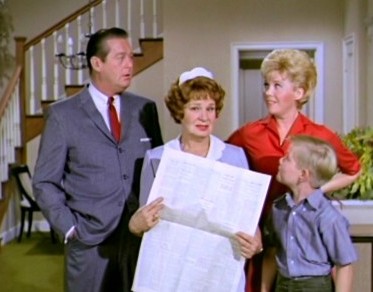 No one ever asked why the Baxters needed a live-in maid (who also did all the cooking) as Mrs. Baxter was always around the house doing things like arranging flowers in a vase. Most of the plots revolved around a battle of wills between Hazel and Mr. B with Mr. B usually losing in the end.

After four seasons on NBC (and two Emmys for star Booth), the show’s rating began to decline. NBC cancelled the show only to see CBS decide to pick it up for a fifth season. CBS, in their wisdom, decided that the Baxter parents were “too old” (Whitney Blake was all of 38 when the decision was made). So, Harold was shipped off with Hazel to live with Mr. Baxter’s younger brother (Ray Fulmer) and his wife (Julia Benjamin). Apparently, viewers didn’t agree with CBS’ opinion as the re-tooled show quickly sank to the bottom of the ratings and was cancelled.

As we moved into the 1970’s, wholesome family sit-coms fell out of favor (with the singular exception of Leave It to Beaver) and Hazel disappeared from syndication. 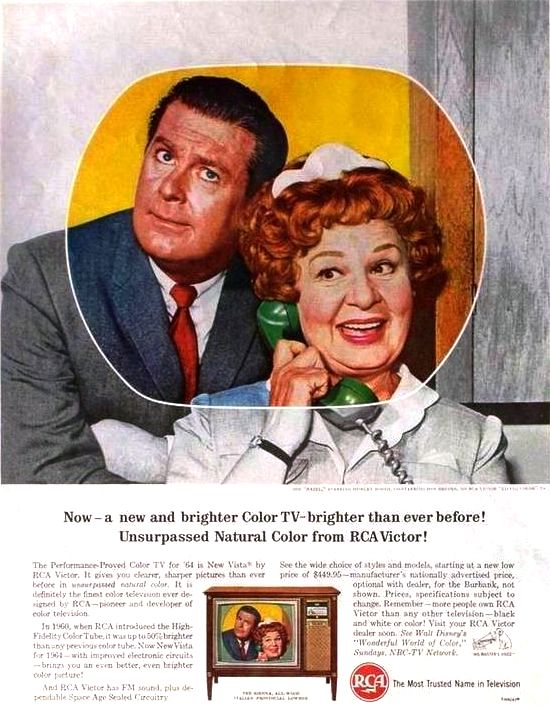