Now Playing at the Boomtown Drive-In: "I Married a Monster from Outer Space" 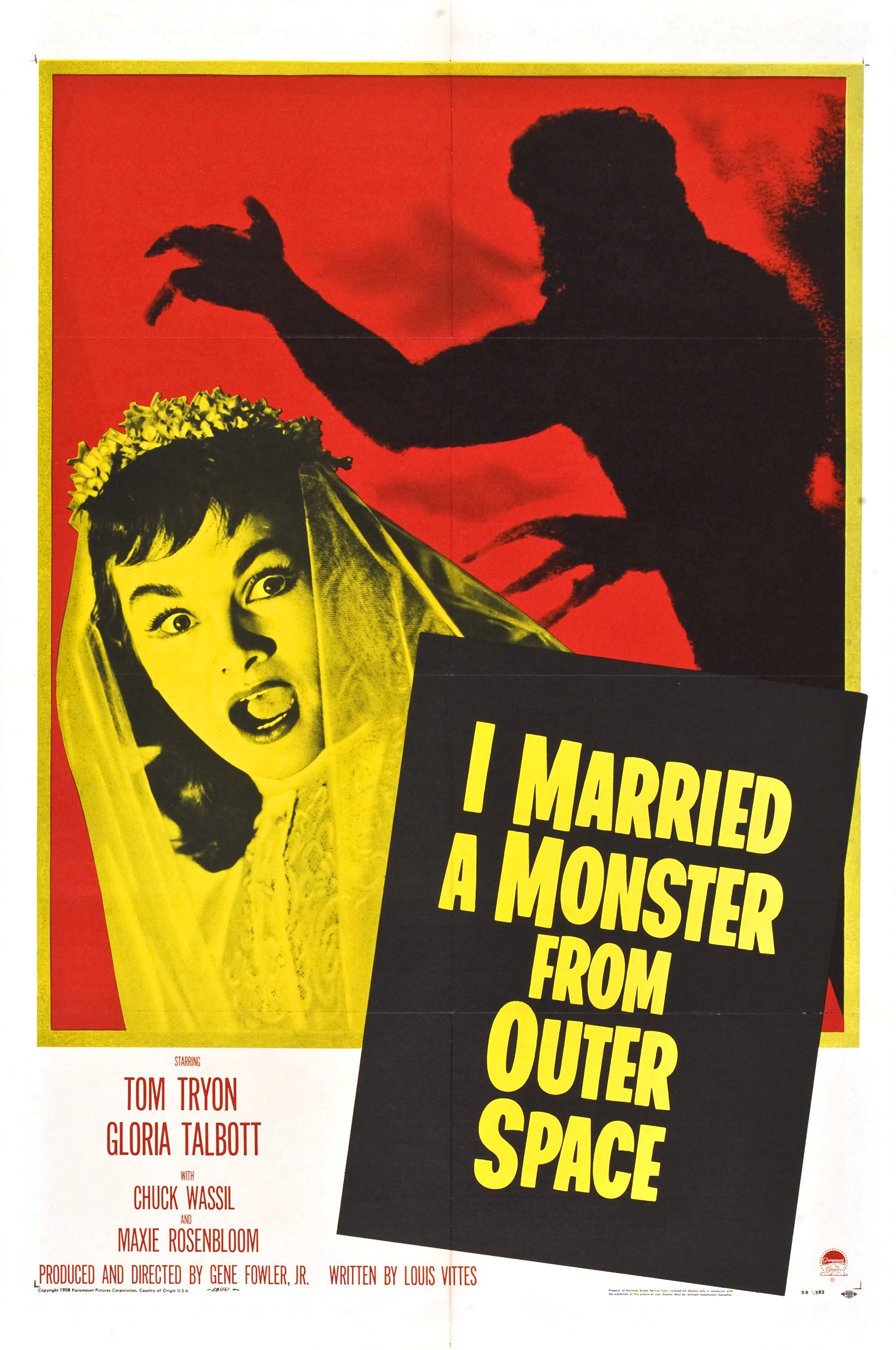 Just like I Walked with a Zombie, behind the incredibly silly title lurks a pretty decent little B-movie.

I Married a Monster from Outer Space was made by Paramount Pictures in 1958. Directed by Gene Fowler and written by Louis Vittes, it involves a young suburban bride (Gloria Talbot) who comes to suspect that her husband (Tom Tryon) has somehow changed since their recent marriage. She is wrong on that account. Her husband hasn’t changed, he’s been totally replaced by the afore-mentioned monster. So have several other husbands in her neighborhood.

Yes, the plot seems like a blatant rip-off of the oft-remade sci-fi classic, Invasion of the Body Snatchers, but the acting, script and production values (particularly how lightning can reveal parts of the monster’s true visage) are very well done.

Obviously intended for the drive-ins that were so popular at the time, I Married a Monster from Outer Space was actually part of a double feature Paramount put together. The “second great co-hit” was a little film that was a lot sillier but has fared a lot better in people’s memories – The Blob!

I Married a Monster from Outer Space is available on DVD and from several online streaming services. Trust us, it’s worth a look. And keep watching the skies! 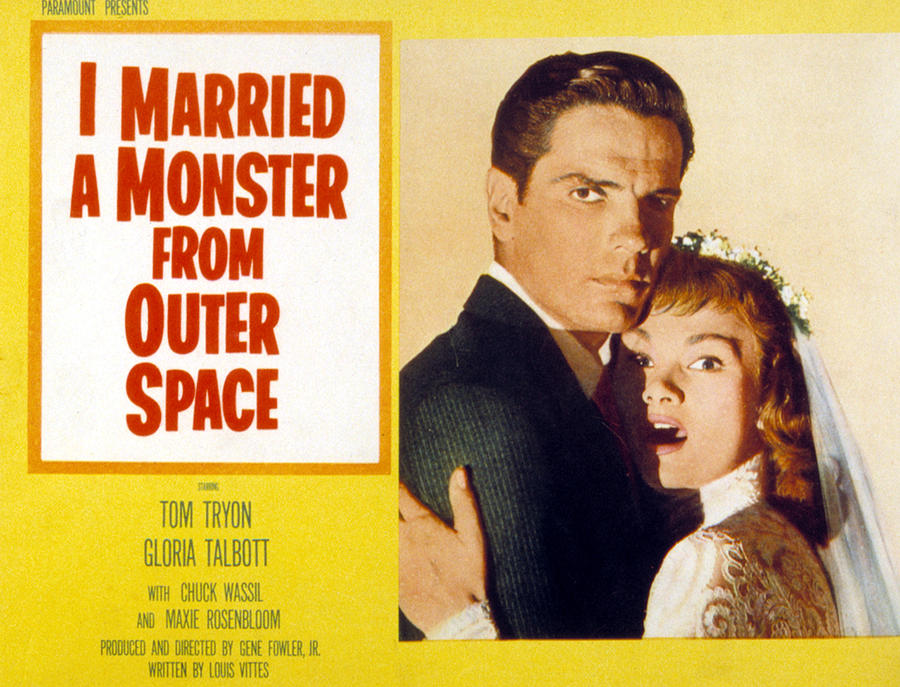