The TV That Time Forgot: The Millionaire

Boy! Could we use a show like this in real life! 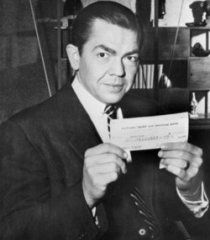 From 1955 to 1960, for 5 seasons an eccentric millionaire would give away $1 million to somebody he never even met. We were allowed to eavesdrop on the consequences of this sudden cash windfall on CBS.

The man who gave the million was identified at John Beresford Tipton. We never saw any more of him than the back of his head or his arm as he handed a cashier’s check to his executive secretary.

The man who delivered the million was Michael Anthony, played by veteran actor and announcer Marvin Miller. Each week, Miller would look directly into the camera and say something like this:

“My name is Michael Anthony, and until his death a few years ago, I was executive secretary to the late John Beresford Tipton, Jr., a fabulously wealthy and fascinating man, whose many hobbies included his habit of giving away one million dollars, tax free, each week — to persons he had never even met.” 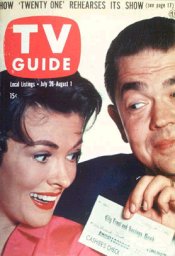 In today’s money, that certified cashier’s check would be worth around $9 million.

Some weeks, the money ended in tragedy. Some weeks in triumph. But America was hooked. The show finished in the Top 20 every season of its first run, except the final season.

Only once did, multi-millionaire Tipton take a direct role in an episode. That one concerned a man who was on death row, wrongly convicted of murder. Tipton visited the man in prison, but we still never saw his face. For the record, Tipton was played by a man more famous as the voice of Boris Badenov, Paul Frees.

For all of its success as a first run series and a long run in syndication, The Millionaire has never had an official home video release.