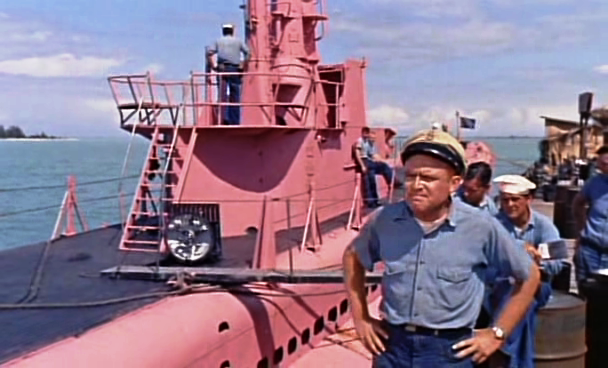 The plot seemed kind of rickety even back then. Cary Grant plays the commander of a broken-down submarine at the outset of WWII. The sub is nearly destroyed by Japanese planes before it ever got a chance to enter combat. Grant is determined to make the sub sea-worthy despite massive obstacles.

After he adds Tony Curtis, as the one essential element of every WWII service comedy, the wheeler dealer con man that can obtain whatever the plot needs him to get.

In short order, the sub limps out to sea, two of its four engines totally defunct and a third only working intermittently. 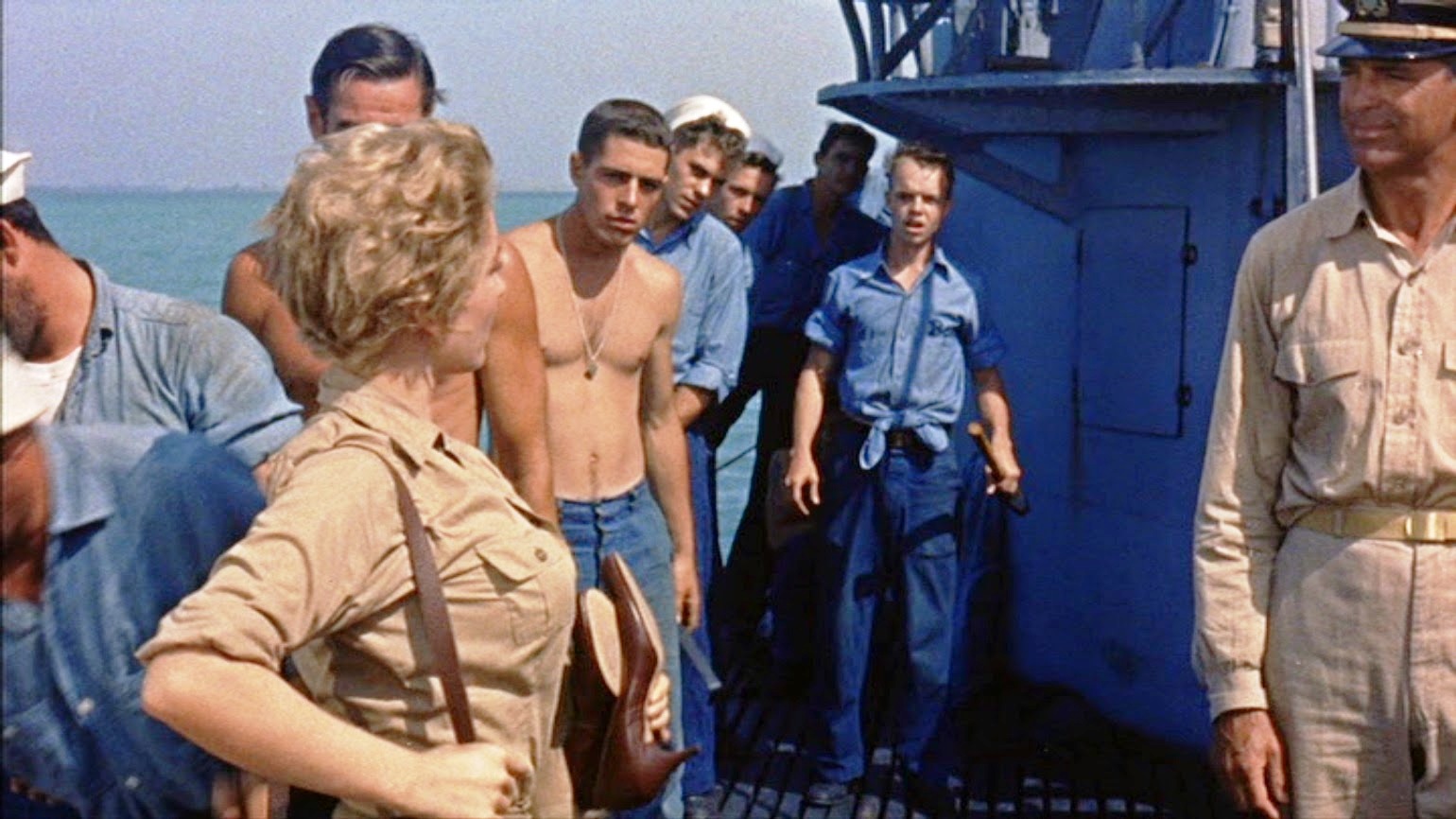 Grant soon has to take on board five stranded Army nurses, including Joan O’Brien, who has some massive obstacles of her own.

Hilariousity ensues with the sub eventually acquiring a coat of pink paint and the very survival of ship and crew depends on the nurses’ undergarments.

Along the way, we get all the unsubtle sexual humor of that time period. Men who cannot function when placed in close quarters with a female, bad women driver jokes, gerry-rigging Navy equipment with a girdle… it’s all here! 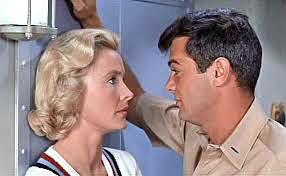 Some of the most fun for us today is seeing all the future TV stars who dot the supporting cast, including Gavin McLeod (Love Boat), Dick Sargent (Bewitched) and Marion Ross (Happy Days).

The film was a big hit when it was first released, winding up the third highest-grossing picture of that year.

Years later it spawned a TV version that featured Tony Curtis’ daughter playing the same nurse who was Curtis’ love interest in the original.

Who knew war could be so much fun (at least until Hogan’s Heroes showed us how much fun a Nazi prison camp could be)? 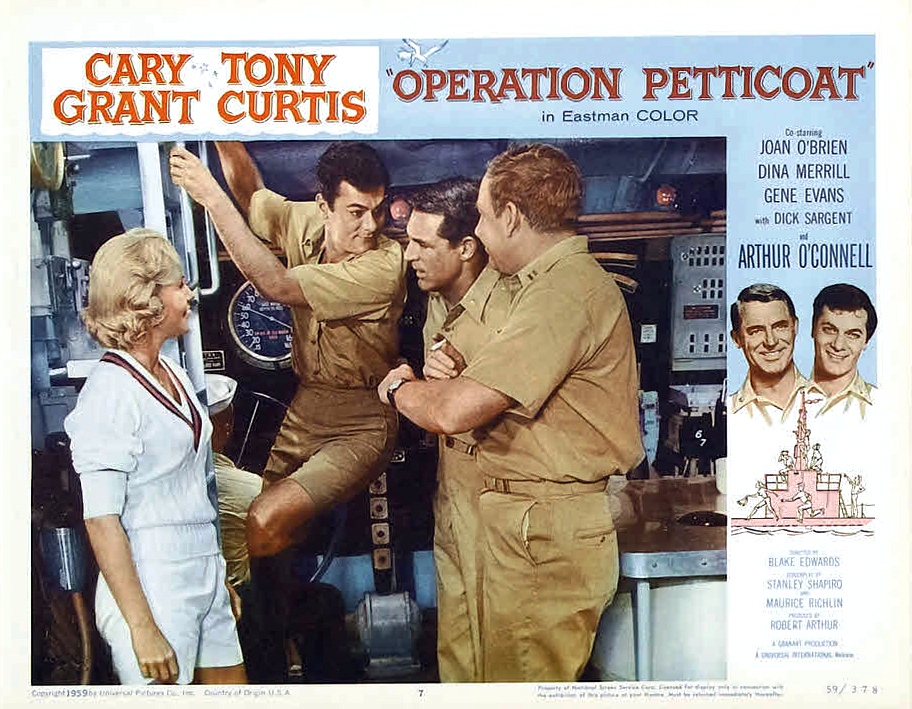