The Story Behind the Song - "Fire & Rain" 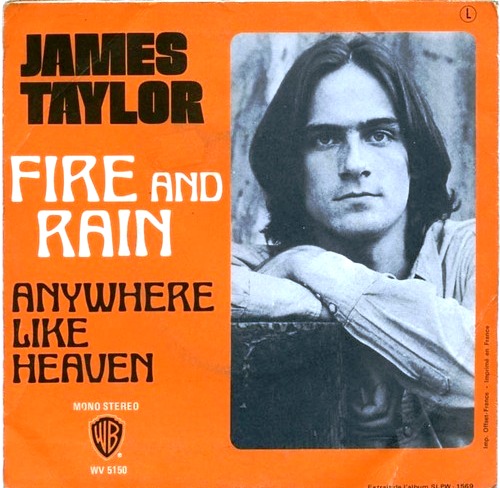 From his second album and his first real hit single, "Fire & Rain" remains one of James Taylor's most requested and popular tunes.

Written in 1968 but released in 1970, the song is actually all about some personal struggles in Taylor's life. The Susan in the lyrics is Taylor's close friend Susann Schnerr. She committed suicide. The news was initially kept from Taylor by friends who thought it was distract him from his career.

The second verse about his "body aching" refers to Taylor's heroin addiction. And most people have heard that the line about "flying machines in pieces on the ground" is about Taylor's early group the Flying Machine that broke up due to internal dischord.

Taylor has said he was surprised that such a personal song would not only become a hit single but touched so many people. But it's credited with helping fuel a craze for singer-songwriters that would also help propel the careers of artists such as Billy Joel and Taylor's future wife, Carly Simon.