The Story Behind the Song: Sally Go Round the Roses 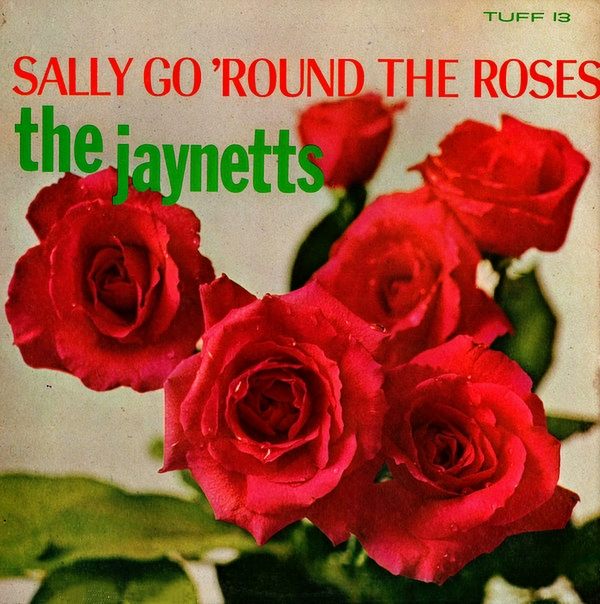 One of the simplest, yet most haunting songs of the 1960s, “Sally Go Round the Roses” hit right before the start of Beatlemania in August of 1963. The record is credited to a one-hit wonder, the Jaynetts, but the story behind the song reveals a history that’s a bit more complicated.

Abner Spector (no relation to Phil) was an A & R man for Chess Records who occasionally produced R&B sides for a small independent label known as Tuff Records. In the spring of 1963, Spector decided that he wanted to record a song with the girl group sound that was then a very popular genre (thanks to the Shirelles, the Chiffons, the Dixie Cups, etc.). So, he talked to the head of Tuff Records, Zelma "Zell" Sanders, and asked her to come up with an appropriate song and begin assembling some singers. Zell wrote the song in collaboration with Spector’s wife, Lona Stevens. The duo decided to draw their inspiration from the nursery rhyme “Ring Around the Rosie” (itself kind of creepy – as its seemingly innocent lyrics are really about the symptoms of the Bubonic Plague).

Once the song was written, Spector played the tune for arranger Artie Butler. Artie didn’t think it sounded like a hit, but agreed to do what he could with the song. To save money, Bell worked out of a small demo studio in Manhattan, hiring only 2 musicians to assist him – guitarists Al Gorgoni and Carl Lynch. Butler himself played all the other instruments. The tracks were laid down on an old Ampex machine, recording at 71/2 ips. Butler slowly built up the tracks applying a different style and amount of reverb to every new instrument he added. 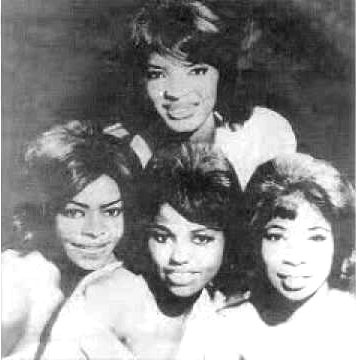 When he had the backing tracks completed, he went in the studio with a group of 5 female singers Sanders had assembled (Yvonne Bushnell, Ethel Davis, Ada Ray Kelly, Johnnie Louise Richardson and Mary Sue Wells). Butler didn’t think they were enough and began adding other voices to the recording. In the end at least 10 different women contributed vocals to the song (also including Selena Healey, Marie Hood, Marlene Jenkins, Louise Harris Murray, Lezli Valentine and Iggy Williams), with some people who attended the sessions claiming as many as 20 different singers were ultimately used.

When the record was finished, Butler played it for Spector. And Spector hated it. 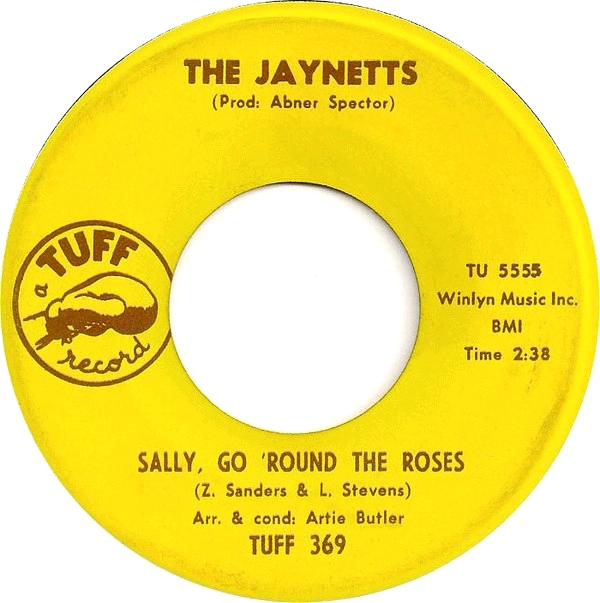 He accused Butler of wasting his money (in all, the record cost $60,000 to assemble, an unheard of figure in those days). So, Butler took the record to famed songwriter/producers Jerry Lieber & Mike Stoller (Elvis, the Coasters, the Drifters, etc.). Lieber & Stoller loved the song and offered to buy it from Spector and release it themselves. Well, their interest changed Spector’s mind. He went ahead and released it himself on the Tuff label, using the name the Jaynetts as the recording artist and crediting himself as producer. Butler did wind up getting credit as arranger, but received only $3 for all his efforts. When the record was released, most photos of the alleged “group” showed only four of the females who sang on the record (Yvonne Bushnell, Ethel Davis (aka Vernell Hill), Ada Ray Kelly and Johnnie Louise Richardson, with Mary Sue Wells eventually replacing Richardson).

The song became an immediate smash, racing up the charts until finally reaching #2 on the Billboard Hot 100 in September of 1963.

One of the reasons for the song’s enduring popularity is the almost other worldly eeriness & melancholy that drench the production. And what has caused this soul-crushing sadness is only vaguely alluded to in the lyric: “Saddest thing in the whole wide world/See your baby with another girl”. A simple case of a cheating lover seems too trivial for such monumental sadness. Over time, many have put forth a variety of other explanations – the song is about lesbian lovers (then a scandalous topic), drug use, the singer has discovered she is pregnant and will be an unwed mother. But like all great rock songs, the meaning of it is totally up to each individual listener to determine. 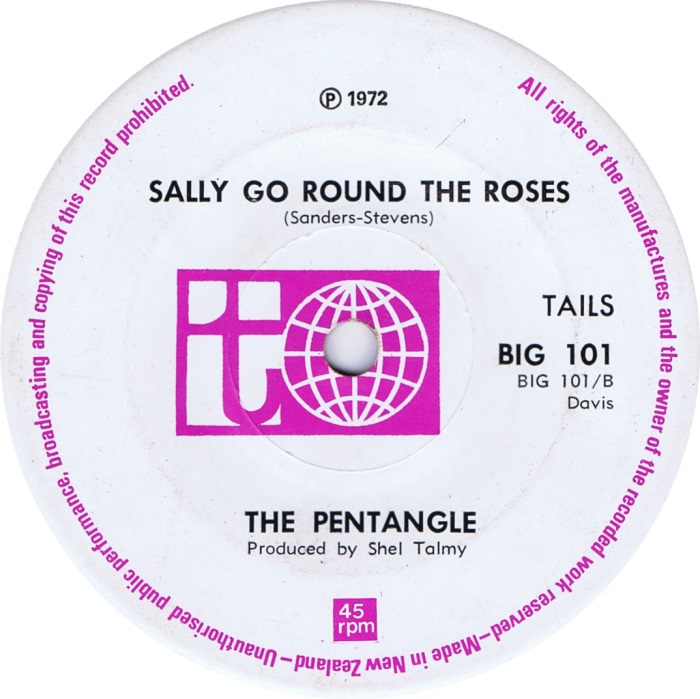 The song has inspired many other rock singers who came after it, including Grace Slick (who performed the song with her original group, the Great Society), Joan Baez (who can be heard singing a bit of the song in the Dylan film, Don’t Look Back), Pentangle (who had a UK hit with the song at the end of the 60s and many others, including Donna Summer who recorded a version when she was going by the name Donna Gaines.

Alas, lightning only struck once. Attempts to follow up “Sally Go Round the Roses” all failed to chart. But the record was named to Billboard’s compilation of the “100 Greatest Girl Group Songs of All Time.” Give it another listen and se if you can figure out why Sally needs to keep going round those roses.