Revenge of the One-Hit Wonders; "Wipe Out" by the Safaris 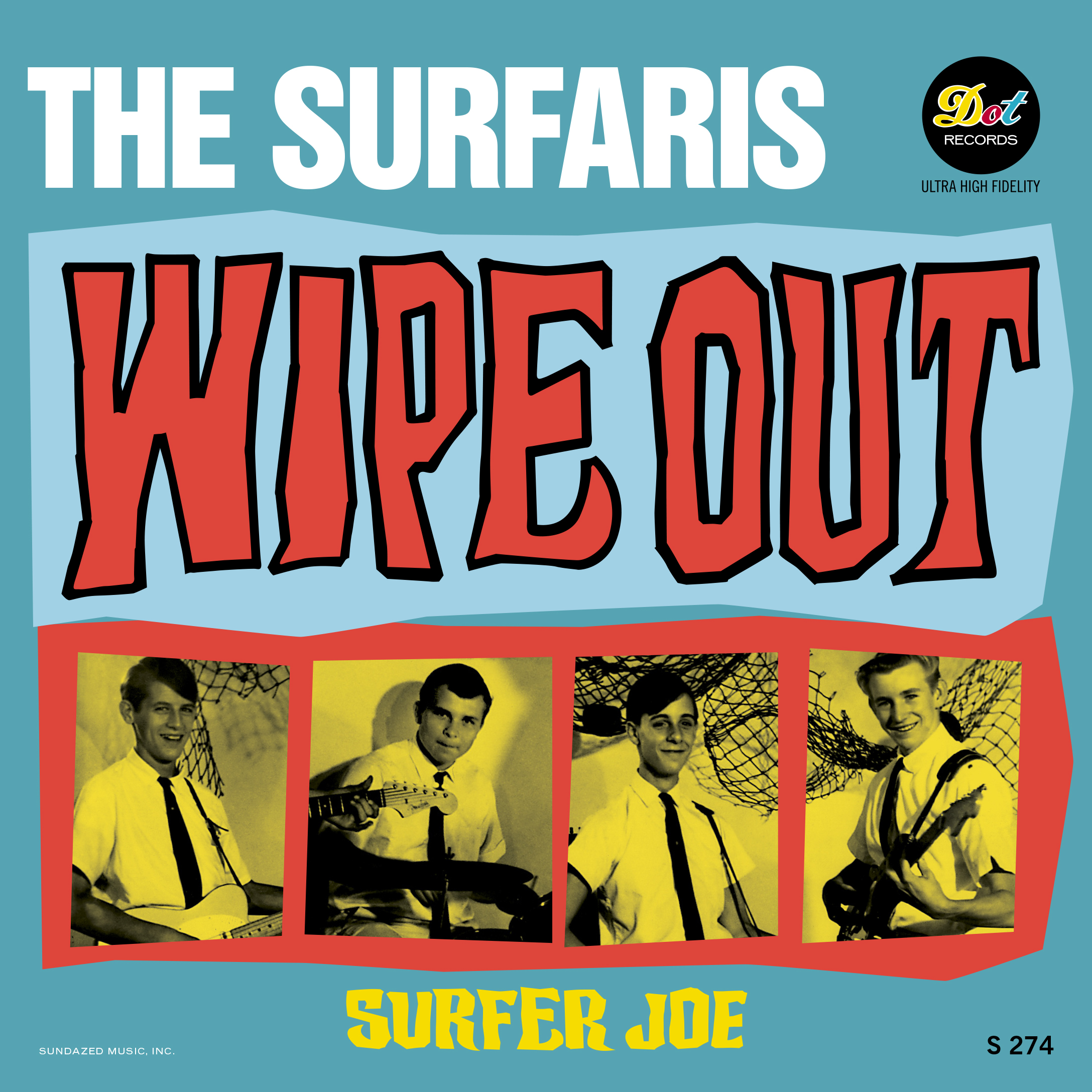 One of the most iconic of all surf instrumentals, “Wipe Out” by the Safaris, almost never came to be.

The song was composed and recorded on the spot when the band was in the Pal Recording studio in Cucamonga, California. The lads thought their first big smash would be “Surfer Joe,” but they needed something for the single’s B-side.

The band members, Bob Berryhill, Pat Connolly, Jim Fuller and Ron Wilson, launched into an enthusiastic bit of a jam, keyed by Wilson’s energetic drum solo. In keeping with the surf theme of the A-side, the boys christened the tune “Wipe Out” after the term surfers used when one of their own fell off their board in an often-painful way.

For a finishing touch, the band added a sound effect they thought sounded like a surfboard breaking up as well as a maniacal laugh and the expression “wipe out” voiced by the group’s manager, Dale Smallin.

To the Safaris’ surprise, “Surfer Joe” failed to get much airplay. But their throwaway instrumental proved to be a different story. Although the single was released by the tiny DFS label, it attracted the attention of Dot Records, a national label. They bought the rights to the single and released it in the summer of 1963. By fall, it had climbed all the way to #2 on the charts, selling well over a million copies. Even more amazing, the song returned to the Top 20 just 3 years later, reaching #16 in 1966.

It sold still more copies when it was featured on the soundtrack of the 1987 film Dirty Dancing.

Unfortunately, the band was never able to duplicate their initial success. They released only 4 other singles and were soon “gone with the wave.”

But for Baby Boomers, there was once only one true test of a great drummer – could he play the drum solo from “Wipe Out?”