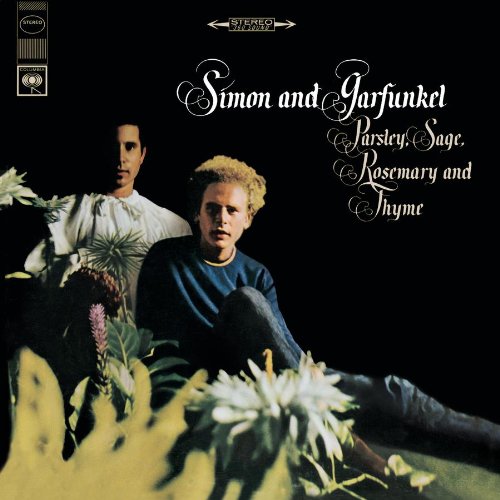 Its title sounded more like a cookbook than a record album, but Parsley, Sage, Rosemary & Thyme capped a spectacularly rapid rise to superstardom for a duo who had been trying to make it in the music business since 1957.

It was technically Simon & Garfunkel’s third studio album, but it was really the first where they were allowed to exercise creative control. 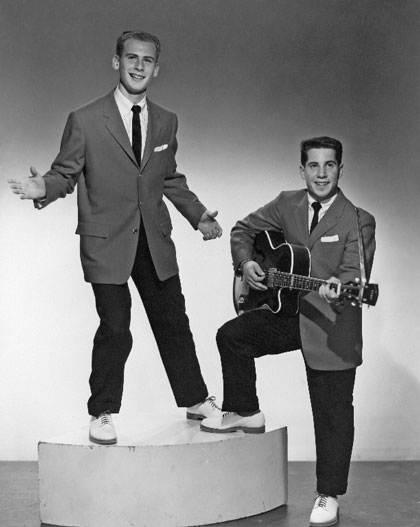 Paul Simon and Art Garfunkel had been friends in school. Their first efforts at recording had been as a rock and rock duo who called themselves Tom & Jerry. They actually had a small regional hit with “Little Schoolgirl” in 1957. The 1958 follow-up single bombed and the boys soon gave up rock, turning instead to the emerging folk music scene.

Using their own names, they recorded an album of folk tunes for Columbia Records called Wednesday Morning, 3 A.M. That bombed, too. So Simon and Garfunkel went their separate ways. Simon took off for London while Artie remained stateside.

Meanwhile, something called “folk rock” was taking over the music business. It began went Bob Dylan plugged in an electric guitar. But it went super-nova when the West Coast rock band the Byrds took a rock arrangement of Dylan’s “Mr. Tambourine Man” to the top of the charts. Both Dylan and the Byrds were on Columbia Records.

In a bid to corner the “folk-rock” market, Columbia (without Simon and Garfunkel’s permission or even knowledge) took a track from Wednesday Morning , 3 A.M. and added drums and electric bass. Like “Tambourine Man" before it, “The Sounds of Silence” raced up the charts!

Quickly reunited, Columbia threw Simon & Garfunkel into the studio to come up with an album that reflected their new status as the darlings of “folk rock.”

In the UK, Simon had recorded a solo album for release in that country only, called The Paul Simon Songbook. Five of those songs were quickly re-worked (“I Am a Rock,” “Leaves That Turn Green,” “April Come She Will,” “A Most Peculiar Man” and “Kathy’s Song”). The resulting album, The Sounds of Silence, did well but not spectacularly. It peaked at #21 on Billboard’s album chart. 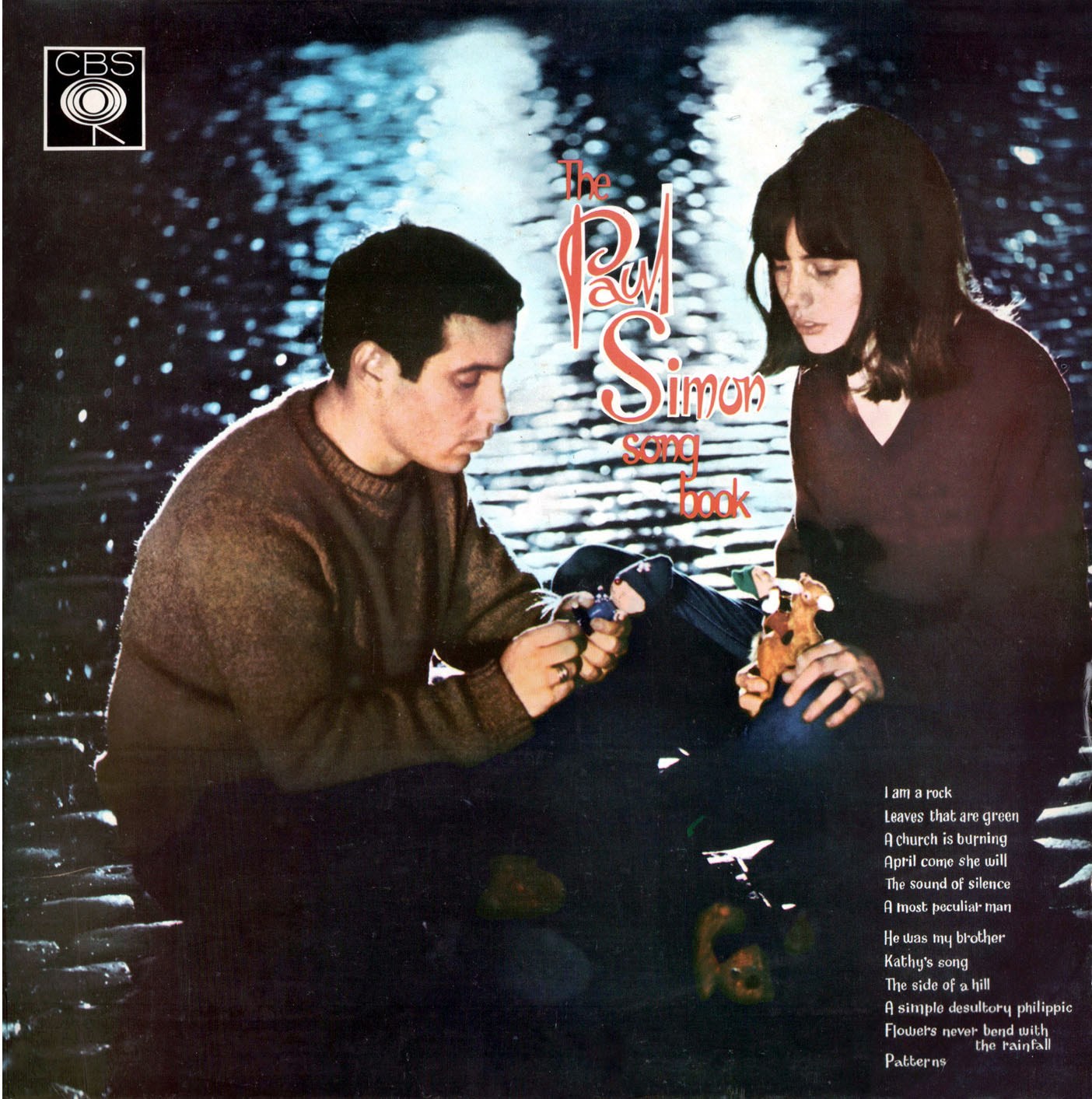 For their third album, Simon and Garfunkel were determined to take more time. It took them three months and cost $30,000 (a long time and astronomical sum of money in the music business back then). But the result was the one of the first albums from a group not named the Beatles that demanded to be listened to as a single cohesive musical work, not simply a collection of a couple of singles and some filler. Parsley, Sage, Rosemary & Thyme peaked at #4 on the album charts and has since gone triple platinum. It was also named to Rolling Stones’ “Top 500 Albums of All Time.” It firmly established Simon & Garfunkel as rock royalty.

How many of us remember that the album title is NOT the name of the first track, but simply a lyric from that song? “Scarborough Fair” is an old English folk ballad (traced back as far as 1670) that had become something of a staple on the folk music circuit of the day. But both Paul and Art worked on rearranging the song, adding a counter melody that included lyrics cribbed from another song Simon cut in the UK called “The Side of a Hill.” The result is rock classic that is uniquely S&G’s own.

What is also not remembered is that song was not a hit when the album was first released in the fall of 1966. It only hit the pop charts two years later when it was featured as part of the soundtrack to Mike Nichols’ film, The Graduate.

Two of the songs on Parsley, Sage, Rosemary & Thyme did become hits. Those were “Homeward Bound” and “The Dangling Conversation.” A third song, “The 59th Street Bridge Song (Feelin’ Groovy)” also hit the Top 20 when it was covered by Harper’s Bizarre.

The album is a great example of the influence folk was having as many of the younger members of that movement (Simon, John Phillips, John Sebastian, etc.) were migrating to rock. The folkies brought with them an interest in social movements and the left-wing political causes of the day.

On Parsley, Sage, Rosemary & Thyme, Paul Simon hilariously sends up the entire “protest song” fad and Bob Dylan himself with “A Simple Desultory Philippic (Or How I Was Robert McNamara’d into Submission)” (an updated version of another song from his UK LP). He then turned around and closed the album with a very serious piece of musical protest, "Silent Night/7 O' Clock News." Paul & Artie sang the traditional Christmas carol while a horrific newscast (featuring actual stories of the day read by veteran L.A. radio announcer Charlie O’Donnell) grows continually louder. 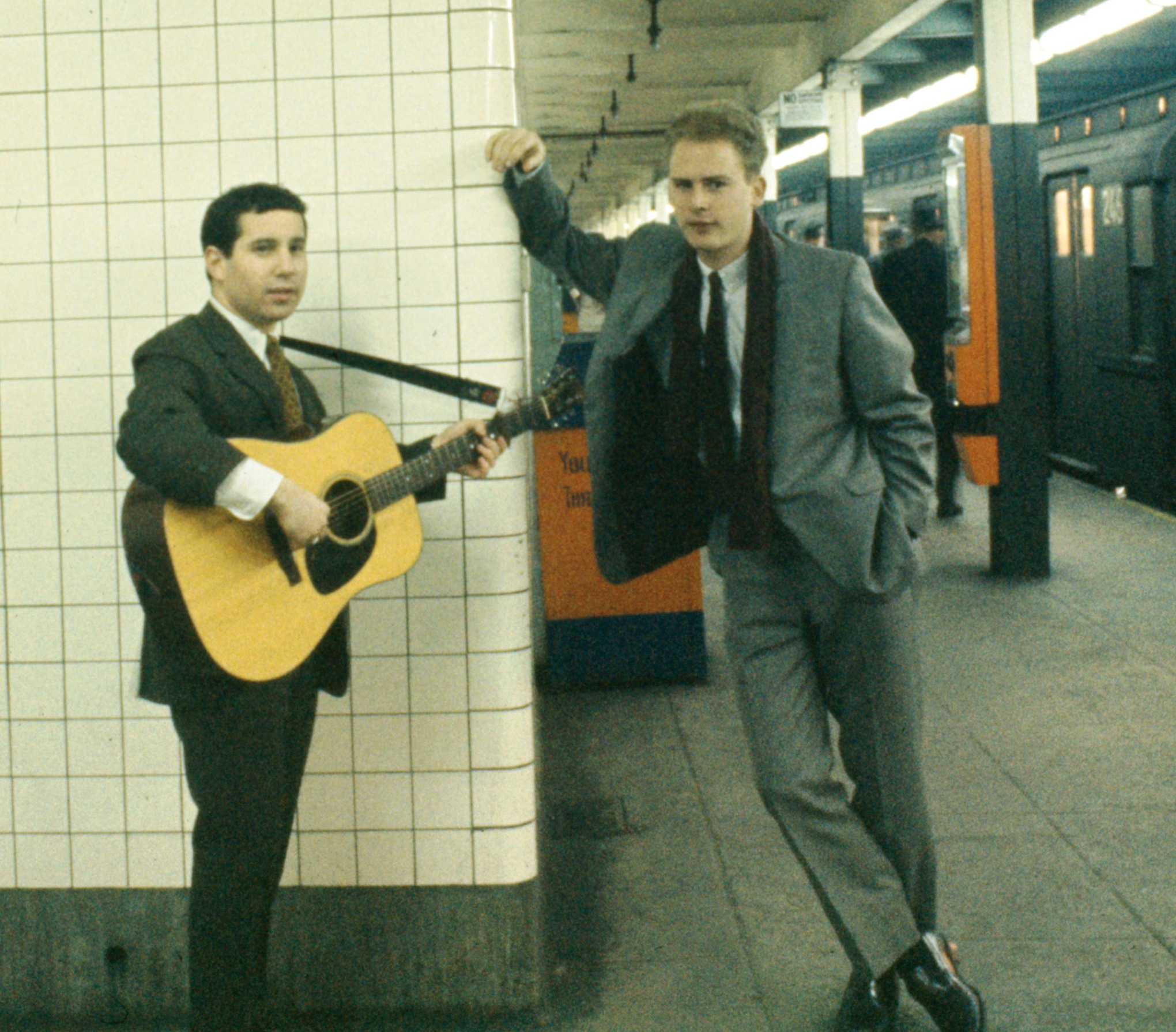 Long a fan favorite song, Artie sings “For Emily, Wherever I May Find Her” all by himself and has never sounded more angelic. The album also features two more songs pulled from the Simon solo UK album: “Flowers Never Bend with the Rainfall” and “Patterns”.

Hard to believe because of their enormous success and influence, but Simon & Garfunkel were destined to record only two more studio albums.

Despite the very mid-sixties’ touches, Parsley, Sage, Rosemary & Thyme has aged very well and remains an essential part of any Boomer’s music collection.