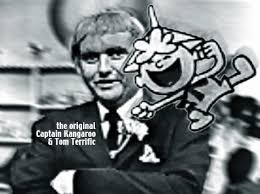 Animator Gene Deitch created Tom based on an earlier character named Terr’ble Thompson that Deitch had tried to make into a daily comic strip. Simply put, Tom was the self-proclaimed “greatest hero ever” who had the ability to transform himself into virtually anything thanks to his magical “thinking cap,” which looked suspiciously like an upside-down funnel. The hat also enhanced Tom’s intelligence. In fact, without it, he probably would have been held back a grade as he couldn't even figure out that his dog, the Mighty Manfred was lazy beyond belief. 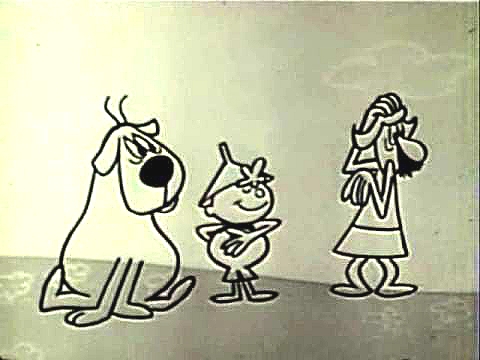 The animation seemed crude at the time. They didn’t even paint Tom & Manfred with solid bodies, letting the backgrounds show through, yet it was still miles ahead of the cheap TV animation that was to follow. Also, the stories and gags were imaginative. All of the voices on the show were handled by veteran voice artist Lionel Wilson, who continued plying his trade right up through providing voices on Courage, the Cowardly Dog (perhaps a distant relation to Manfred). 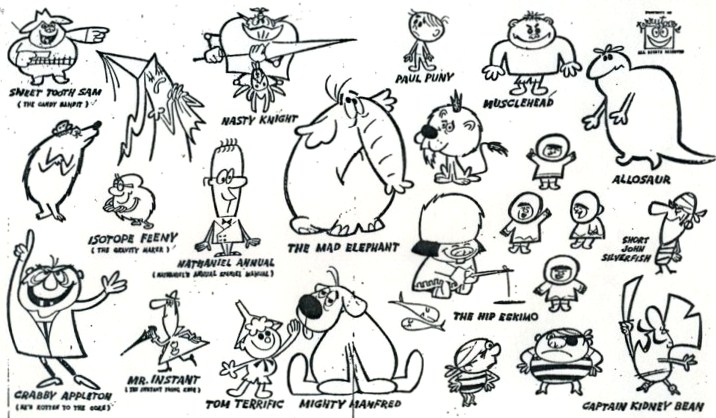 The episodes ran one a day, usually lasting only a few minutes. On Monday through Thursdays, the episodes ended on a cliffhanger with Friday’s episode providing an ending for that week’s adventure. Tom faced his share of master criminals including Captain Kidney Bean, Isotope Feeny and Sweet Tooth Sam. But his arch enemy was, without a doubt, Crabby Appleton – rotten to the core! In fact, Mssr. Appleton proved so popular he gave his name to a rock band/one hit wonder whose recording of “Go Back” cracked the Billboard Top 40 in 1970.

There were 26 full adventures of Tom Terrific – 13 produced in 1957 with an additional 13 created in 1958. Those episodes continued to rerun into the 1960s until they were finally retired, most likely because all 26 had been filmed in black & white. 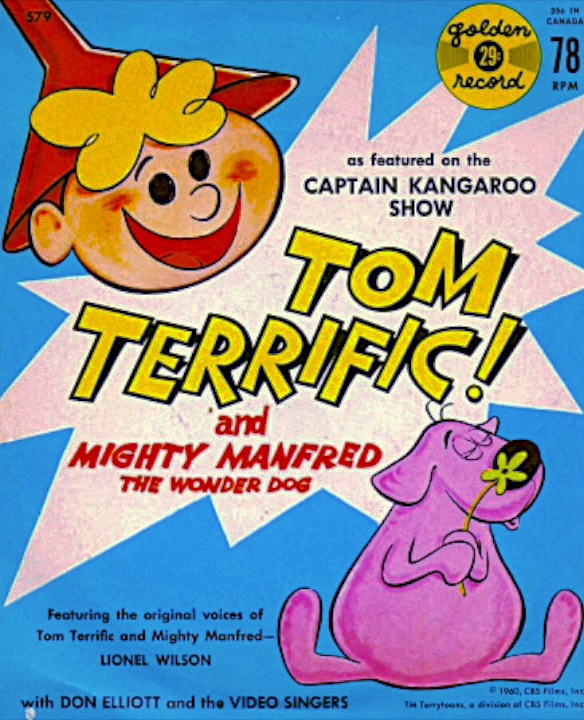 Alas, there has never been an authorized home video release of Tom Terrific in any format although in his heyday, he spawned a wealth of merchandise. Tom was ranked at #32 in TV Guide’s list of the 50 Greatest TV Cartoon Characters. Crabby Appleton demanded a recount.