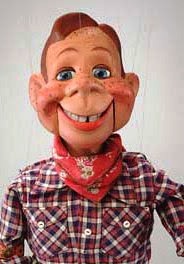 While our parents used to tell us about Milton Berle being the first TV superstar, the truth is Uncle Milty peaked long before we were old enough to remember him. For us, the first superstar to emerge from that glowing tube in our living rooms was the freckle-faced puppet Howdy Doody.

The first network television program specifically designed for children debuted over the fledgling NBC television network on December 27, 1947. At first, the show was called Puppet Playhouse and Howdy was an unseen character, allegedly too shy to appear on camera with the host, Buffalo Bob Smith. Smith had created the character and voice during his time as a singing radio personality. BTW, Bob’s nickname was both a play on Buffalo Bill, the legendary Wild West showman, and a salute to Smith’s hometown of Buffalo, New York.

The show began as an hour-long program on Saturdays at 5 PM (Eastern). As Howdy’s popularity took off, the network added additional hours on Tuesdays and Thursdays. 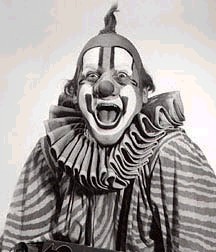 The show was unbelievably crude by today’s standards. Performed live through most its run (and starting in 1958, videotaped with very few retakes), lines were frequently flubbed and ad-libs were plentiful. The show basically consisted of Buffalo Bob sitting at a piano, singing corny songs, conducting simple games & contests with the kids in the Peanut Gallery, and providing a largely ad-libbed commentary as they showed old time movies featuring silent comedians like Charlie Chase and Ben Turpin. (NBC had paid $50,000 for a package of silent movies and in fact, created Howdy Doody as way to show the movies and get a return on their investment.)

In addition to Bob Smith’s segments, there would be occasional cutaways to a threadbare plot that usually involved Howdy and the gang in some sort of mystery or adventure. These storylines would play out over several days or even weeks.

In between, Buffalo Bob would enthusiastically hawk products directly to the kiddies himself or as the voice of Howdy, who would also shill on camera. Among the show’s most memorable sponsors (who we assume were also reaping the benefits of Howdy’s enormous popularity) were Hostess Cupcakes, Twinkies, and Sno-Balls, Welch’s Grape Juice and Wonder Bread (“with the red, yellow and blue balloons on the package”). 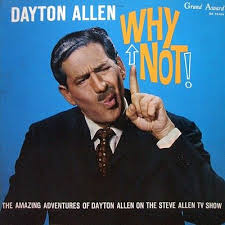 Speaking of crude, unbeknownst to audiences in the 1950’s, the closed set rehearsals for The Howdy Doody Show were notorious to network insiders for ad-libbed dirty jokes, double entendres and general hi-jinx the cast and puppeteers would engage in before opening the studio to the Peanut Gallery.

Chief instigator of these activities appears to have been Dayton Allen, a young comic actor who provided the voices for Flub-a-dub and Mr. Bluster as well as appearing on camera as various recurring characters like the professional wrestler Ugly Sam. Allen would go on to greater fame as part of the ensemble cast Steve Allen employed for the original Tonight Show and other variety programs Boomers should also know that Dayton provided the voices for your favorite cartoon talking magpies, Heckle and Jeckle. 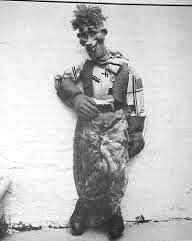 That first Puppet Playhouse telecast in 1947 was an immediate smash, with kids clamoring to see what Howdy Doody looked like. Original puppeteer Frank Paris completed the first Howdy Doody and got him on camera in early 1948. Bob Smith called it “the ugliest puppet imaginable.” Looking at photo of the original Doody-head at left, it’s hard to argue with that assessment.

But despite the fact they had an overnight success and finally had their star on stage, there was trouble brewing in Doodyville. More on that in our next installment.