If you love gangsters movies and haven’t seen this film, stop what you’re doing and buy, rent, stream or in any way possible see this movie! 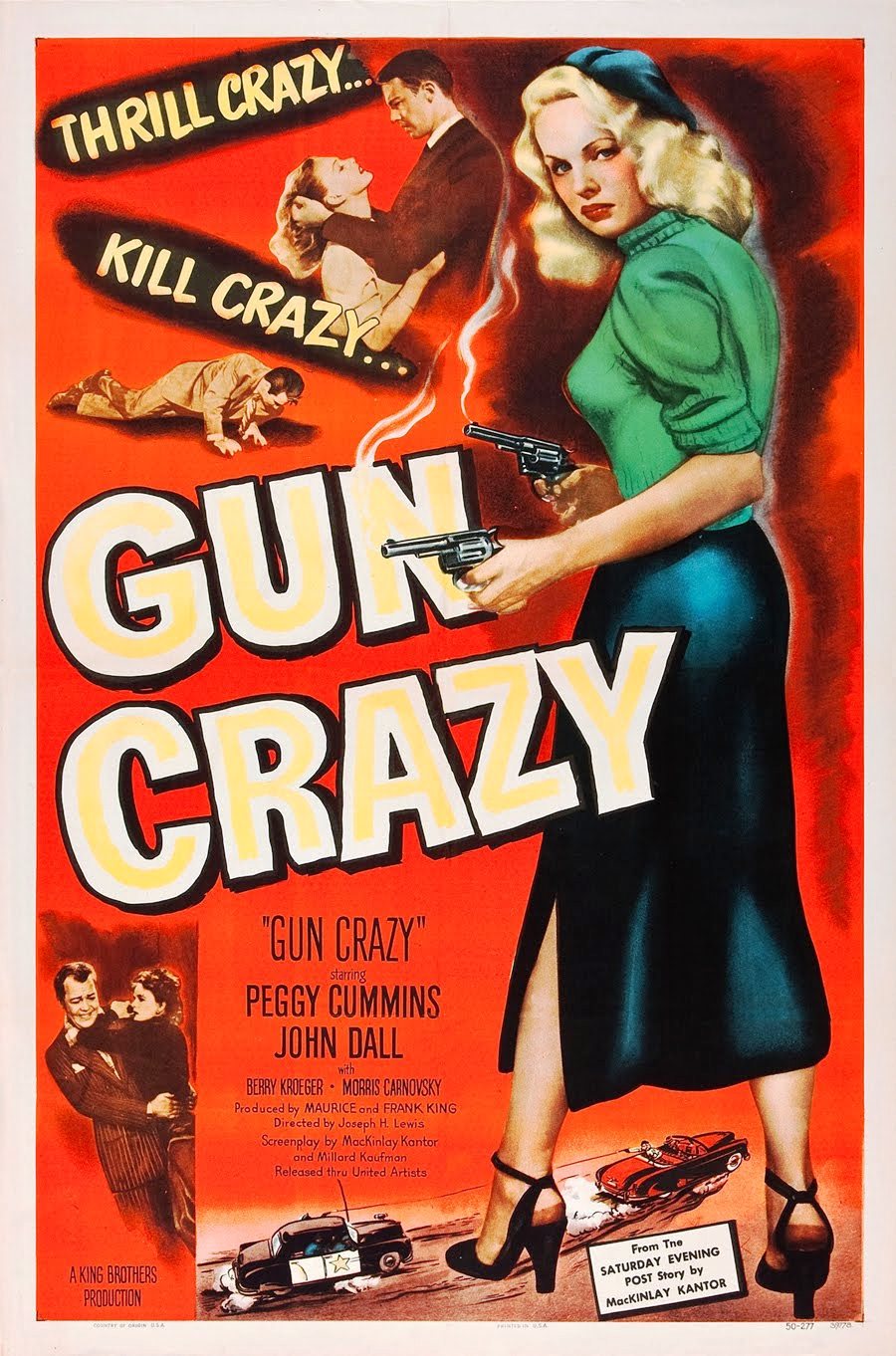 If you saw the Oscar-nominated Trumbo (2015) and are curious about the films Douglas Trumbo wrote while blacklisted, see this movie!

Gun Crazy may be the greatest film most people have never heard of!

Quick recap if you didn’t see Trumbo: During the days of the Hollywood blacklist, screen writer Douglas Trumbo (Spartacus) was reduced to working for a low-rent b-movie outfit run by Frank and Maurice King (John Goodman plays Frank King in the film). Trumbo’s work on Gun Crazy had to be credited to his friend Millard Kaufman. 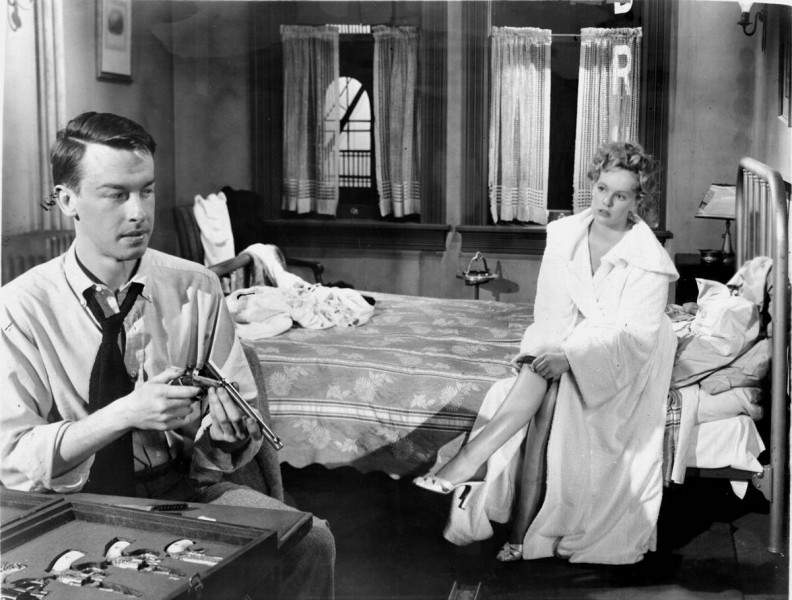 Gun Crazy is one of the cheaply made pot-boilers the King Brothers specialized in. Yet Trumbo’s script, combined with Joseph Lewis’ direction and the acting of the leads (John Dall and especially Peggy Cummins) turn this into one of the best and most influential gangster films of the post-WWII era.

The tale is simplicity in itself. Dall plays Bart Tare, a young man with a most unhealthy obsession with firearms (Calling, Dr. Freud!). Despite his love of guns, he also has a real aversion to using them to kill or harm people.

Tare meets his match in a side show sharpshooter named Annie Laurie Starr (Cummins), who shares Tare’s gun love, but not his ethics.

Before long, the duo leave the carnival for a wild interstate crime spree you just know is not going to end well. 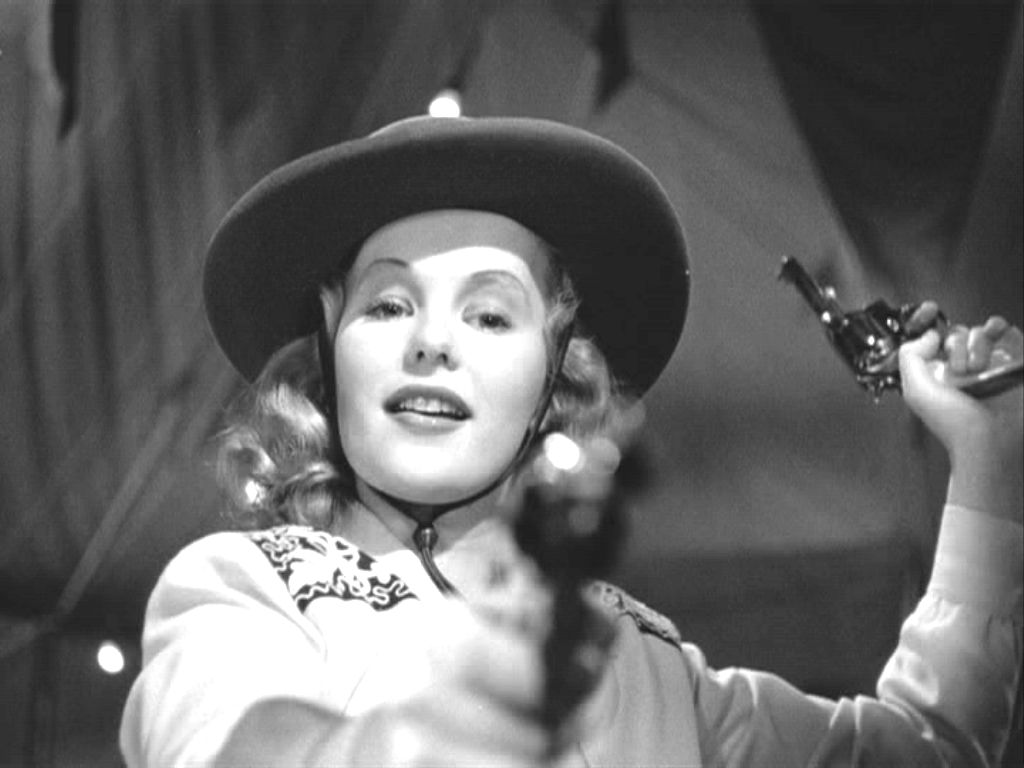 Why Peggy Cummins did have a better career in Hollywood remains a mystery. In Gun Crazy, she is smokin’ hot and her acting is several notches above her co-star. Cummins eventually returned to her native England where she had a modestly successful career. Hollywood’s loss.

Watch closely at the beginning, you will also see a very young Russ Tamblyn (billed as “Rusty Tamblyn”) make an appearance as the young Bart Tare.

Also pay attention to a stunning bank robbery scene. This scene was shot in one continuous take with a camera mounted in the back seat of the robbery vehicle. We watch as the car pulls up to the bank, a patrolman is distracted and then knocked out. We wait while Tare goes into the bank. Then we watch as he returns for the getaway. To add to the realism of the scene, the director instructed his actors to improvise their dialog.

While the film was consigned to grindhouse circuit in both its initial release and a subsequent re-release (where the film was re-titled Deadly Is the Female), it has continued to gain in stature and notoriety through the years.

In 1998, Gun Crazy was selected for preservation in the United States National Film Registry by the Library of Congress as being "culturally, historically, or aesthetically significant." 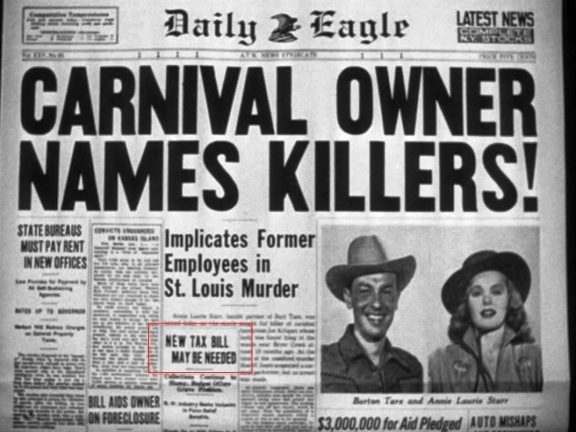 The film has also been nominated for inclusion in several “best” lists of the American Film Institute including:

Gun Crazy also had a huge impact on both French New Wave films and Arthur Penn & Warren Beatty when they teamed to make another film about a pair of gun crazy lovers, Bonnie and Clyde.

The time of the blacklist is one of the worst episodes in movie history and certainly one we never hope to see again. But without, we’d never have had Gun Crazy. 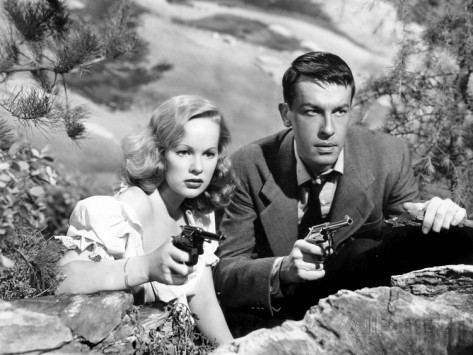