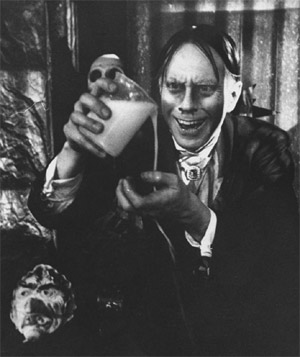 Local TV Horror Hosts – most of us had ‘em.

In New York and northern Jersey, it was Zacherley (aka John Zacherle). In L.A., it was Vampira. Milwaukee had Dr. Cadaverino and Tampa had Dr. Paul Bearer. They were the “creatures” who brought us monster movies, good and bad, usually on the weekend and ideally late at night.

For Halloween, here’s a look at some of the men and women who brought us Monster-Horror-Shock-Chiller-Nightmare-Theater!

It was an era when local stations actually did quite a bit of their own programming because the networks weren’t sending out shows around the clock. The hosts also gave the station an advantage. If they were showing a really bad movie, we didn’t care. We’d tune in anyway just to see what the host was up to.

See if your favorite is here: