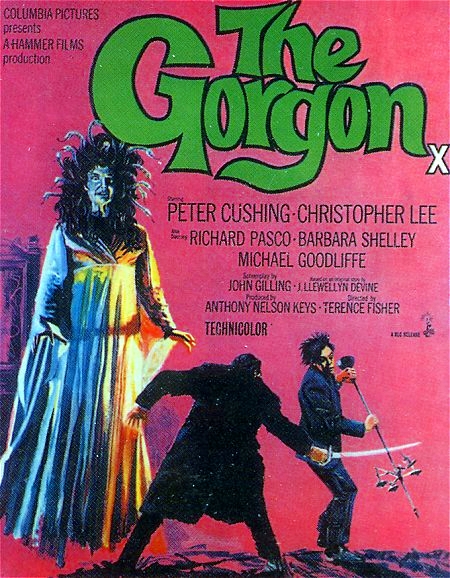 We were born too late to experience the great Universal horror films in first run theaters. Instead, we watched them on our local TV station’s “Shock-Horror-Monster-Chiller-Nightmare Theater.” You remember. Those late night weekend shows where the TV weather guy dressed up as a vampire or mad scientist and showed all those great Boris Karloff and Bela Lugosi movies that had scared our parents.

In fact, those old black & white monster movies created such a sensation on TV that British movie studio, Hammer Films, made a tidy sum remaking endless variations of “Frankenstein,” “Dracula” and “The Mummy” so we’d have some color horror to see at the drive-in ourselves.

But one of their films featured a totally original monster and is still tremendous fun to watch today, The Gorgon from 1964. 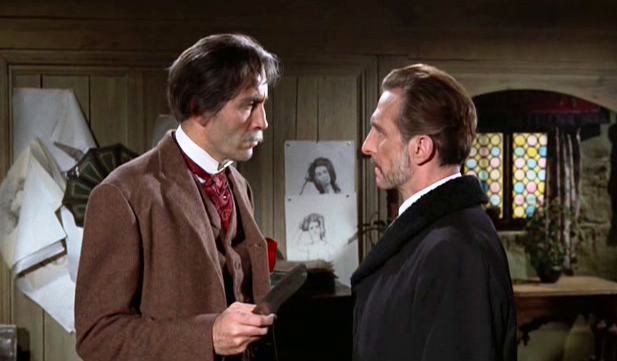 One of the first things that makes this movie fun is the chance to see Christopher Lee play the good guy! He’s Professor Karl Meister, investigating some very strange murders in 1910 in the kind of comic opera German village at the center of every great monster movie.

Peter Cushing gets top billing as Dr. Namaroff, but trust us – this is Lee’s film! 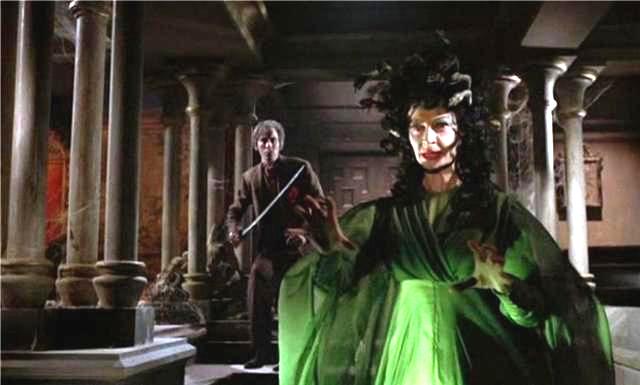 You’ve got victims turning to stone. Sadly, very little of the famous “Hammer cleavage” that kept young boys interested in between the mayhem. And a film that trades on ancient Greek mythology rather than middle European superstitions.

There’s also a refreshing mystery angle to the plot as the title character assumes normal human form during the day, so we’re not sure which of the cast members will be sporting a head full of snakes by the end of the film.

This Halloween, check this one out. It’s from an era when “getting stoned” meant something else altogether!