What was the first made-for-TV animated holiday special? Oh, alright. The title of this post sort of gives it away. 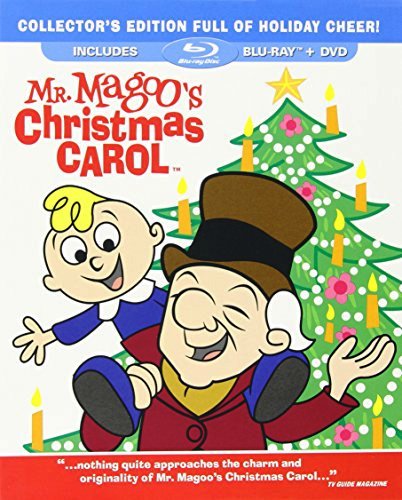 Yes, before Rudolph the Red-Nosed Reindeer, before A Charlie Brown Christmas, there was Mister Magoo’s Christmas Carol!

Magoo had made the jump from theatrical cartoons to his own TV series in 1960. The success of that show convinced UPA (owners of the character) to make a 60-minute adaptation of the Charles Dickens classic.

First broadcast on NBC on December 18, 1962 with the sponsorship of the Timex watch people, the special took on an unusual “show-within-a-show concept.” Magoo was a great actor, returning to his theatrical roots by appearing on Broadway as Ebenezer Scrooge in a musical version of the famous tale. 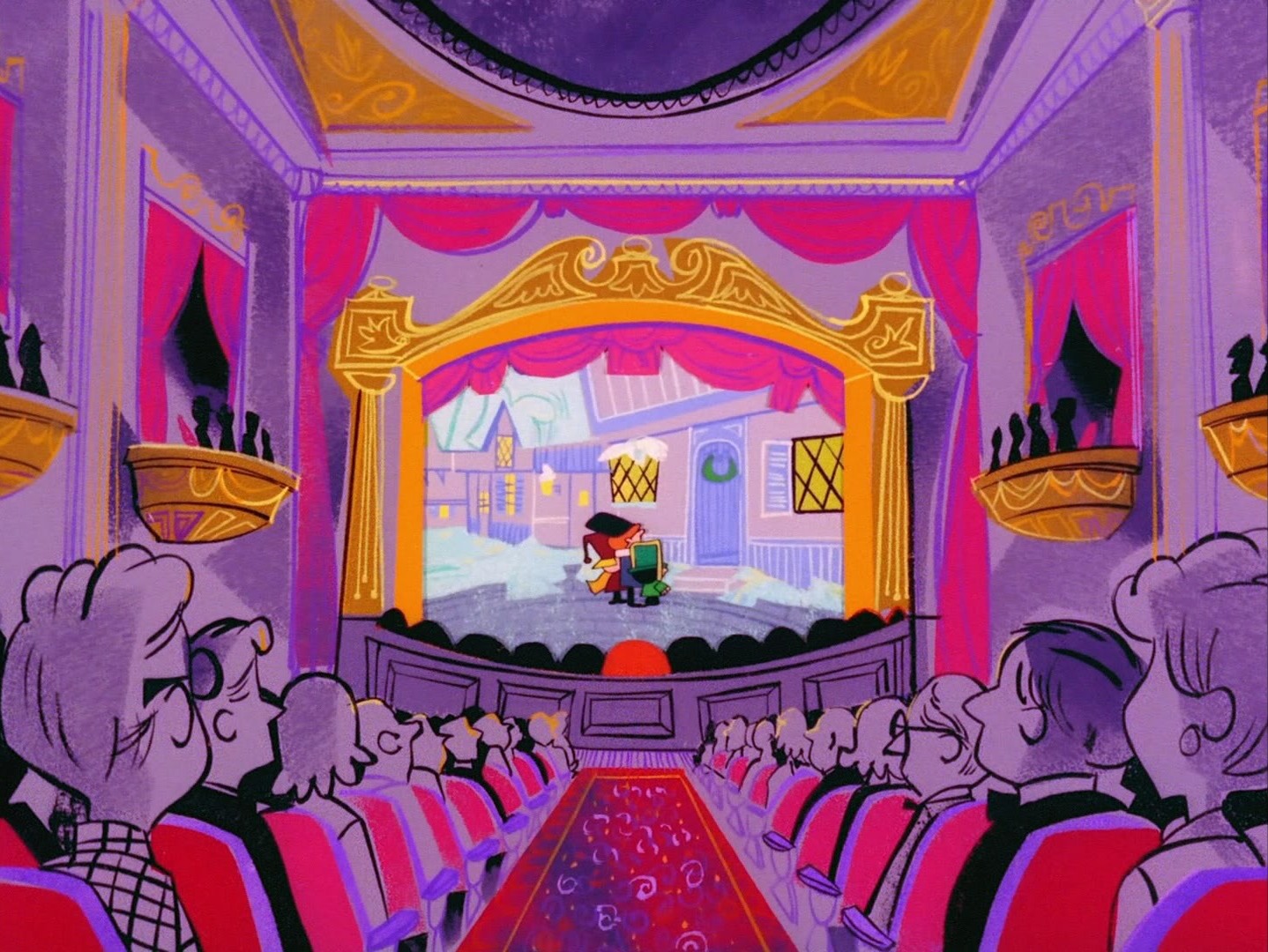 Why this gimmick? We really don’t know. Maybe the network suits thought Magoo too familiar a character for the audience to simply buy as Scrooge without first establishing WHY he was playing Scrooge. In any event, they kept the near-sighted gags and Magoo’s already cantankerous personality lent itself very well to playing fiction’s most famous miser. 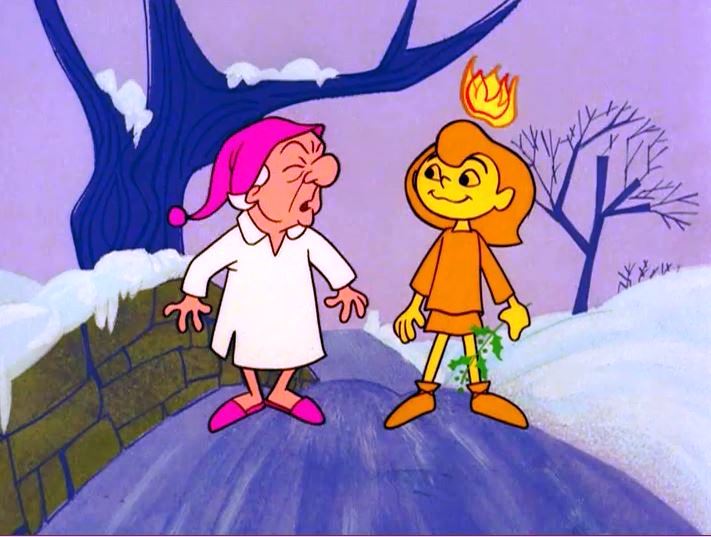 The songs are much better than you would ever expect them to be, written by the accomplished team of Jule Styne and Bob Merrill (who would write the songs for Funny Girl together and many more hits working with other collaborators).

The show was very well received when it was first broadcast. In fact, its success led to the creation of an entirely new TV series, The Famous Adventures of Mr. Magoo – with Magoo playing other famous characters from literature, but never as well-cast as he was as Scrooge. 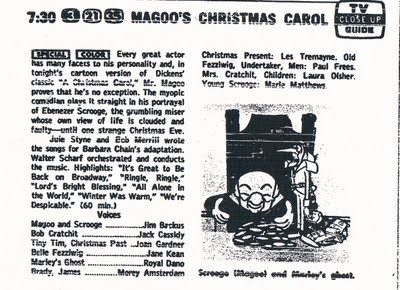 The special’s original running time was 53 minutes. Scenes have been frequently cut for additional commercials (most often, the Broadway scenes that open and close the show) since it was first broadcast. Indeed, some footage is still missing from the version available on home video. 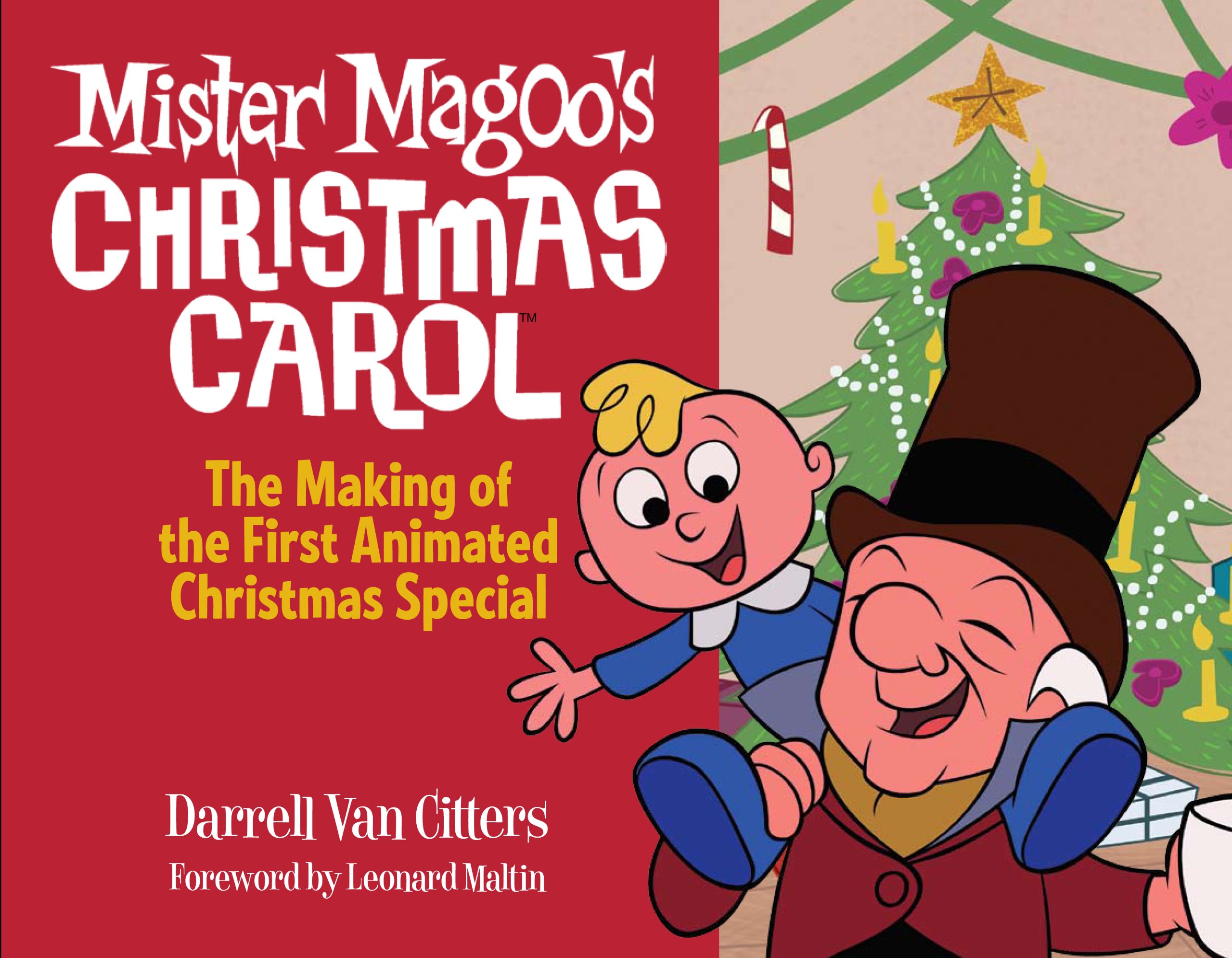 esides jettisoning Scrooge’s nephew Fred from the plot and switching the order of appearance for the Ghosts of Christmas Present and Past, this adaptation is surprisingly faithful to the Dickens original and remains one of the most beloved versions of “A Christmas Carol” for those of us who grew up in the first age of television.

In 2009, animation director Darrell Van Critters published an excellent book about Mr. Magoo’s Christmas Carol that gives you the whole story of how the special was produced as well as tons of rare animation art and behind-the-scenes photographs. Unfortunately, that book is out of print now and commands a pretty hefty price tag on the second-hand market. But if you drop by the house, we’ll let you look at our copy. 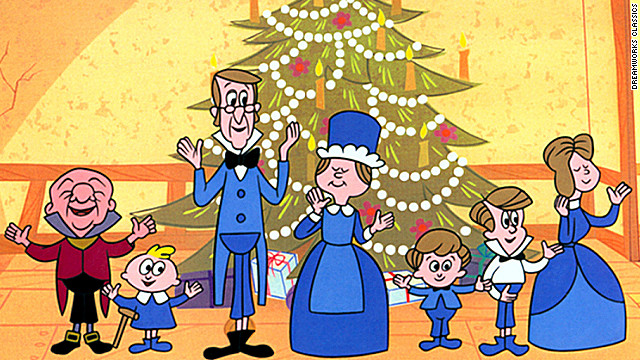