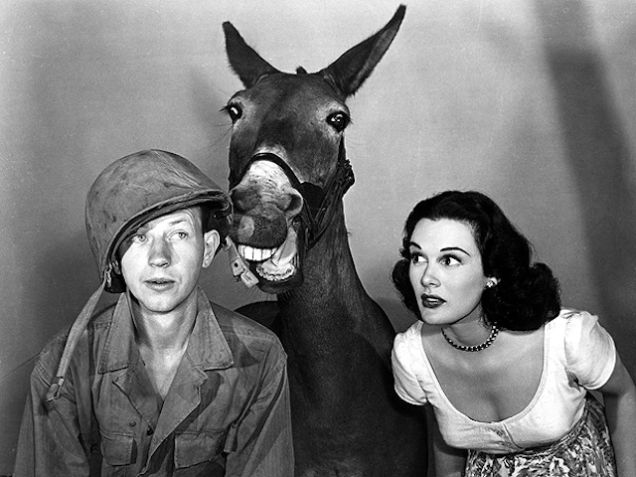 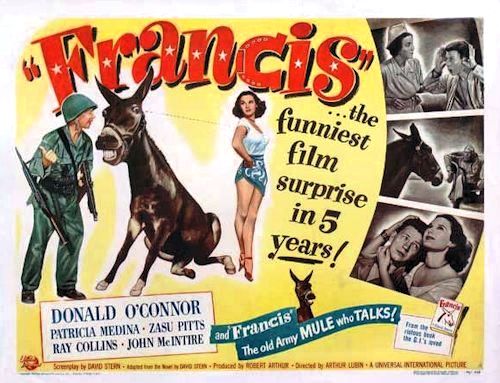 After the war, Stern adapted three of them into a Francis novel. Universal Pictures bought the film rights. In 1950, Francis (no, “the Talking Mule” was not  a part of the title) debuted in movie theaters and became a solid money maker for the studio.

The first film set the formula for the series. Legendary song and dance man, Donald O’Connor played Peter Stirling. Veteran cowboy actor, Chill Wills (uncredited) provided Francis’ voice. Initially in each picture, Francis would only talk to Stirling. Stirling would take advice from Francis, complications would arise, hilarity would ensure, only to resolve itself when Francis would finally speak in front of others. Closing credits. Fade out. At the start of the next picture, the world would conveniently forget there was ever a talking mule and the cycle would repeat itself. 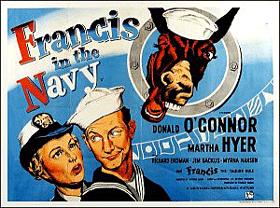 Stern actually wrote a sequel to his first Francis novel called Francis Goes to Washington, but for reasons long forgotten, that novel was never adapted into a movie.

O’Connor and Willis left the series after Francis in the Navy with Mickey Rooney and Paul Frees assuming their roles. Most agree that Francis and the Haunted House was the weakest of the series.

Francis was actually played by a female mule named Molly, who got the part because she was easy to train and had a very gentle personality. 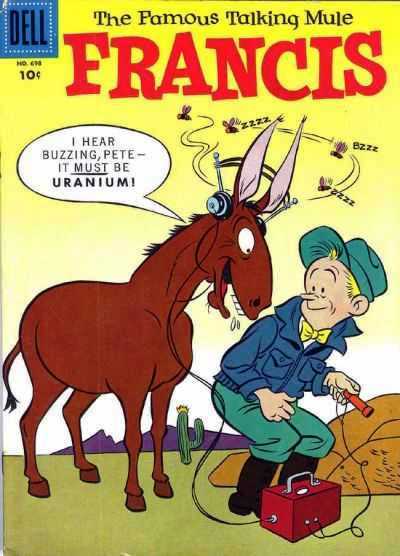 The Francis series was popular enough to spawn a bit of merchandise including a Dell comic book that ran for 17 issues.

After the series ran out of gas in movie theaters, the director Arthur Lubin and trainer Les Hilton wanted to bring Francis to TV. When they found they couldn’t secure the rights, they discovered another series of books about a talking animal. Those rights Lubin was able to purchase. The character in those books was a talking horse named “Mister Ed.”

And the rest in television history!

All 7 Francis films are available on home video. While not on the level of, say, Abbott & Costello’s best, they are serviceable little comedies made in a time when talking out of an ass was not such a bad thing! 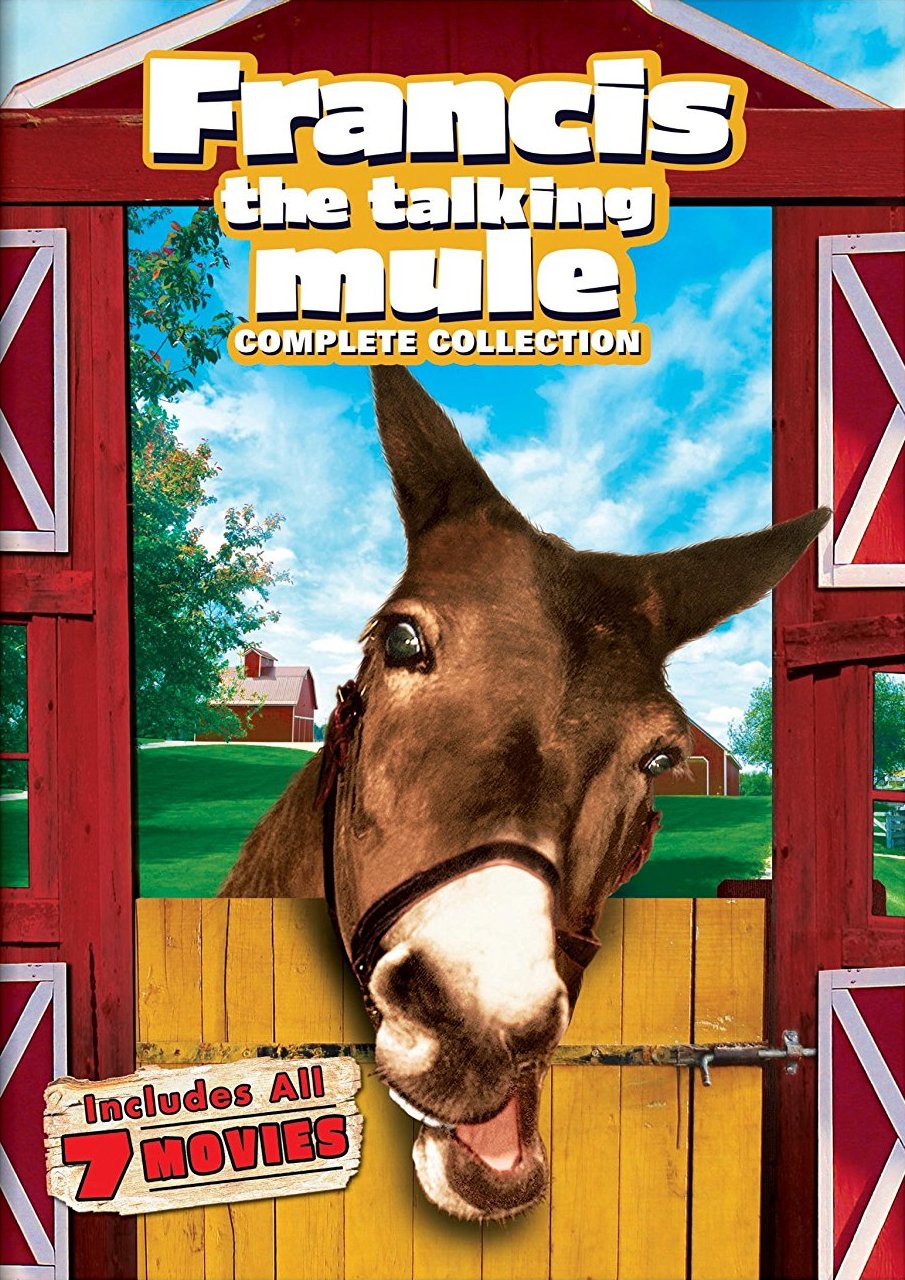