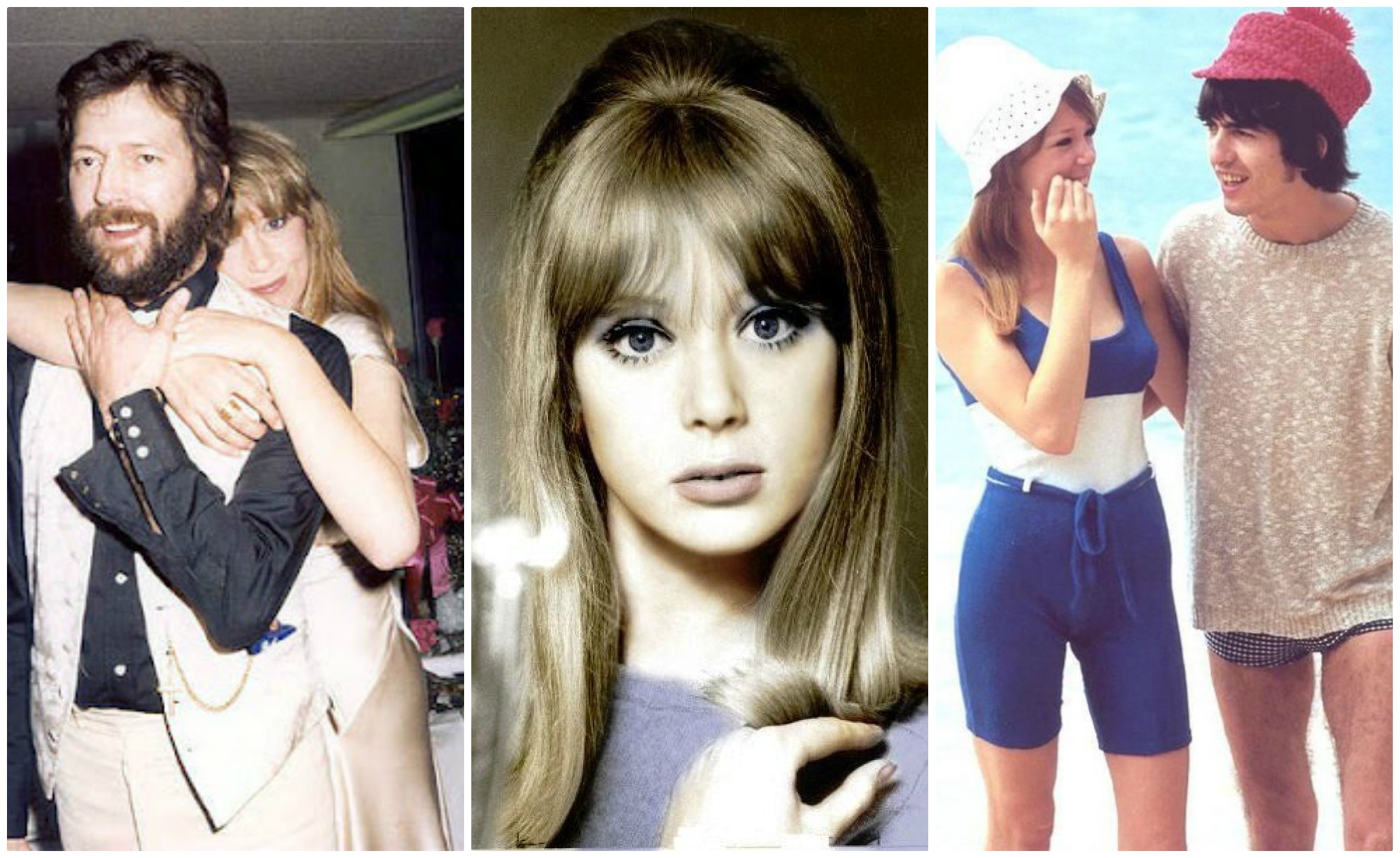 Probably rock’s most famous muse, Pattie Boyd was the inspiration for 3 of the greatest love songs of the last half of the twentieth century: George Harrison’s “Something,” Eric Clapton’s “Layla” and Clapton’s “Wonderful Tonight.”

Pattie shot to fame in the early 1960s, becoming an international success as a model. Her work on a potato chip commercial (called “crisps” in the UK) led that commercial’s director, Richard Lester, to cast her as a schoolgirl in the first Beatles film, A Hard Day’s Night.

Boyd was 19, George Harrison was 20. He was instantly smitten and began pursuing Ms. Boyd – proposing to her before they even had their first date. The couple were wed in 1966.

In the course of things, George introduced her to his new best friend, Eric Clapton. Clapton also became infatuated with Boyd. The fact that she was married to his best friend only made things worse. Someone then gave Clapton a 12th-century Persian poem called “The Story of Layla and Majnun.” (I bet you can guess where this story is going.) 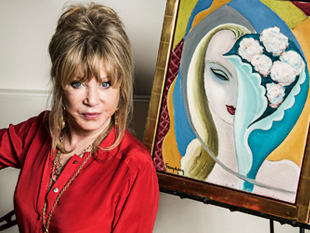 In the story, Majnun is desperately in love with Layla, but can’t have her. He eventually goes mad and wanders in the desert, never consummating his love. Obviously, this led Clapton to write his now-classic song “Layla.” In fact, his anguish about Pattie is all over his “Layla & Other Assorted Love Songs” album.

But the story of Pattie and Eric traveled a different route than that of Layla & Majnun.
Infidelities on both George and Patti’s part had put stress on their marriage. Patti chose to resume her modeling career against the wishes of her husband. Then, Pattie discovered that George was having an affair with Ringo Starr’s wife, Maureen. That apparently was the last straw. The couple separated in 1974, eventually divorcing in 1977.

Boyd and Clapton quickly became a couple, eventually marrying in 1978. That there was no ill will between Eric & George is evident in the fact that George joined his old mates Paul McCartney & Ringo to play at Clapton’s wedding reception. (Apparently, no ill will between Ringo and George either.) 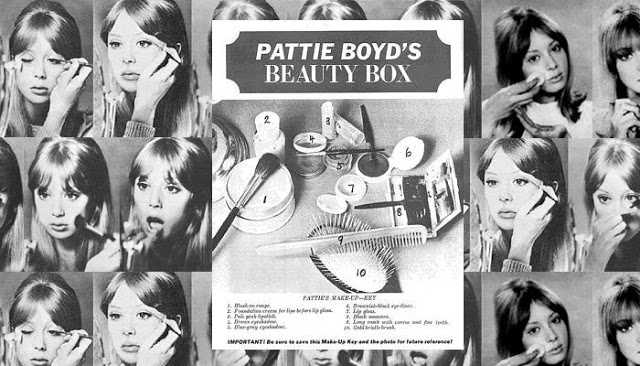 But there was no happily ever after here either. Pattie was unable to conceive and Eric ruled out adoption. This caused strain in the marriage. To make matters worse, Pattie found out that Clapton had actually fathered other children while he was married to Boyd. On top of that, Clapton’s alcoholism was out of control and he frequently beat her as well. The couple split in 1987 and were formally divorced in 1989.

Two years later, she met real estate developer Rod Weston. The two became a couple, but didn’t marry until 2015. After 24 years as a couple, Weston quipped, “It's almost our silver anniversary, so we thought we had better get on with it.”

She has also written her autobiography (with help from a professional writer), titled – what else? – Wonderful Tonight.