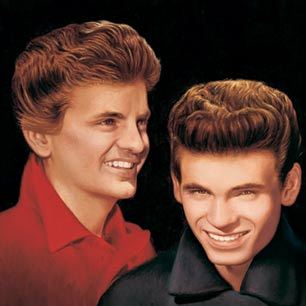 The Everly Brothers had been in show business their entire lives, starting as part of the Everly Family country music act. They moved into rock & roll while still in high school, recording some of the best remembered songs of that era: “Bye Bye Love,” “Bird Dog,” “All I Have to Do Is Dream,” “Wake Up Little Susie,” “Crying in the Rain,” “Cathy’s Clown,” and so many more.

But as the sixties wore on, the hits became less frequent. “Bowling Green” in 1967 would be their last chart hit for quite some time.

You would think that as rock moved towards country sounds as the sixties became the seventies the Everlys could have ridden that wave to a career rebirth. That was not the case. Not even serving as the summer replacement for Johnny Cash’s TV show helped sustain their career.

The strain of working together since childhood, fueled now by unhealthy doses of amphetamines and other controlled substances, finally led to one of the most famous break-ups in rock history.

In the middle of a performance at Knott’s Berry Farm in 1973, Phil Everly smashed his guitar and stormed off stage, leaving brother Don to finish the show by himself. The Everly Brothers were no more. 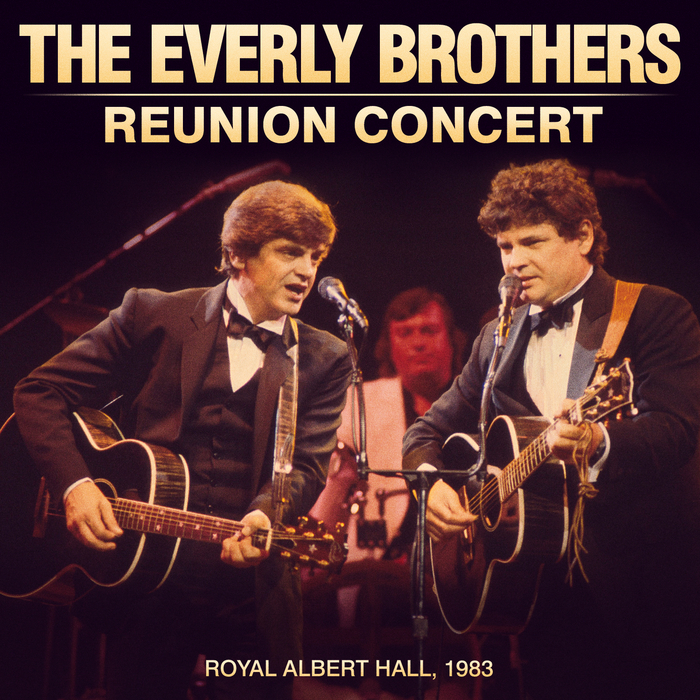 Or so it seemed for the next decade. But by 1983, tempers cooled and a reunion was underway. The official return of the Everly Brothers occurred on the stage of London’s Royal Albert Hall in September of 1983. Fortunately, that event has been captured on an outstanding video.

The success of the reunion show and subsequent tour led to their new album in a decade, EB ’84.

Recorded for Mercury Records, the album features outstanding contribution by three British pop stars. Paul McCartney contributed the song “On the Wings of a Nightingale,” which returned the Everly Brothers to the Billboard Hot 100 and hit the Top 10 on the publication’s Adult Contemporary chart. Jeff Lynne (ELO, Traveling Wilburys) wrote “The Story of Us” for the Everlys, while Dave Edmunds produced the entire album. 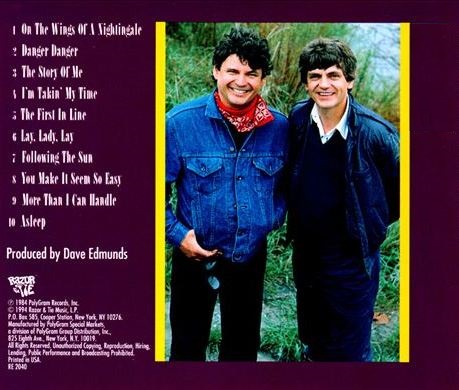 EB ’84 wasn’t just a great comeback album. It remains one of the best albums in the duo’s extensive catalog. There’s not a bad track on it. Unfortunately, it is currently out of print and so commands a higher-than-you-might-expect price on the second-hand market.

The Everly Brothers went on to record two more albums, Some Hearts and Born Yesterday, before the old tensions resurfaced and the boys split up again. Both of them are quite good, but a notch below EB ’84.

If you’re a fan of their earlier stuff (and who isn’t?), do yourself a favor and check out these later Everly Brothers albums.