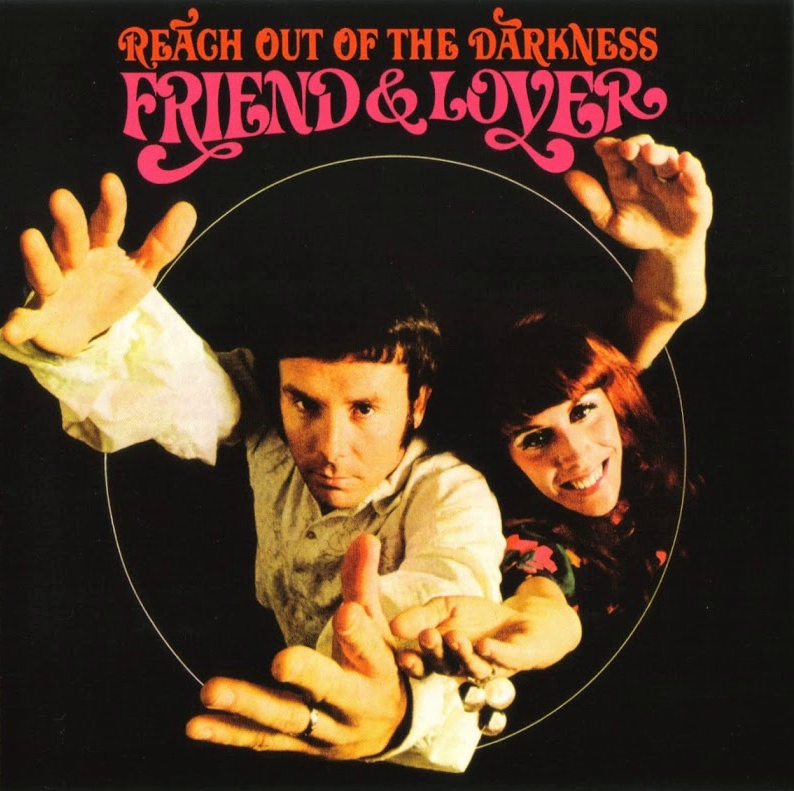 “Reach Out of the Darkness” went all the way to the Top 10 in the summer of 1968. The group that recorded it were a husband and wife team from Canada who accurately named themselves Friend & Lover.

Jim Post had always wanted to be a recording artist. At a state fair in Edmonton in the summer of 1964, he met a Chicago-born acrobatic performer named Cathy Conn. She may have been an acrobat, but Post was the one who flipped. He pursued and eventually won her heart. After they married, Cathy gave up the somersaults and learned how to sing. They had some success as a live act, touring with the Buckinghams and opening for Cream on their final U.S. tour. 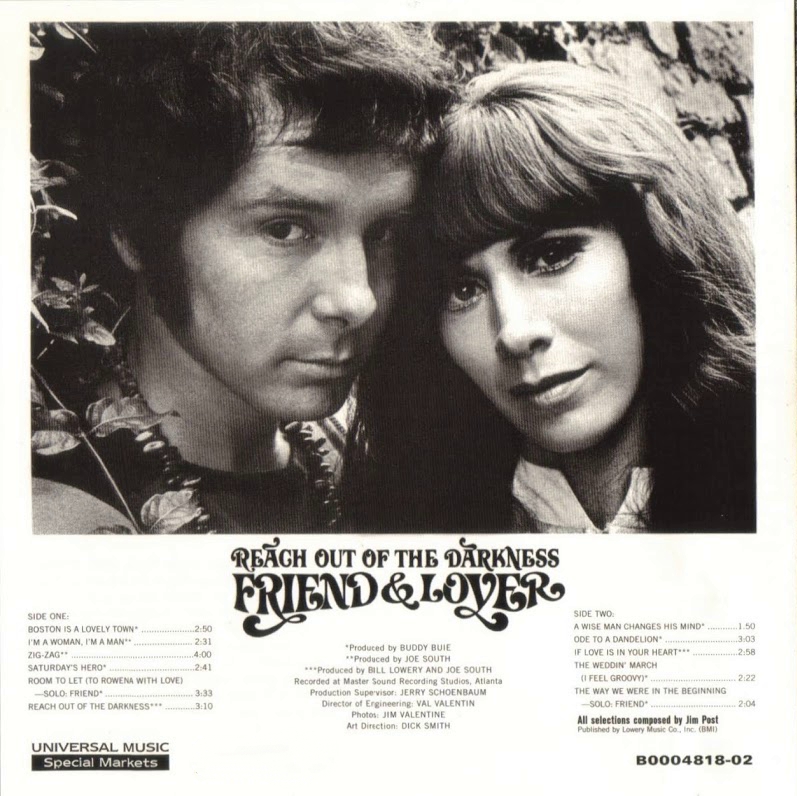 They got their big break when they auditioned for the head of MGM/Verve Records, Jerry Schoenbaum. He asked them to submit a tape because he didn’t want to be influenced by the way any act looked. They had no tape, so they told Schoenbaum to simply turn around. When he did, they played him a song they had written after attending a Love-In in New York City.

Schoenbaum liked we heard and in short order, the duo recorded the song, “Reach Out of the Darkness.”

Unfortunately, follow-up success proved elusive. They felt MGM did a poor job promoting them, but when Columbia Records offered the pair $200,000 to switch labels, MGM refused to let them go.

By the time they finally got away from MGM/Verve, their moment had passed. The couple divorced. Post stayed involved with the music business, but never matched the success of his first record.