The Story Behind the Song: You've Lost That Lovin' Feelin' 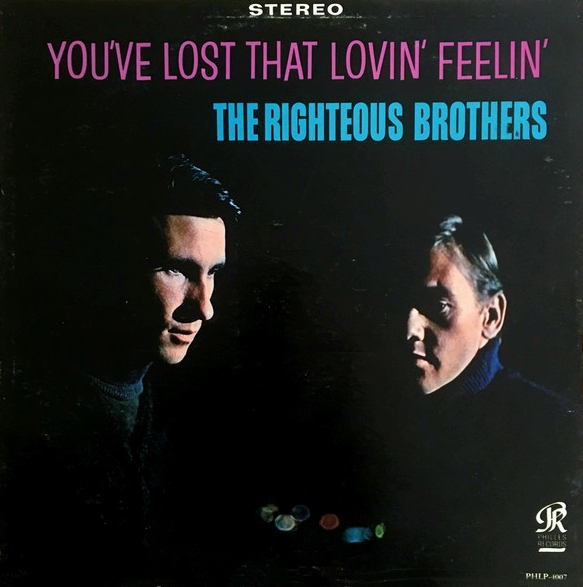 A stone-cold favorite of so many people, some have called it the greatest record ever. “You’ve Lost That Lovin’ Feelin’” was a record that needed a lot of things to break right to make it out of the studio and onto a record– and they did.

Phil Spector was already a legendary producer in 1964. But nearly all of his hits had featured young black female singers (most notably Veronica Bennett and Darlene Love) singing behind his famous “Wall of Sound.” Spector wanted to try a production that featured male singers.

The Righteous Brothers had been performing around Southern California for a couple of years – first as part of a quartet called the Paramours and then as a duo – named by an audience member who shouted, “That’s righteous, brother!” at one of their shows. 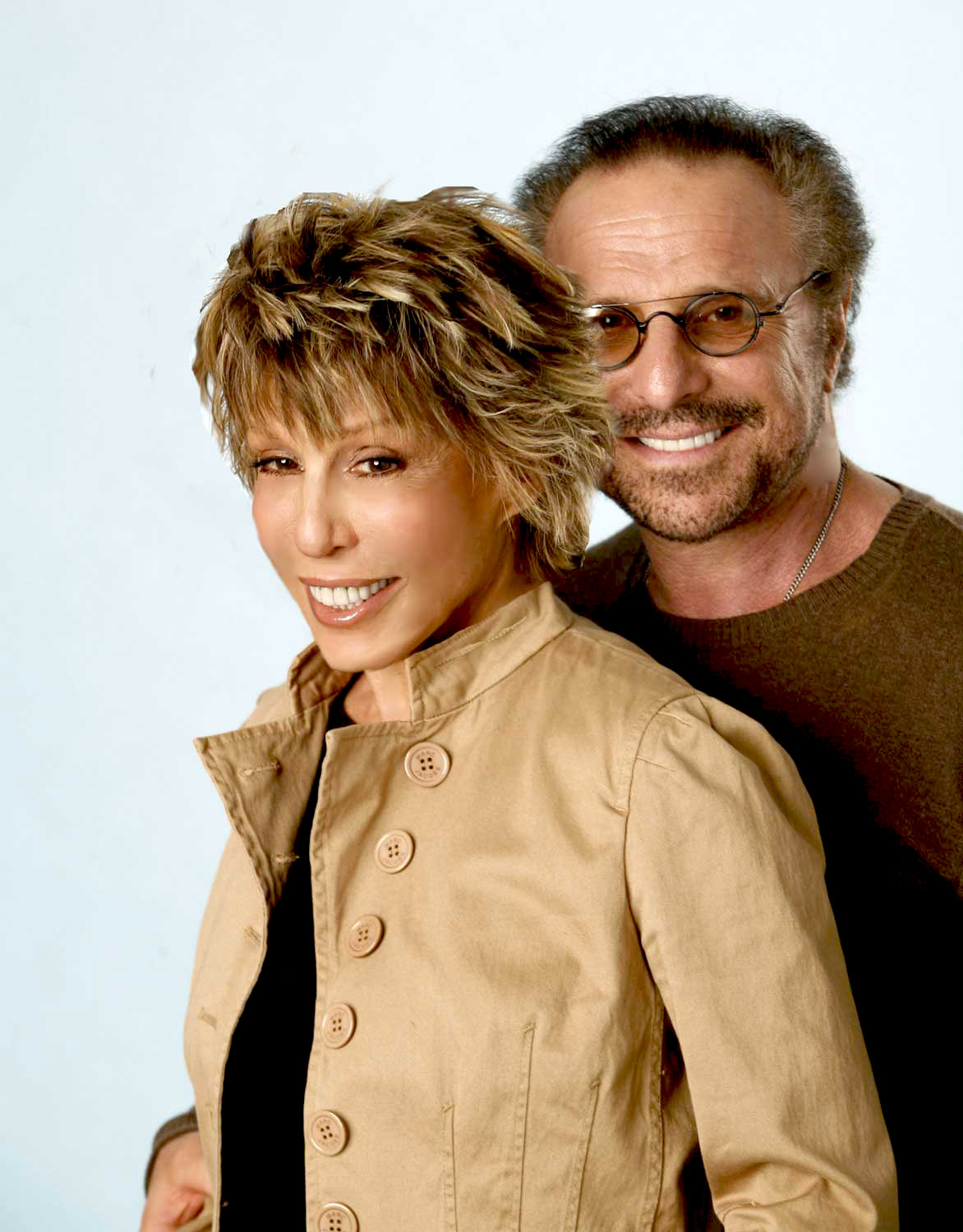 Spector had his singers, now he needed a song. He called two of his favorite composers, Barry Mann & Cynthia Weil. The husband & wife team had already written a number of hits for Spector and other production teams in the early 60’s.

Mann says he and Weil decided to create something that started slowly and built, like “Baby, I Need Your Loving.” Mann even came up with the opening line, “You never close your eyes when we kiss anymore,” He says he actually took a line for anther song he wrote (“I Love How You Love Me” – the Paris Sisters) and tweaked it. Then he and Weil poured all the memories of various unhappy love affairs into crafting what became initially two verses and the chorus. But they were stuck coming up with a bridge.

They played the song over the phone to Spector (Mann & Weil were based in New York, Spector was in Hollywood). Spector loved what he heard and flew the couple out to L.A. to collaborate on completing the song.

Spector started fooling around on the piano with a musical figure he took from “Hang On Sloopy.” Weil came up with the line, “Baby, I’d get down on my knees for you.” To finish the bridge, Spector just started singing a lot of whoas. Mann & Weil wanted to create lyrics where Spector put the “whoas,” but Spector said no. 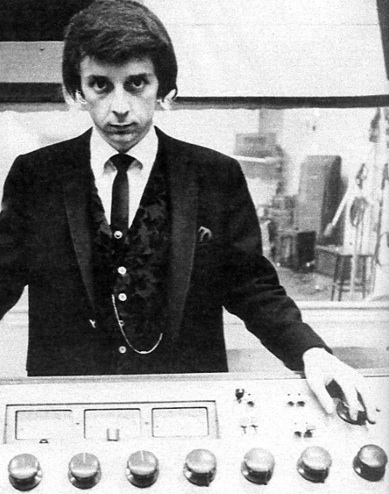 So, they brough in Bill Medley & Bobby Hatfield and played the song for them with Mann singing the lead and Spector adding the harmony. When they were done, Medley replied, “Sounds good… for the Everly Brothers” and was ready to turn the entire thing down. Spector convinced the duo to wait until they heard the instrumental track he’d put together.

A few weeks later, Spector had most of his instrumental track put together. The Righteous Brothers listened and thought they might be able to do something with the song. But there was one more problem, Spector didn’t want Hatfield singing on the verses, only the chorus and bridge. So, Hatfield had to be calmed down and talked into agreeing to the session.

For inspiration, Medley says he focused on how he felt when his girlfriend (who eventually became his wife) had dumped him for a period that lasted six months.

The guys worked on the song for 4 hours a day for several weeks before Spector was satisfied. But now he had another problem. The record, as produced, ran 3:45. This was in a time when most pop records clocked in at 2:30 with some not even making it to 2:00. Spector’s solution was ingenious if a bit devious. He simply lied about the running time. 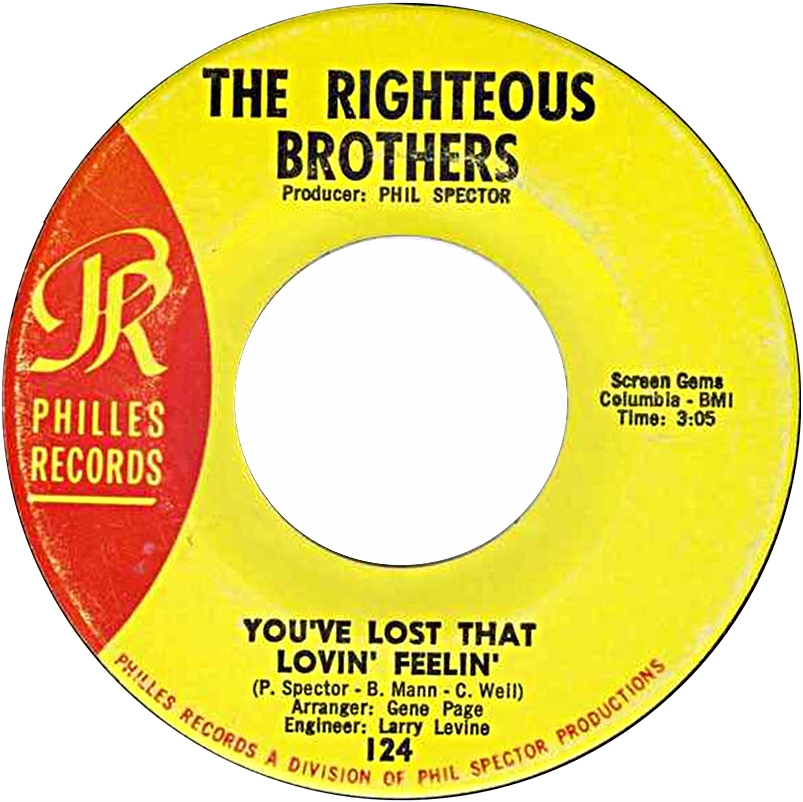 He had labels printed that claimed the song clocked in at 3:05. The trick worked. In no time, the song was racing up he charts, launching a string of hits for the Righteous Brothers and eventually becoming the song with the most radio airplays ever!