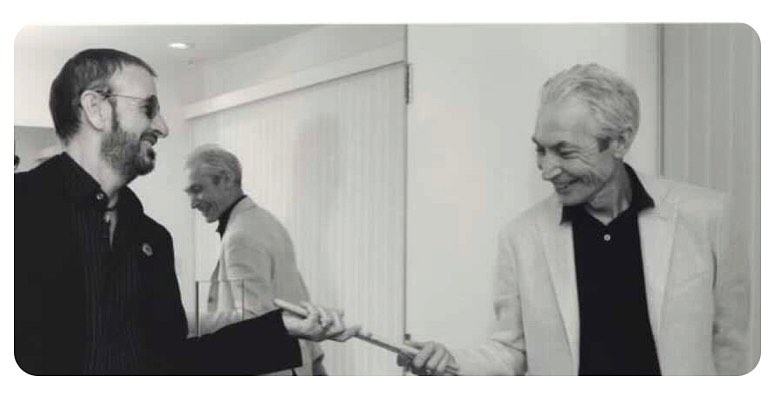 No sooner had we absorbed the news of the passing of Don Everly, then we were saddened again to learn of the death of the Rolling Stones’ drummer Charlie Watts. He passed away at the age of 80. Like Ringo, another great drummer he was often compared to, Watts was not a flashy show-off. Instead, he provided a solid bottom for one of rock’s most enduring superstar bands.

How important was he? Anyone who has seen the Stones in concert will tell you that lead guitarist Keith Richards spent most of his time on stage with his back to the audience so he could take his cues from Watts.

Although Watts preferred jazz to rock, he was the Stones’ drummer throughout their entire recording career. To know the high regard in which he was held, don’t listen to what rock critics and fans have to say, listen to the tributes he garnered from other musicians.

Famous jazz drummer Mel Lewis: “Charlie is a hell of a drummer. He’s solid as a rock.”

Max Weinberg of the E Street Band: “It’s hard to imagine a world without Charlie Watts. I’m just stunned. I can't express what Charlie Watts meant to me as an individual and certainly as an icon of music, and not just in rock.”

Tom Morello of Rage Against the Machine: “Rock n roll would not be rock n roll without the rhythm, the style, the VIBE of this incredible musician.”

Joan Jett: “Charlie Watts was the most elegant and dignified drummer in rock and roll. He played exactly what was needed – no more – no less.”

Paul Stanley of Kiss: “One of the true timeless icons and the backbone of the Stones.”