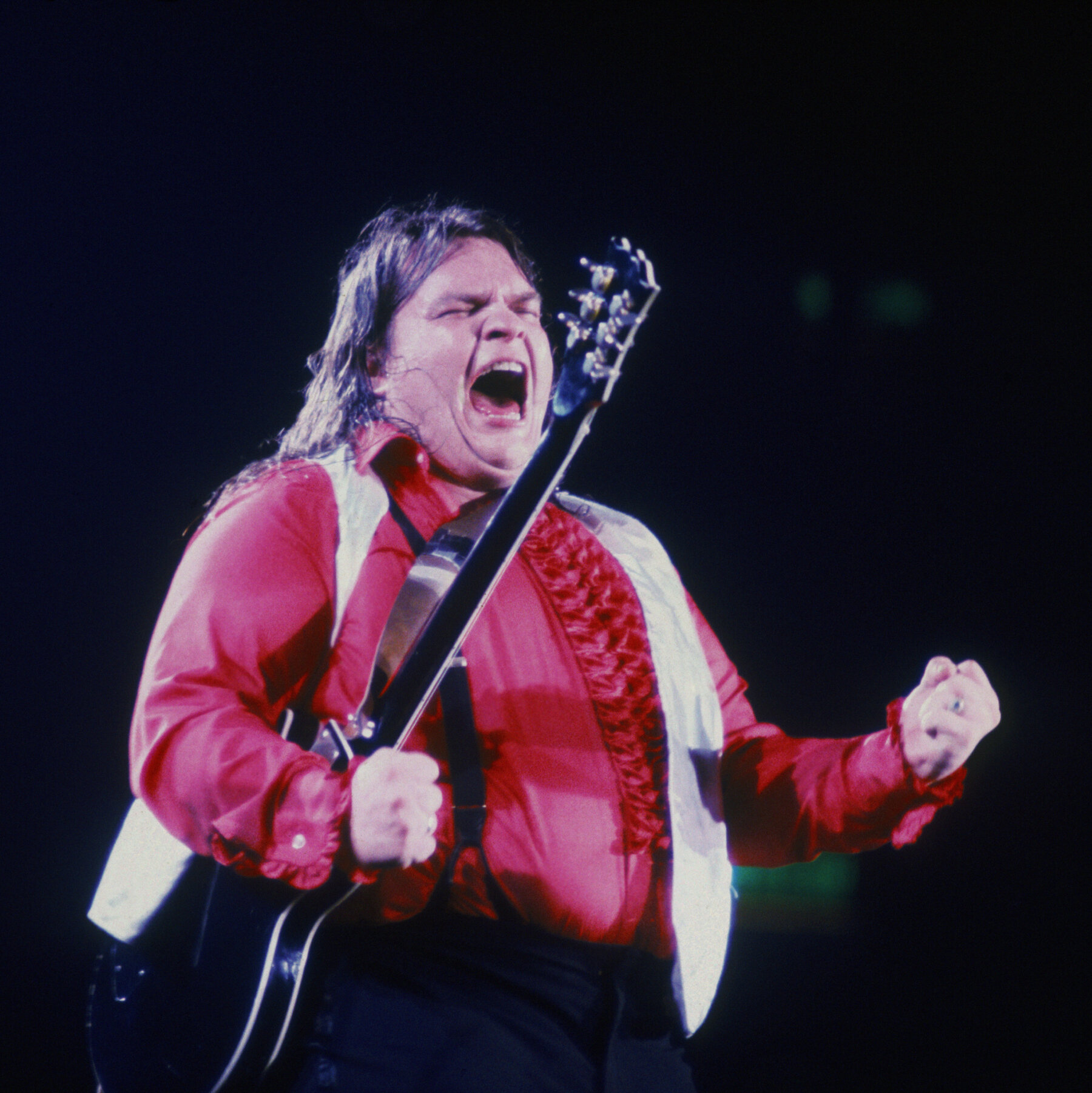 The year is not even a month old and we’ve already lost another rock icon – Meat Loaf passed away on January 20th. Cause of death has not been officially confirmed, but has been reported as COVID-related. He was 74 and unvaccinated.

Born Marvin Lee Aday, the singer acquired his stage name while still a football player at Thomas Jefferson High School in Texas. His friends called him “M. L.” (his legit initials), but the football coach, ever the sensitive souls, said the “M. L.” should stand for “Meat Loaf” and the name stuck.

After some time at the University of North Texas ad following the death of his mother, Meat Loaf took off for Los Angeles. Fronting various bands, Meat Loaf found a degree of local success that led to a contract with Motown records, who teamed him with another singer, Shaun “Stoney” Murphy.

The failure of their one and only Motown album drove Meat Loaf to turn his attention to theater, where he found his first taste of real success. Loaf appeared in productions of Hair, Rainbow, National Lampoon’s Lemmings (as John Belushi’s understudy) and, of course, The Rocky Horror Show.

When Rocky Horror became a movie, Meat Loaf made his screen debut as the psychotic biker Eddie. It didn’t really help his career because the film initially bombed at the box office. By the time it became a sensation on the midnight movie circuit, Meat Loaf had already found recording success.

However, it was through these acting gigs that Loaf met the ying to his rock & roll yang – a young composer who wanted to write rock & roll musicals, Jim Steinman. In Meat Loaf, Steinman found the perfect voice for his over-heated, bombastic style of songwriting. 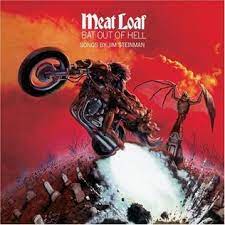 The pair began working on what became Bat Out of Hell in 1972. It took them almost two years to whip the project into shape. They shopped it to every major label and found no takers. Then, another rock icon, Todd Rundgren entered the picture. He agreed to produce the album, even before they had a record deal. When the album was completed, they finally managed to sell it to a small independent label, Cleveland International Records, who got it into record stores in 1977.

After a slow start, Bat Out of Hell caught on – spectacularly!  It has become one of the biggest selling albums of all time, still moving over 200,000 copies every year, 45 years after its initial release.

With everyone eager for a follow-up, disaster struck. Constant touring, drugs and the fact that Meat Loaf had never been trained how to use his voice professionally resulted in Loaf losing his singing voice for what turned out to be almost a year. Steinman grew frustrated and under pressure from the record label, recorded the songs intended for Meat Loaf by himself. Unfortunately, Steinman was a gifted composer, but not that great a singer and that album, Bad for Good, sold poorly.

In the meantime, Meat Loaf returned to acting, playing the title role in the movie Roadie. The film proved a success and even better, Loaf’s singing voice recovered. He and Steinman finally recorded a follow-up to Bat Out of Hell – Dead Ringer. But the long wait and the impossible task of following up such a classic release resulted in disappointing sales for the LP in the U.S. (although it was a monster hit in the UK).

What happened next is really anybody’s guess. Both Steinman & Meat Loaf have told various versions and rumors abound, but the bottom line is that two stopped working together and lawsuits flew on both sides (although Meat Loaf was always adamant that there were never any bad feelings between the two individuals, just their management teams). Whatever the reasons, Meat Loaf had trouble selling albums without Steinman’s songs. It didn’t make things any better when Steinman offered two songs to Meat Loaf, but his record label rejected them. Those songs turned out to be “Total Eclipse of the Heart” and “Making Love Out of Nothing at All,” both of which became major hits for Bonnie Tyler and Air Supply respectively (reaching #1 & 2 on the Hot 100).

Luckily, time heals most wounds, and eventually Loaf and Steinman collaborated again on two sequels to their best-known work – Bat Out of Hell II and Bat Out of Hell III, with Meat Loaf copping a Grammy for his work on II. Sadly, Steinman’s health had begun to decline and he unable to complete work on BOoH III. Other writers had to be called in to complete the project. 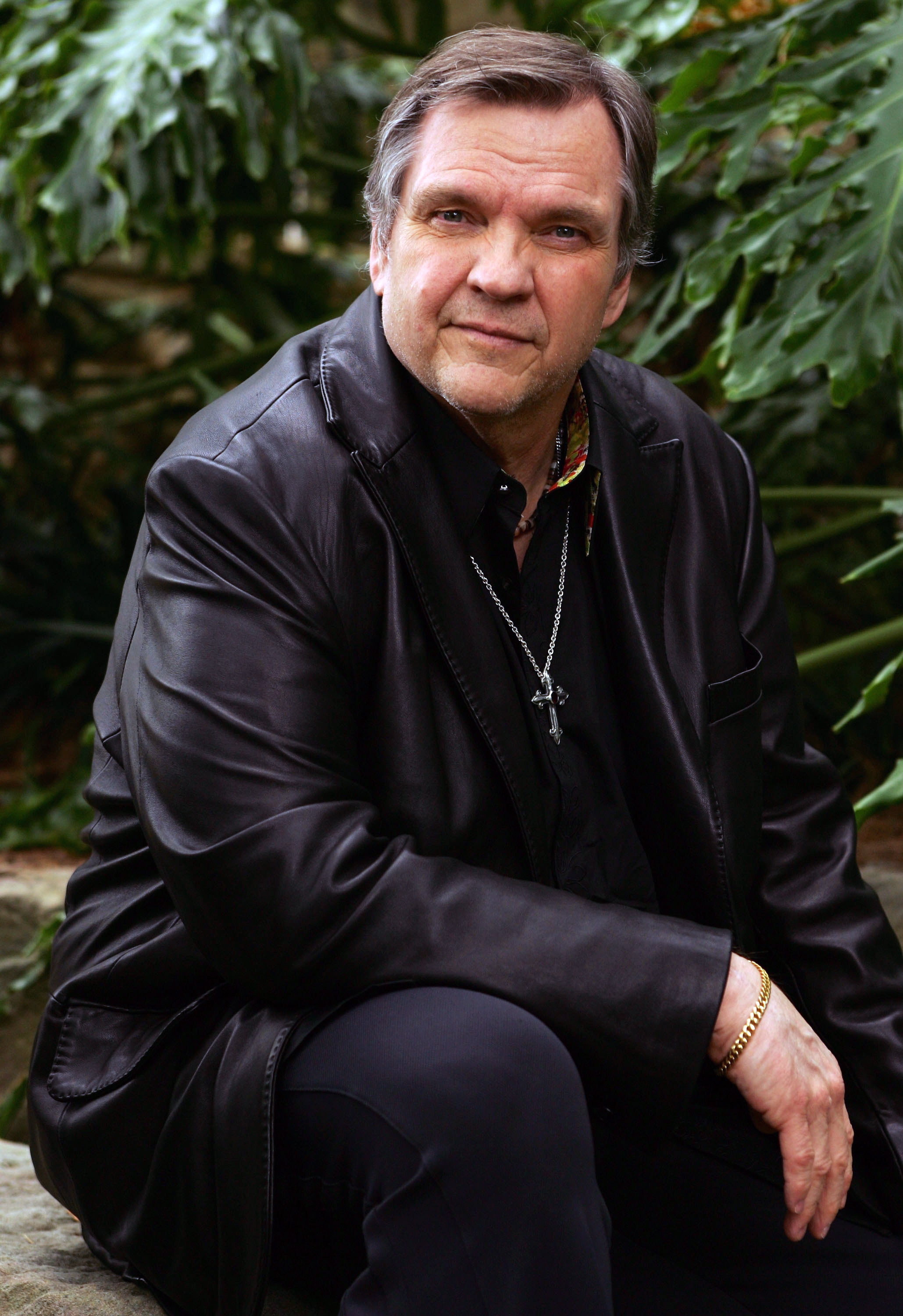 Steinman’s health continued to wprsen until he finally passed away on April 19th of 2021. Who knew then, that the other half of one of rock’s greatest collaborations would follow him just 9 months later?