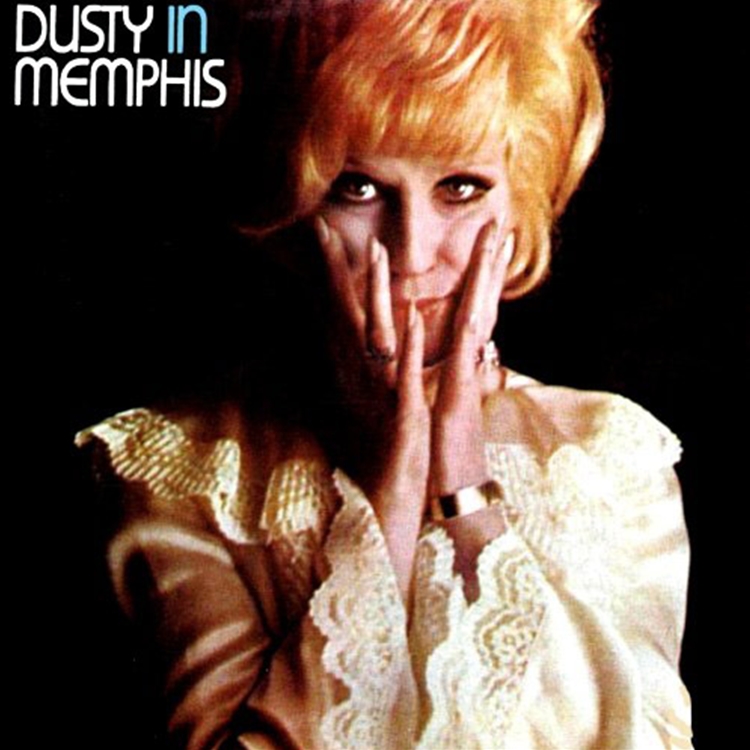 Listening to it today, it’s hard to believe Dusty in Memphis, Dusty Springfield’s fifth album, was a commercial failure. It contains “Son of a Preacher Man,” arguably her most remembered hit in the States. Yet, for whatever reason, this album came out, was lavishly praised by the music critics of the day, charted only at #99 on Billboard’s Hot 100 LP chart and sank like a stone.

There is not a bad cut among the album’s original 11 tracks, including definitive versions of “Breakfast in Bed,” “Just a Little Lovin’,” “So Much Love,” and “The Windmills of Your Mind.” 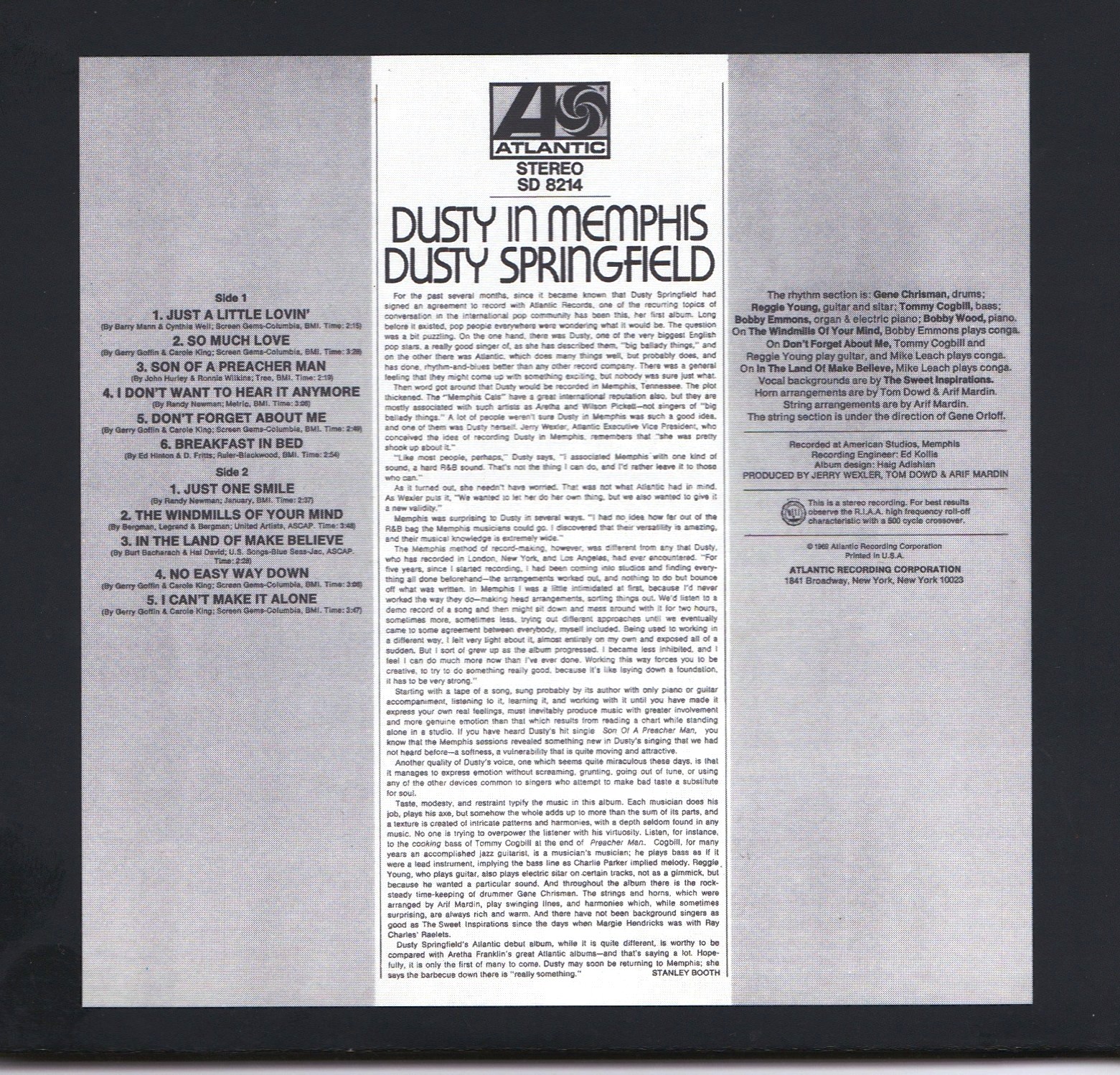 “I Don’t Want to Hear It” may be one rock’s great undiscovered classics as Dusty sings about overhearing the rather casual conversations in her building about her lover’s infidelities.

Dusty began her career as a member of a British folk-rock trio. Born Mary O’Brien, she and her brother Tom both changed their last names to Springfield. They added Tim Field (who was later replaced by Mike Hurst) and became The Springfields. In 1962, their fourth single, “Silver Threads and Golden Needles” actually broke into the Top 20 in America, making them the first British group to do so (three months ahead of the Tornados’ “Telstar” and 15 months ahead of The Beatles). 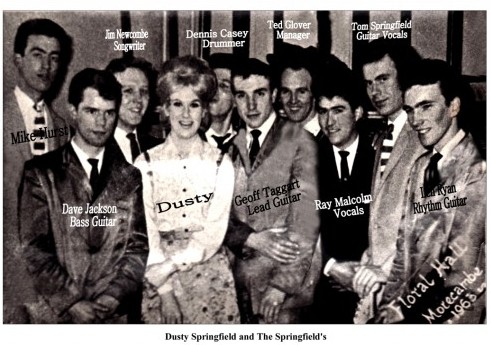 By the end of 1963, the group had disbanded. Tom went to work, quite successfully, with another folk-flavored act, The Seekers, while Dusty embarked on her solo career.

Despite early success with “Wishin’ and Hopin’” and “You Don’t Have to Say You Love Me,” Dusty’s career had stalled out by 1969. So she signed with America’s Atlantic Records. They sent her to Memphis to work to create an album that stands as one of the great r&b recordings by any female singer.

Dusty, never the most secure performer, was so anxious about recording in the same studio as so many soul legends she had to move to studios in New York to complete her vocals.

She needn’t have worried. The result is sheer magic. And while Dusty in Memphis was an initial flop, it does have a happy ending. 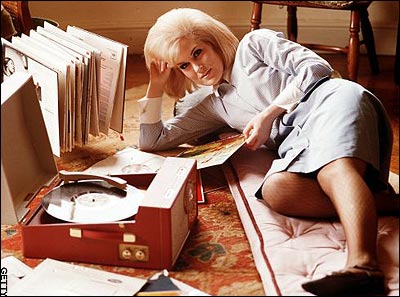 While we play many of the cuts from Dusty in Memphis here on Boomtown America, do yourself a favor and treat yourself to the album VH1 heralded as:

“Not only is this Dusty's finest work, it is unanimously acknowledged as one of the great soul albums...a faultless record on which we have, thankfully, now recognized she was far too ahead of her time for her own good.”

Dusty in Memphis is available both as a hard disc and in digital download formats, including a Deluxe Edition that contain 14 more tracks from the Memphis sessions and other recordings she made during her stay with Atlantic Records.