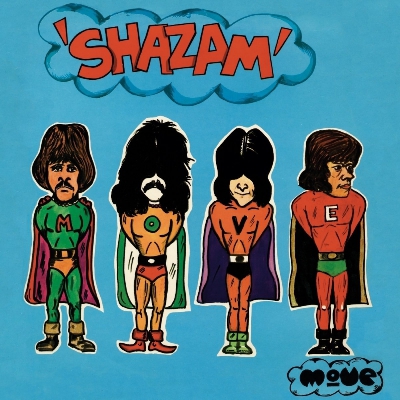 The Move was the right band in the right place at the wrong time. Successful from the start in their native England, they released a string of songs that went Top 10 in the UK, but went nowhere in the U.S. Their first, self-titled album wasn’t even released in the States. It was their second album, “Shazam,” released in February of 1970 that introduced the group to American audiences.

It remains one of rock’s great underappreciated masterpieces – a tremendous example of the kind of power pop the Beatles pioneered and later championed by bands like Cheap Trick.

Perhaps it was the crudely drawn cover that kept the album from getting much attention at the time. Maybe it was their American label’s (A&M) lack of promotional push. Whatever the reason, the album never made the charts and was known only to a small cult of rock afficianados. 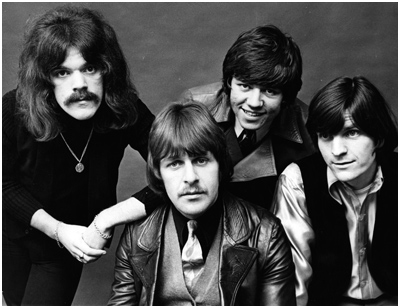 The Move had already gone through a number of personnel shifts. Original members Roy Wood (guitar/vocals), Carl Wayne (guitar/vocals) and Bev Bevan (drums) formed the band’s nucleus. Wayne preferred a lighter pop sound perfectly suited to playing cabaret-style venues while Wood and Bevan kept pushing for songs that were more adventurous, with a harder edge. As Wood was the only real songwriter in the group, his preferences would come to dominate.

“Shazam” represented a compromise. Side one features 3 Roy Wood compositions while side two contains the kind of cover songs Wayne preferred.

Tracks 1 and 3 rock pretty hard while “Beautiful Daughter” is a ballad that showcases Wayne’s vocals. “Cherry Blossom Clinic Revisited” is actually a re-working of a song from the band’s debut album, made longer and loonier with several extended snatches of famous classical tunes like “The Sorcerer’s Apprentice” and “Jesu, Joy of Man’s Desiring” interwoven into the song (a precursor to the band’s ultimate direction, as you will see).

Track 4 is a polished piece of psychedelic rock (remember that?) complete with sitar and flower power lyrics. “Don’t Make My Baby Blue” is a Barry Mann-Cynthia Weil pop song from the Brill Building era of the early 60’s. “The Last Thing on My Mind” is actually a Tom Paxton folk song given the “heavy” treatment. 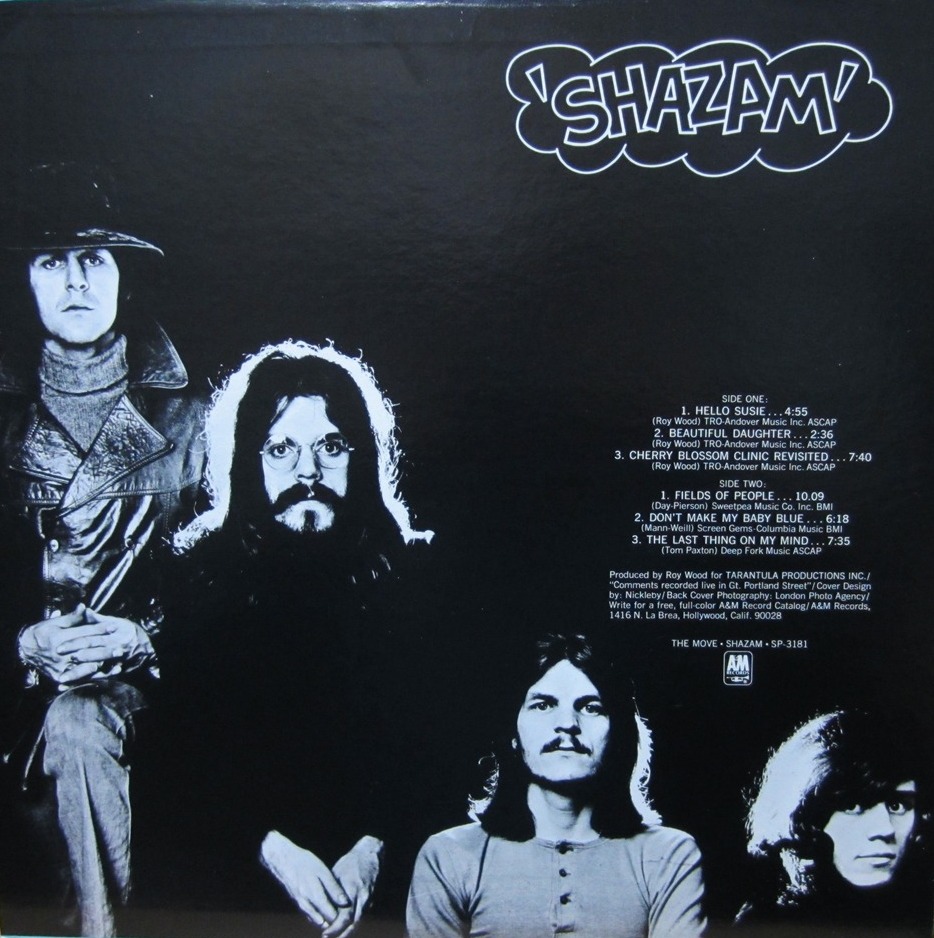 After “Shazam” was in the can, but before it was released, Wayne took off. Wood invited another prominent member of the Birmingham music scene, who also was songwriter, to replace him. Jeff Lynne came on board. The band released two more albums (“Looking On” and “Message from the Country”) as well as a brilliant double sided single “Do Ya”/“California Man.”

Still, American audiences were indifferent. So the three remaining members decided to go in a completely different direction. They renamed themselves The Electric Light Orchestra. By the third album, Wood departed leaving the band under Lynne’s direction. And that’s when success in the States finally arrived! In fact, ELO’s version of “Do Ya” is the one that most people know today (although it is virtually identical to the earlier Move version).

Roy Wood went on to a reasonably successful solo career in England. Lynne joined the Traveling Wilburys and has now resurrected the ELO name as "Jeff Lynne's ELO," while Bevan tours with “The Move featuring Bev Bevan and Trevor Burton.”