The late 60’s and early 70’s were not good times for Marvin Gaye: tax trouble with the IRS, a failing marriage to the “boss’ daughter” (Anna Gordy), a growing dependency on cocaine, and finally, the untimely death of his performing partner Tammi Terrell, who had collapsed on stage while performing with Gaye. That last event so shook Marvin that he stopped touring or recording for 8 months.

Out of his pain, confusion, and isolation came one of the greatest albums of all time, What’s Going On, recorded from June of 1970 through May 1971. 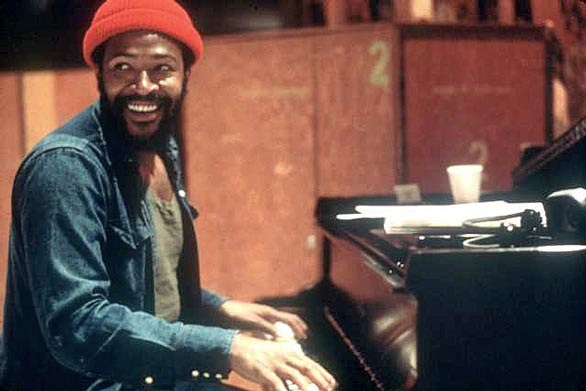 A true concept album, most of the songs on What’s Going On flow effortlessly, one into another, all of them pulsating with an almost trancelike rhythm. None of the songs deal with romance. Instead, the album’s concerns are spiritual ranging from concerns about the environment to songs about Gaye’s deeply felt Christian faith.

The album begins with happy party chatter. The first words we can make out are “Hey, what’s happening, brother?” Then the music starts and Gaye’s lyrics immediately undercut the party atmosphere (“Mother, mother, there’s too many of you crying”). That sets the tone for the songs to follow. Gaye leads us through nine deeply personal songs only to close the album back where he started with a brief reprise of “What’s Going On.” 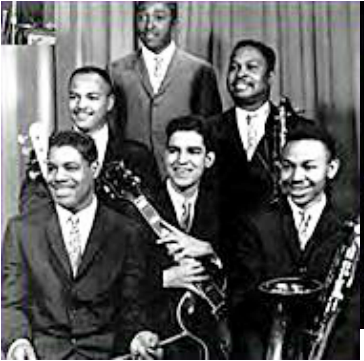 The album was the first to credit the legendary Motown studio band, the Funk Brothers. It was also the first time Gaye was credited as the album’s producer.

The album yielded three huge hits on the singles charts: the title track, “Mercy, Mercy Me (The Ecology)” and “Inner City Blues (Make Me Wanna Hollar)” – all of which landed in the top 10.

The multi-tracked lead vocals used throughout the album came about by accident. Gaye had cut two versions of the lead vocal for “What’s Going On.” He couldn’t decide which to use. Session engineers Steve Smith and Kenneth Sands were instructed to provide mixdowns so Gaye could choose. They misunderstood and mixed both vocals into one track. Gaye loved the result and used double-tracking on his lead vocals for much of the rest of the album. 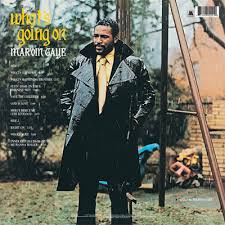 Motown head (and Gaye’s father-in-law), Barry Gordy hated the title track, calling it “the worst thing I ever heard in my life.” The Motown sales staff, however, believed in Gaye’s new direction and released it without Gordy’s knowledge. It became Motown’s fastest-selling single to that date, racing up both the soul and pop charts. The album quickly joined the title track in the top 10.

The years have only increased What’s Going On’s luster. The album placed #6 on Rolling Stone Magazine’s “500 Greatest Albums of All-Time” and has made virtually every music critic’s “Best Albums” list through the years.