See You on the Flip Side 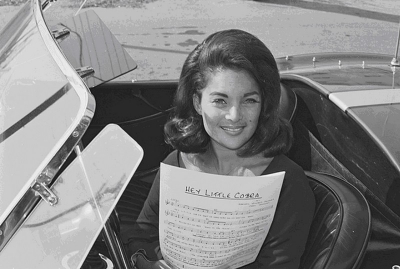 Annette Kleinbard was the female vocalist in The Teddy Bears, who, along with Phil Spector and Marshall Leib, had a 1958 hit called "To Know Him Is To Love Him". She later changed her name to Carol Connors and went on to co-write The Ripchords' 1964 hit "Hey Little Cobra", "Gonna Fly Now" (The Theme From Rocky), as well as the 1980 Billy Preston / Syreeta Wright duet "With You I'm Born Again".