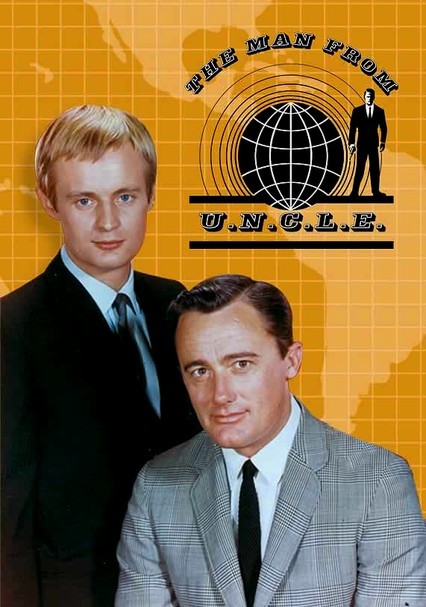 Was it the Beatles making all things British cool? Was it the Cold War & our desire to see our side win some clear-cut victories? Or were we just bored and totally over cowboys, who had been dominating movies and TV since their birth?

Whatever the reason, shortly after the Beatles touched off the British invasion in music, we welcomed a second invasion, this one led by spies. With the release of Goldfinger, actually the 3rd James Bond film, but the first to escape the drive-in and play to huge crowds in downtown theaters, America suddenly couldn’t get enough of secret agents.

While 007 is still killing people left & right with his famous license, most of the spies rushed into action following Goldfinger have long been decommissioned. We’ll attempt to look back at some of the best that followed in the wake of Bond.

One of the first and most successful was actually created by James Bond’s literary father – Ian Fleming. MGM came to Fleming to see if he’d be interested in creating a spy show for American television. Never one to turn down a cash offer, Fleming took the money & gave the studio two characters – Napoleon Solo and April Dancer. The rest of the show’s premise, its ultimate name and the rest of the characters were fleshed out by co-creator, Norman Felton.

Very quickly, Felton decided that Solo would not be operating solo. He paired him with a Russian secret agent, Illya Kuryakin, who for reasons never explained, spoke with a British accent with nary a trace of Russian. (April Dancer would have to wait a while before taking her turn on stage.) Felton also added a British chief to the agency in Alexander Waverly.

Believe it or not, The Man From UNCLE was slow to catch on when it debuted on Tuesday nights at 8:30 (7:30 Central). But the show seemed to have some appeal with kids. So, NBC widely chose to move the show at mid-season to Mondays at 7:30 (6:30 Central) and there, it took off.

Robert Vaughn as the too-cool-for-school Napoleon Solo, had appeal for older viewers while David McCallum, with his aforementioned British accent and Beatle haircut, instantly became the favorite of teenage girls who had been swooning for British rock stars since the start of that year.

Who exactly funded the United Network Command for Law & Enforcement was never spelled out, nor why a supposedly international organization should have such an American name (as in “Uncle Sam”). 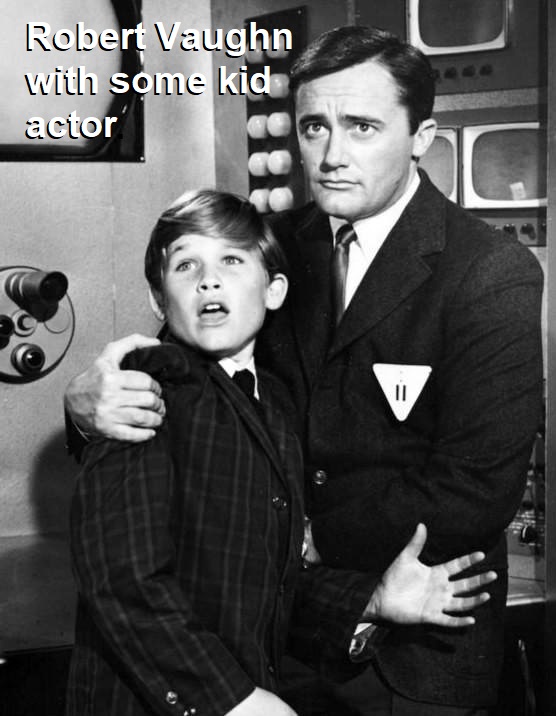 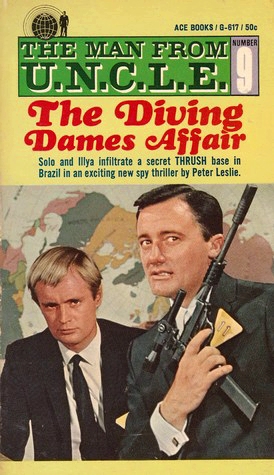 What many don’t know is that the title of the show was supposed to be Solo. However, Bond film producers Harry Saltzman & Cubby Broccoli threatened a lawsuit because Ian Fleming had also created a character named Solo for Goldfinger. Fleming himself got involved as both sides flung lawyers at each other. In the end, MGM was allowed to retain the character, but the show’s name had to change – and The Man From UNCLE was born.

It was a great success, lasting 4 seasons and producing 105 episodes. It also spawned a brief spin-off, The Girl From UNCLE, where they finally got to use the April Dancer name. A young Stephanie Powers played Dancer with Rex Harrison’s son Noel taking the role of her obligatory British sidekick. Alas, it was one UNCLE too many. The show lasted only a single season.

Many of the UNCLE episodes were edited together to make movies the studio released to great success overseas (in the days before American TV series were imported wholesale to other countries), earning MGM even more money.

In its day, The Man From UNCLE spawned lots of merchandise and several original novels. Today, memorabilia from the show are on display at both the Ronald Reagan Library and at the CIA.

Now that we’ve opened “Channel D,” we’ll be back with more Spies Like Us soon.