When Goldfinger stuck some real gold at the box office in 1965, suddenly espionage became the #1 genre for movies and TV shows. That craze burned brightly for 3 years and has never been completely extinguished. (James Bond continues to exercise his license to kill and new additions, like Jason Bourne, crop up from time to time.)

But back when spies were all the rage, the most successful spy at the movie theaters after 007 was actually Dean Martin as Matt Helm! Like Bond, Helm began as a series of novels. The character was created by author Donald Hamilton as a ruthless, no-nonsense counter agent who was hard-boiled and brutal and continued his career through 27 novels right up to 1993.

But Matt Helm in the movies was an entirely different story. The movies simply took the character name and the titles from some of the novels, but then went in a wildly different direction (something that wouldn’t happen with the Bond series until after Thunderball). Instead of being ruthless and hard-boiled, Helm’s character was simply reworked into the same character Dean Martin played his whole life – that of an easy-going, wisecracking, alcohol-loving skirt chaser. 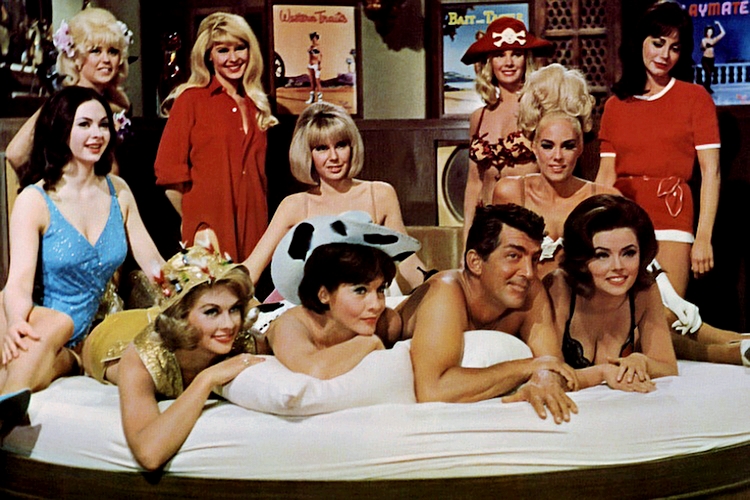 The plots are extremely silly, often making no sense at all. They find ways to get Dean Martin songs onto the soundtrack even though Matt Helm never sings at all in any of the films, and there is the occasional Frank Sinatra joke that pops up. Although it may seem to be difficult, these films succeed in being even more sexist than the Bond films.

Surprisingly, the Matt Helm series lasted longer than any of the other Bond-wannabes racking up 4 features between 1966 and 1969: The Silencers, Murderer’s Row, The Ambushers and The Wrecking Crew. Viewed today, it’s hard to understand why this series went through 3 sequels when Our Man Flint or Michael Caine’s Harry Palmer were each only good for a pair of pictures. The only explanation can be:
1.) The enduring popularity of Dean Martin

2.) The multitude of curvaceous women who wiggled their way through these films, including Stella Stevens, Ann-Margaret, Elke Sommer, Sharon Tate and Tina Louise.

Although a 5th movie (The Ravagers) was announced at the end of The Wrecking Crew, disappointing box office for that 4th film meant there would be no more Helm films. 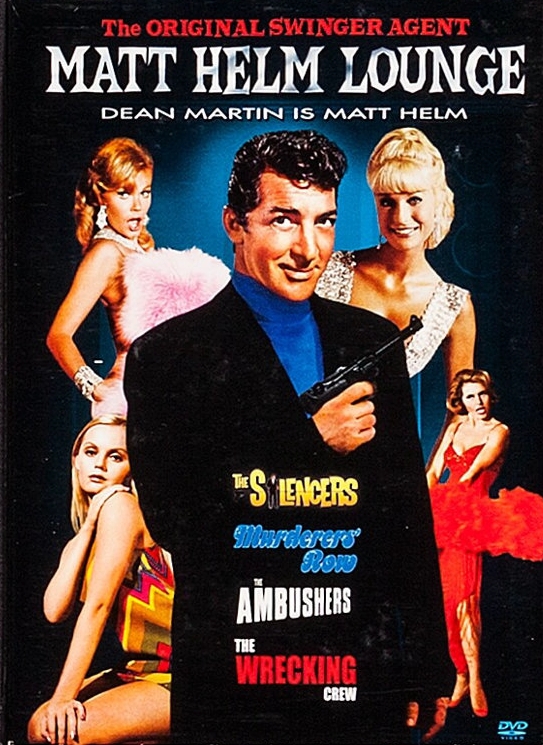 Today, these movies present a pretty good time capsule of what popular entertainment was like in the “adult” world of the 1960s before the Boomers took over Hollywood and the style of movie-making shifted radically. A DVD set of all 4 films was released back in 2005 but is currently out of print in the US (although it remains in print in the UK) and commanding pretty steep prices on the second-hand market.

Maybe it would be better to buy yourself a good bottle of Scotch and listen to an old Dean Martin CD.