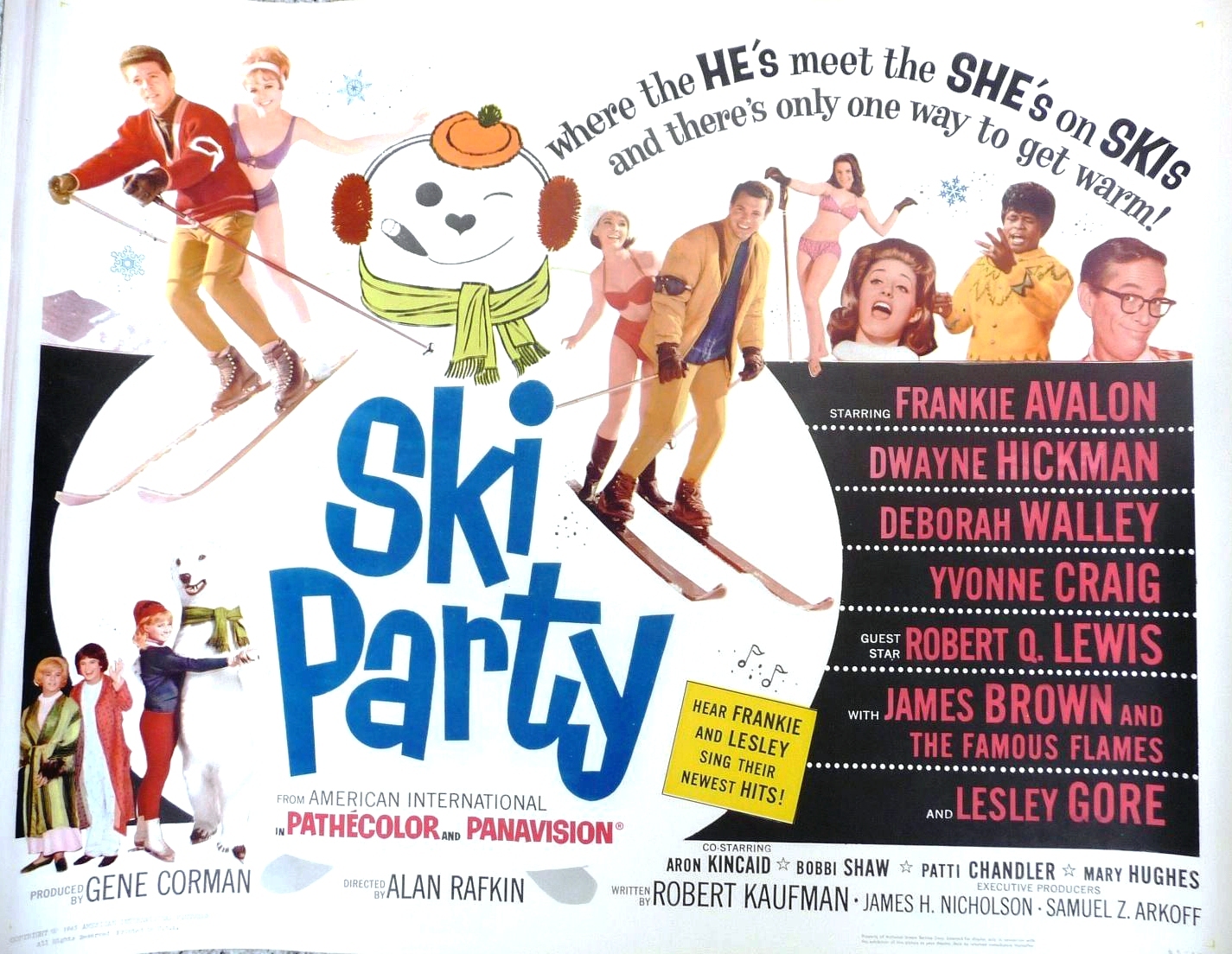 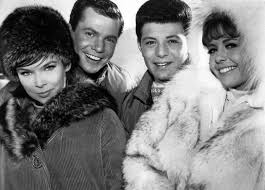 So Deborah is teamed with Frankie Avalon who is not called Frankie in this movie. He’s called Todd. Why? We don’t know. The other couple of interest is Dobie Gillis and Batgirl. Yes, it’s Dwayne Hickman in what must have been his only appearance as somebody other than Dobie and Yvonne Craig before she moved to Gotham.

In what passes for a plot in these films, the “Beach Party Gang” decides to make a ski trip for reasons we can’t remember and Frankie and Dwayne decide to spend a good portion of the trip in drag for reasons that are never quite clear. The fact that both of them suddenly have a decent wardrobe of girl’s clothes along and are experts at make-up leads us to think maybe the idea wasn’t so spur-of-the-moment after all. 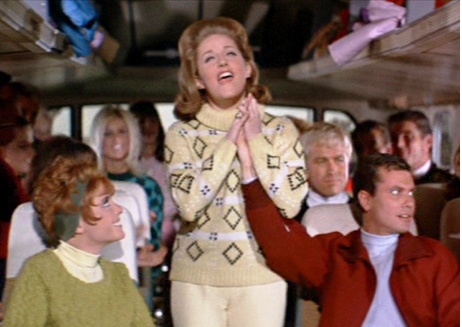 Anyway, on the way up to the chalet the kids are entertained by Lesley Gore, who really needs to fire her agent if the only venue he could book for her was playing a Trailways bus. 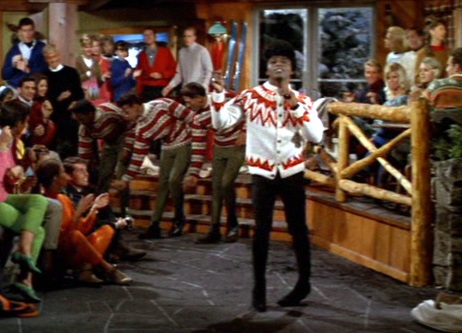 At the chalet, James Brown and His Famous Flames show up to lip sync “I Feel Good” (NOTE: they do not sing along to the hit single, but to a new recording that’s slightly different).

Even more mystifying, when the kids arrive at the ski lodge, the very first thing they do is… put on their bathing suits and dance by the swimming pool! As there is clearly snow all around them, why are they wearing next to nothing? And wouldn’t they know that the swimming pool would be frozen? We strongly suspect it was to get in the required American International quota of totally gratuitous shots of young girls shaking their fannies into the camera.

There are some musical numbers by the regular cast, but let’s be honest. These are put into the film so the audience members can get in some serious time playing tonsil hockey with their dates. 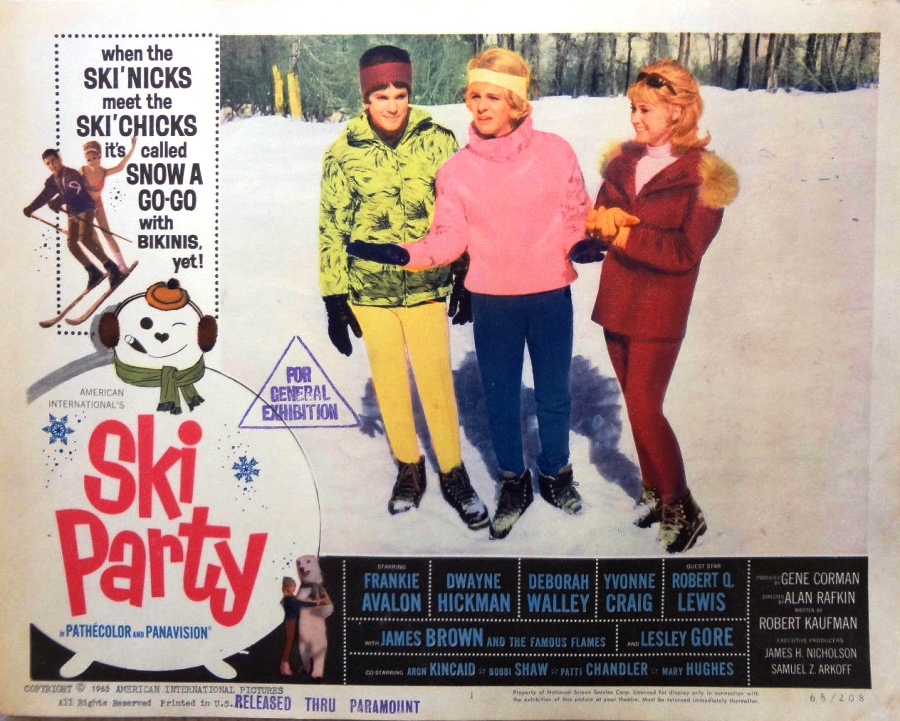 Robert Q. Lewis is the obligatory adult who’s a blithering idiot. Both he and Hickman seem to have some serious gender issues. But that could turn into a whole other picture.

We have a friend who thinks Lewis was seriously cheated out of an Oscar nomination for his work in this film. But then again, we don’t let that friend play with sharp objects.

There are lots of fights and girls who refuse to come across until their boyfriends start flirting with other girls (or in Hickman’s case, another guy). And somehow, we’re not really sure how, they all wind up back on the beach in Southern California at the fade-out listening to the Hondells sing about a surfer who eats a lot of Mexican food before riding the waves, named “The Gasser.”

At the end of the credits, they promise that the next film will be Cruisin’ Party (which might be perfect for Hickman’s character paired with, say, Al Pacino), but that party never made it to the big screen.

Ski Party or Some Like It Cold is available on home video and frequently shows up on cable. Really, as these pictures go, it’s above average and is way better than spending an evening getting stuck in the eye with knitting needles. 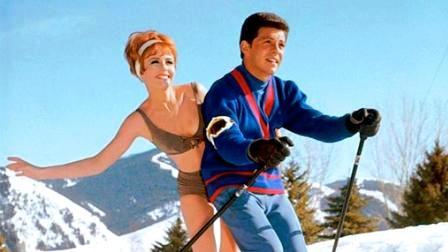 No. This scene appears nowhere in the movie.