The TV That Time Forgot: Maverick 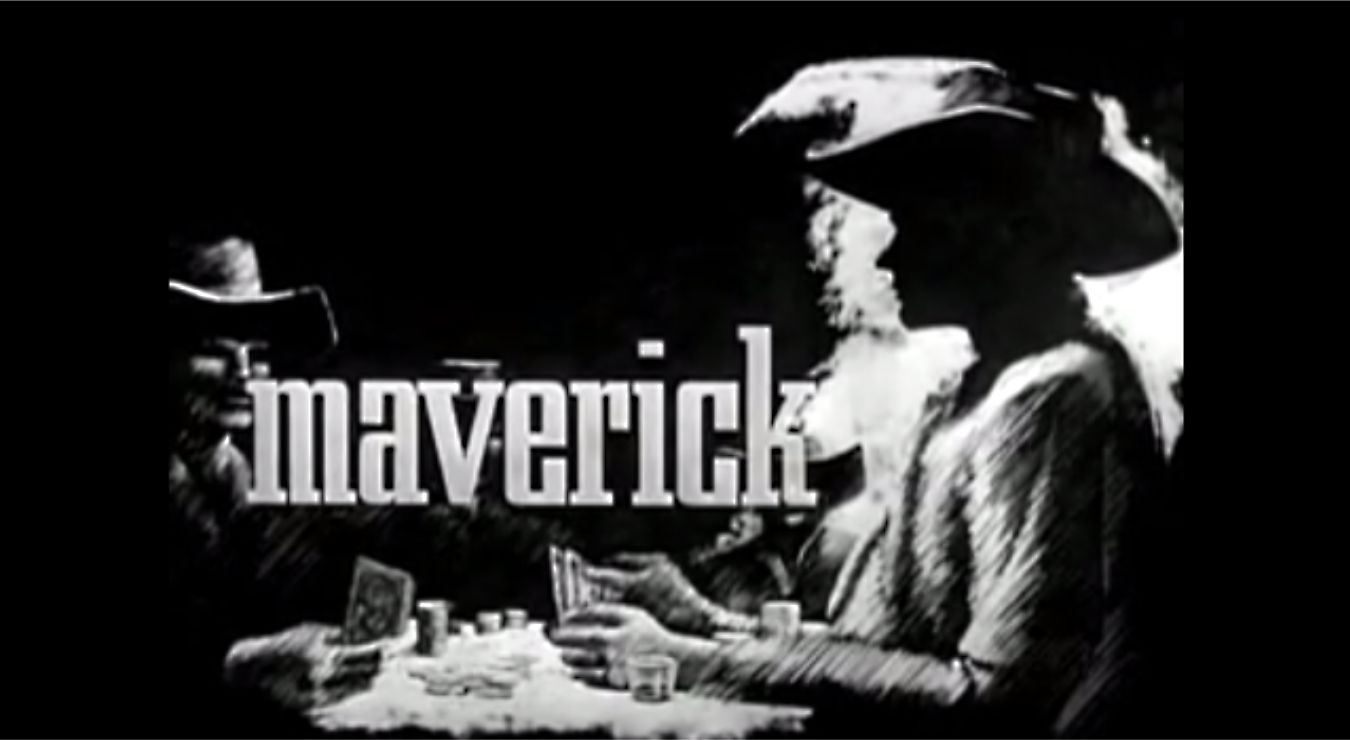 When you mention the TV series Maverick to any Baby Boomer, the first name they are likely to mention is James Garner. Yet, here’s a fun fact. Garner starred in less than half of the Maverick episodes filmed!

The Maverick TV series was very popular, running from the fall of 1957 through the summer of 1962 or 5 full seasons. But Garner left the show after Season 3 and even then, he shared the first 3 seasons with actor Jack Kelly, who played brother, Bart Maverick to Garner’s Brett. 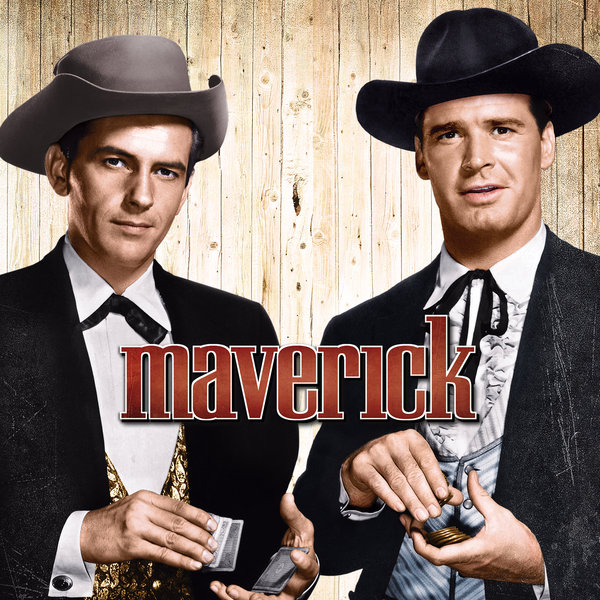 The show had been created for Garner by Roy Huggins. But it very quickly fell behind schedule. They just couldn’t finish an episode a week. So brother Bart was created. That way, two crews could be working separately – one with Garner and one with Kelly. It was a formula that worked so well, Warner Brothers adapted it to the mystery series they began cranking out (77 Sunset Strip, Hawaiian Eye, and others). Each show was given more than one leading man and multiple episodes could then be in production simultaneously.

The series itself was a departure for prime-time Westerns of the time. For one, Maverick featured a lot more tongue-in-cheek humor. Second, the Maverick boys were not lawmen. They were professional gamblers who, if they didn’t really break the law, certainly bent it out of shape on any number of occasions. While the boys got into their share of fights, they frequently came out of those fights the losers; and they used their guns a whole lot less frequently than TV cowboy contemporaries. 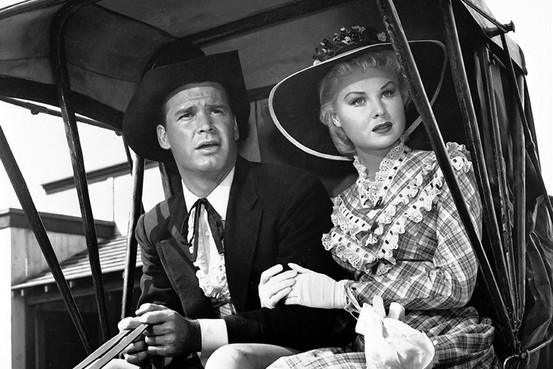 For whatever reason, audiences took a greater liking to Garner than Kelly. In fact, James Garner became one of the first actors who could move from TV to feature films and then back to TV with ease. He left Maverick after 3 seasons partially because he didn’t like his salary arrangements (a frequent theme in Garner’s career) and partially because he was being offered feature film work. He went on the star in two Doris Day comedies and even played Raymond Chandler’s famous detective Philip Marlowe in a movie based on Chandler’s novel The Little Sister (but titled Marlowe for the movies).

When Garner left, Warner Brothers added yet another Maverick to the cast. This was an English cousin named Beau, played by Roger Moore. In a twist of casting fate, producers nearly selected Sean Connery for the part. Moore, of course, would later succeed Connery as Bond… James Bond.

Towards the end of Season 4, they added one more Maverick brother, Brent, played by Robert Colbert. Colbert bore a striking resemblance to Garner and was placed in the show over his own objections. In the end, he only appeared in two episodes. 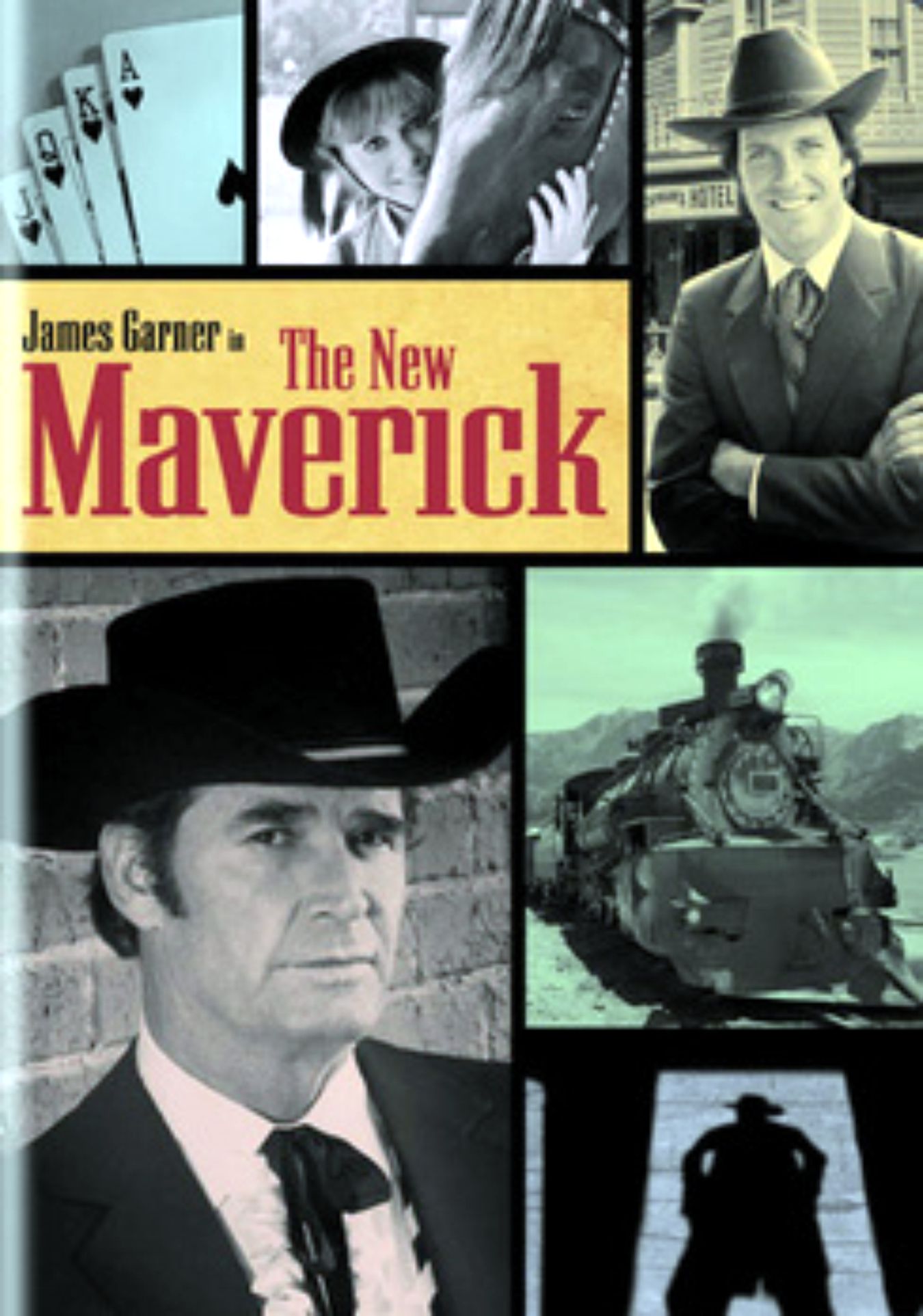 In 1978, an attempt to create an updated series began with the made-for-TV movie The New Maverick. Charles Frank starred as the son of Beau Maverick with Garner and Jack Kelly on hand to reprise their roles, now as the father figures to the younger gun. The resulting TV series (named Young Maverick) lasted only 7 episodes.

Up next for Garner was the very popular Rockford Files series, co-created by Roy Huggins, who said his goal was to do a series that basically placed the Maverick character into the modern world.

When Rockford ceased production, Garner finally returned as Brett Maverick in 1981 in a brand-new series called, what else - Brett Maverick. This time around, Brett was running a saloon in Arizona that he won in a poker game (natch). Jack Kelly made one appearance as Bart. The show achieved respectable ratings and the producers were gearing up for a second season, this time including Kelly as a full-time cast member, when NBC decided to cancel the show. 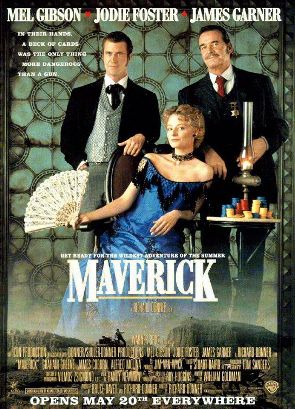 Garner’s final connection to the character came in the 1994 big budget film version of Maverick that starred Mel Gibson. Garner played Marshall Zane Cooper, who turned out to be >SPOILER ALERT< Maverick’s long-talked about, but never seen “Pappy.”

Maverick has remained remarkably popular in reruns (especially for a black & white show) and its entire run as well as the single season of Brett Maverick are available on home video.

Sing along with us, won’t you:

Who is the tall dark stranger there?
Maverick is the name
Ridin’ the trail to who knows where
Luck is his companion

Gamblin’ is his game
Smooth as handle on a gun
Maverick is the name
Wild as the wind in Oregon
Blowin’ up a canyon
Easier to tame.

Riverboat, ring your bell
Fare thee well, Annabelle
Luck is the lady that he loves the best
Natchez to New Orleans
Livin’ on Jacks and Queens
Maverick is a legend of the West

Maverick is a legend of the West! 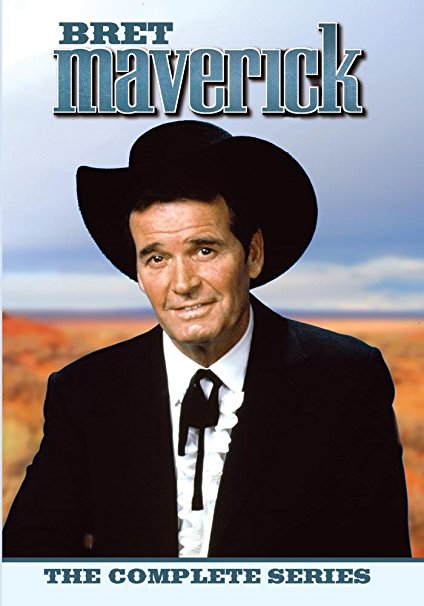